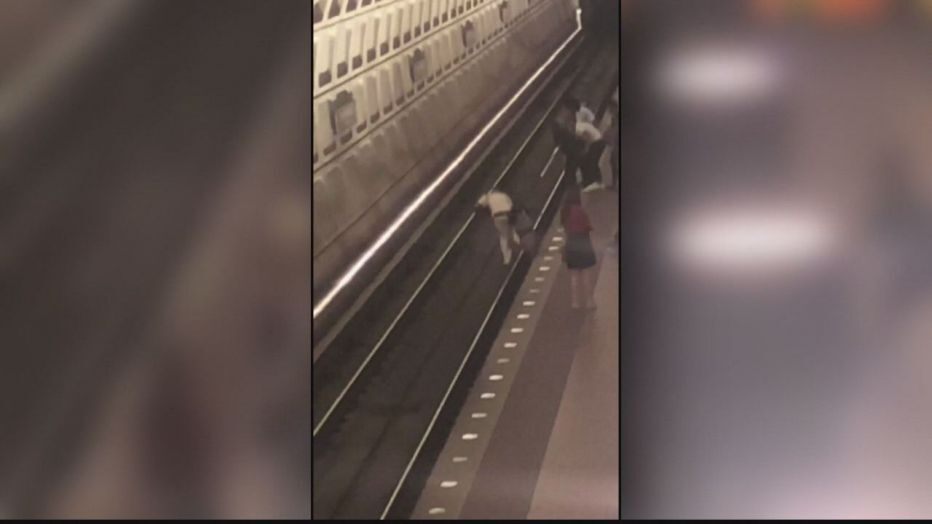 A group of “nearly half a dozen teens” were caught on tape attacking an innocent man in Washington, DC before shoving him onto Metro’s potentially deadly electrified tracks.

EXCLUSIVE VIDEO: @MetroTransitPD confirms 4 minors have been arrested and are being held after victim says they randomly attacked and pushed him on to tracks at Navy Yard last Fri. Hear from victim tonight at 10. @fox5dc pic.twitter.com/PIgeBTfI4h

As Lambert reported, so far four minors allegedly involved in the assault have been arrested.

Video captured by a witness and obtained exclusively by FOX 5 shows a man attacked by a group of teens and pushed onto the Metro tracks last Friday.

The man spoke to FOX 5 about the ordeal, which he says almost cost him his life and broke his knee cap. He is now out of work until his injury heals.

The man, who asked not to be identified, said the attack began when a teen slapped him randomly on a train headed toward Gallery Place. He got off at the Navy Yard stop to try and identify the teen who assaulted him and that is when nearly a half dozen teens attack, shoving him into the tracks.

Video shows the man falling on to the tracks and appear to touch the electrified third rail. He explained that his hand luckily made contact with the rail’s cover.

Watch FOX 5 DC’s report on the incident, which includes an interview with the victim:

FOX 5 DC reported the details of the attack “only became known because the victim contacted FOX 5.”