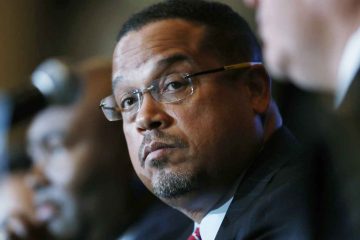 The report exposes reckless spending by a Minnesota School Board that has pushed a radical, political agenda on parents, students, & staff.

As I previously reported, Minnesota schools are being pushed by Islamic supremacists to force educators to bow to Islam, referencing Western culture as “Christian Privilege.”

Minnesota school boards are receiving a three-page handout with the full support of their jihad Attorney General Keith Ellison, aka Hakim Muhammad that seeks to indoctrinate educators against “islamophobia” while attacking what they refer to as “Christian Privilege.”

With that said, Dr. Muhammad Khalifa is the author of the three-page propaganda piece.

Dr. Khalifa is an associate professor in the Department of Organizational Leadership, Policy and Development at the University of Minnesota, Twin Cities. He also has been engaged in “equity audits” in US schools. Khalifa is also an author of several books, including Leading with Community: Culturally Responsive School Leadership for Minoritized Youth

, The School to Prison Pipeline: The Role of Culture and Discipline in School

and Becoming Critical: The Emergence of Social Justice Scholars

Understand that the contents of the propaganda below, and propaganda it is, was paid for with your tax dollars via a grant from the US Department of Education (Grant Soo4D110021).  The grant itself is as unconstitutional as the Department of Education and the extention to use government money, which is taxpayer money to promote Islam is a clear violation of the First Amendment.

Here are the documents.

Islamophobia and Christian … by Tim Brown on Scribd