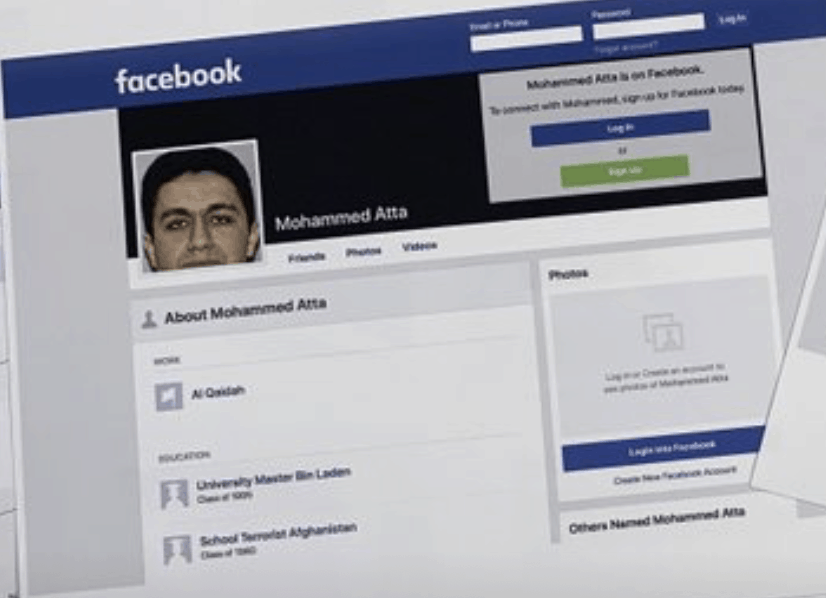 Don’t you wish Facebook would auto-generate pages for conservative causes instead of… literal Islamic terrorists?

Trump supporters….terrorists… Big tech thinks they are the same thing, but Facebook has only banned the Trump-supporting conservatives. Terrorism and actual dangerous individuals are still thriving on social media.

LauraLoomer.us reported in May on the original whistleblower complaint filed against Facebook by the Securities and Exchange Commission (SEC) for this practice:

After banning several high profile conservatives from Facebook and Instagram this week, accusing them of being “dangerous individuals”, Facebook has been caught supporting ISIS propaganda by allowing the Islamic terrorist organization to use Facebook for recruitment.

In a complaint submitted to the Securities and Exchange Commission, a whistleblower alleged that Facebook has been auto-generating video propaganda for ISIS and is failing to remove blatantly obvious ISIS symbols, including profile banners of the ISIS flag.

The complaint includes a study that shows Facebook used its auto-generating feature to produce videos that inadvertently help ISIS’s exploits.

On Wednesday, the Associated Press reported that the complaint has been updated with further whistleblower information that National Whistleblower Center plans to announce this week.

“The filing obtained by the AP identifies almost 200 auto-generated pages — some for businesses, others for schools or other categories — that directly reference the Islamic State group and dozens more representing al-Qaida and other known groups,” according to the report. “One page listed as a ‘political ideology’ is titled ‘I love Islamic state.’ It features an IS logo inside the outlines of Facebook’s famous thumbs-up icon.”

Islam is indeed a political ideology. Anyone who denies this is generally ignorant and/or self-interested, seeking to paint criticism of Islam as anti-Muslim bigotry for political gain.

The complaint lists several examples of Islamism pervading Facebook that apparently aren’t auto-generated. One user page, it said, was made for Mohammed Atta, the ringleader of the 9/11 attacks. His employment was listed as “Al Qaidah,” while his education was “University Master Bin Laden,” and “School Terrorist Afghanistan.” User pages are different from group pages in that they must be created by a human. But the creation of the user pages leads to the auto-creation of the groups.

The company’s auto-generated group pages are ideally built for business networking. They scrape users’ employment information to create groups for networking. Thus, if users are creating pages glorifying terrorism and listing employment with terror groups, auto-generated pages will pop up for such opportunities, making them the perfect breeding ground for terror recruitment.

All this occurs, of course, while Facebook actively nukes personal accounts of American conservatives for being “dangerous.”

Not to worry, though. Facebook says it’s monitoring the terrorists, too.

“Our priority is detecting and removing content posted by people that violates our policy against dangerous individuals and organizations to stay ahead of bad actors,” a spokesperson told AP. “Auto-generated pages are not like normal Facebook pages as people can’t comment or post on them and we remove any that violate our policies. While we cannot catch every one, we remain vigilant in this effort.”

Laura Loomer has filed a lawsuit against Facebook for defamation after the company branded her as a “dangerous individual” in May, and permanently banned her. The same day Loomer filed her lawsuit, Facebook updated their terms of service to say that it was ok for their nearly 2 billion users to incite violence against individuals Facebook has deemed “dangerous”.