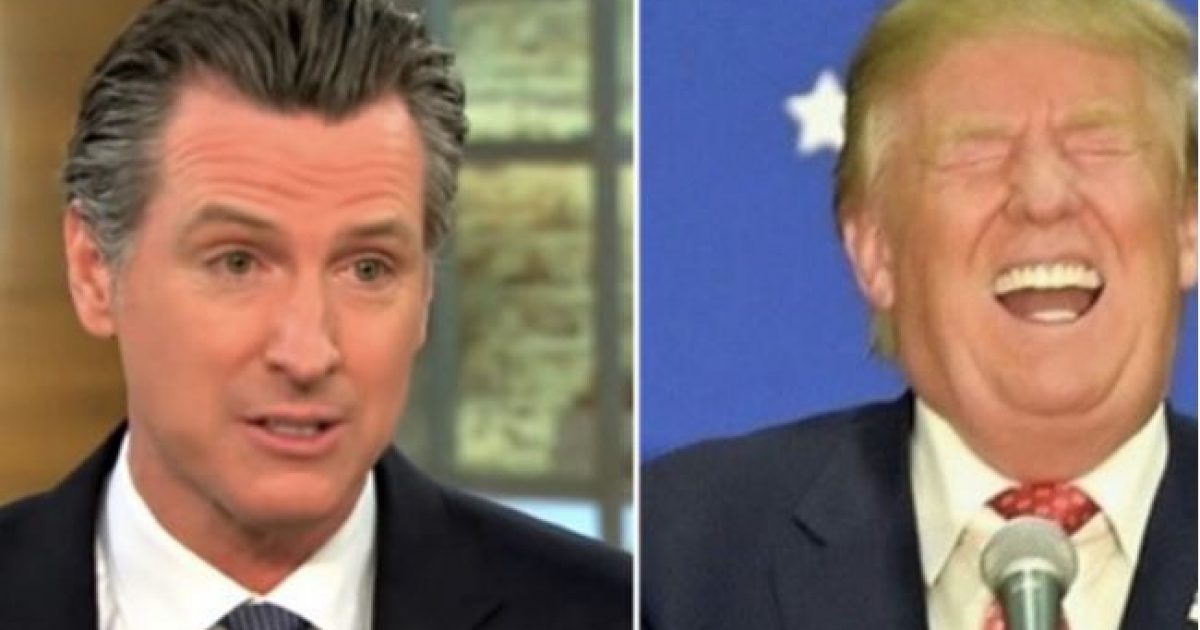 (Market Watch) President Donald Trump said the Environmental Protection Agency will be “putting out a notice” of violations in San Francisco related to its homeless population.

Trump told reporters Wednesday aboard Air Force One that a tremendous amount of waste, including needles, is going through storm drains into the ocean.

Trump said: “They have to clean it up. We can’t have our cities going to hell.”

Newsom was the mayor of San Francisco until 2011 when he moved on to become California’s lieutenant governor.  San Francisco is still suffering from his liberal policies.

Earlier this year, Newsom was sworn in as California’s Governor.

Now Newsom, who has defied President Trump’s America First agenda at virtually every turn, from sanctuary cities to border protection, is asking the president to save him from his homelessness crisis.

Newsome is calling on the Trump administration to help issue housing vouchers in the amount of $50,000 to ‘help’ low income families subsidize the cost of their rent.

Pause to laugh.  With an estimated 130,000 homeless people in California, Newsome is conceivable asking for $6.5 Billion from President Trump to bail him out of this mess.  Not likely.

For comparison purposes the median family income nationwide is approximately $60,000.

The high cost of living, coupled with the nation’s highest tax rates have led to the outward migration of nearly 140,000 taxpayers annually.

That’s a whole lot of tax dollars leaving the state every year.  And it’s cumulative, year over year meaning the burden on the remaining taxpayers is becoming more onerous, and compounding the problem of the fleeing middle class.

Because of California’s homelessness crisis and the accompanying lack of adequate sanitation, there has been an outbreak of medieval diseases like Typhus and Bubonic Plague.

Governor Newsom, however, would rather focus on plastic straws than on discarded needles.

Newsom, who has constantly told President Trump to stay out of California’s business, is nothing if not a disingenuous politician.

President Trump’s threat of sending in the EPA is schadenfreude at its best.

Perhaps because Trump actually has the cojones to challenge liberals and the failed policies they espouse, and not to bail them out with other people’s money, sensible people are taking notice.

In California, the movement to recall Governor Newsom is already under way.