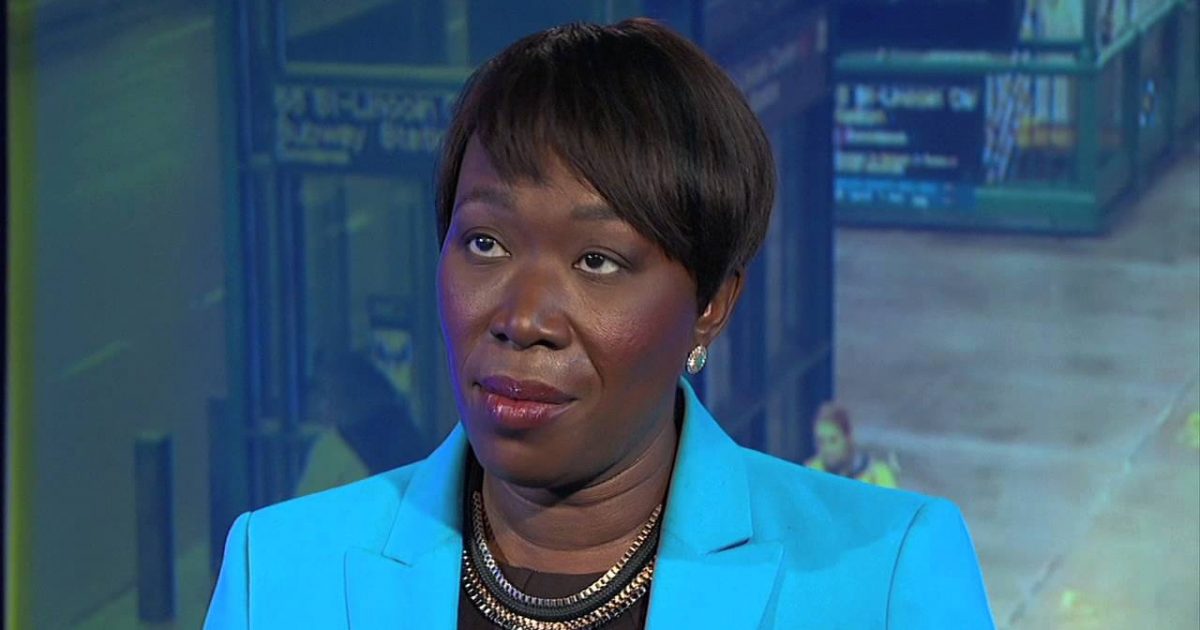 While speaking at an event for the American Federation of Teachers union, MSNBC propagandist Joy Reid falsely claimed that rich white Christians are ready and willing to implement apartheid in the United States, the Washington Examiner reported on Wednesday.

“No country is an eternal democracy. Democracy is extremely fragile, and multiracial democracy is so fragile, we’re practically the only one that’s pulled it off,”she said on Tuesday before donning her tinfoil hat.

“This is a very difficult thing to maintain. And when you have a very determined minority, in this case wealthy white men and wealthy, white Christian men and Christian Americans who are of the fundamentalist variety, who are very clear that no matter what happens, if they have to pull the South Africa model to maintain power forever, they will do it. And they’re not afraid of it, and they’re increasingly open about it, and Donald Trump is merely the avatar for this. He didn’t create it, he simply benefited from it,” she added.

Here’s video of her false, racist and bigoted comment:

Of course, everything Reid said is an abject lie intended to stoke hatred and bigotry against white people and Christians in particular, but this is the kind of thing we’ve come to expect from the left.

A post at the Washington Free Beacon further noted:

Reid has also come under fire for failing to provide evidence of her claim that hackers created a series of fake posts on her blog to discredit her. The posts, which were up for years on her blog “The Reid Report,” contained homophobic language, 9/11 conspiracy theories, and other inflammatory material. She apologized but also alleged some of the posts were the product of “hackers” and called for a federal investigation. She later dropped the call for an investigation.

Who the hell is Joy-Ann Reid? Never met her, she knows ZERO about me, has NO talent, and truly doesn’t have the “it” factor needed for success in showbiz. Had a bad reputation, and now works for the Comcast/NBC losers making up phony stories about me. Low Ratings. Fake News!

Reid, by the way, is the MSNBC hack who said Rep. Steve Scalise deserved to get shot by a radical left-wing nutcase because of his conservative record.  Let that sink in.