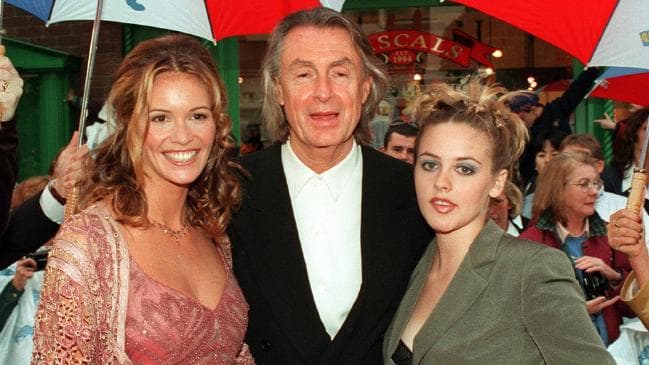 These are the people that we are paying millions of dollars to entertain us America.

Joel Schumacher is a Hollywood director who admits that he is gay.

His film directing credits include Phantom of the Opera, St. Elmo’s Fire, Batman Forever and The Lost Boys.

As a side note, please keep in mind that both Corey Feldman and Corey Haim were cast in The Lost Boys.

We may never know of a specific connection there but odds are good that there is one since Joel Schumacher has admitted to having sex with between 10,000 and 20,000 partners.

Turns out Joel Schumacher‘s box-office figures aren’t the only sky-high record he’s got.

The 79-year-old director of smashes like St. Elmo’s Fire, Batman Forever and The Lost Boys recently gave a wide-ranging interview to Vulture in which he detailed some of the more fabled elements of his past, including his drug use and promiscuity.

“Have you ever guessed the number of partners you’ve had?” interviewer Andrew Goldman asked him, to which Schumacher responded, “It would be in the double-digit thousands, but that is not unusual.”

“Double-digit thousands. You mean like 2000 or 3000?” Goldman responded. Schumacher corrected him by clarifying: “That’s not double digits, that’s single digits.”

But the director remained nonchalant about a record that puts Wilt Chamberlain or Gene Simmons to shame: “It’s available,” he said simply.

“Now, a lot of gay people are getting married, they’re adopting or they’re having children,” Schumacher said later in the interview. “There wasn’t any of that when I was young. If you went into a gay bar and there were 200 men in there and you said, ‘OK, who wants to have a little house with a white picket fence and a dog and a child raise your hands’, or ‘Who wants to get laid tonight?’ The concept of a lovely suburban life or raising children was not a high concept.”

Asked if he knew how many sexual partners he has had, he said: “It would be in the double-digit thousands, but that is not unusual.

It is technically possible that Schumacher has had sex with 20,000 men, which is equivalent to hooking up with a different man every day for 55 years.

I ask you America, is spending your money at the movies really worth financing the lifestyle of degenerates like this man?

That is a serious question and deserves serious contemplation from everyone.

No one really cares what people do in private…

Was Wilt Chamberlain a hero when he talked about the thousands of women he slept with?

Maybe to your average pervert he was.

When someone gets to 5-figures with sex partners, and we finance their lifestyle by paying them millions of our dollars, I think it is time for America to do a serious gut check and simply stop paying outrageous ticket prices to support deviant culture.

If you want to support Hollywood, that’s your business.

But keep in mind that these people are targeting YOUR CHILDREN.