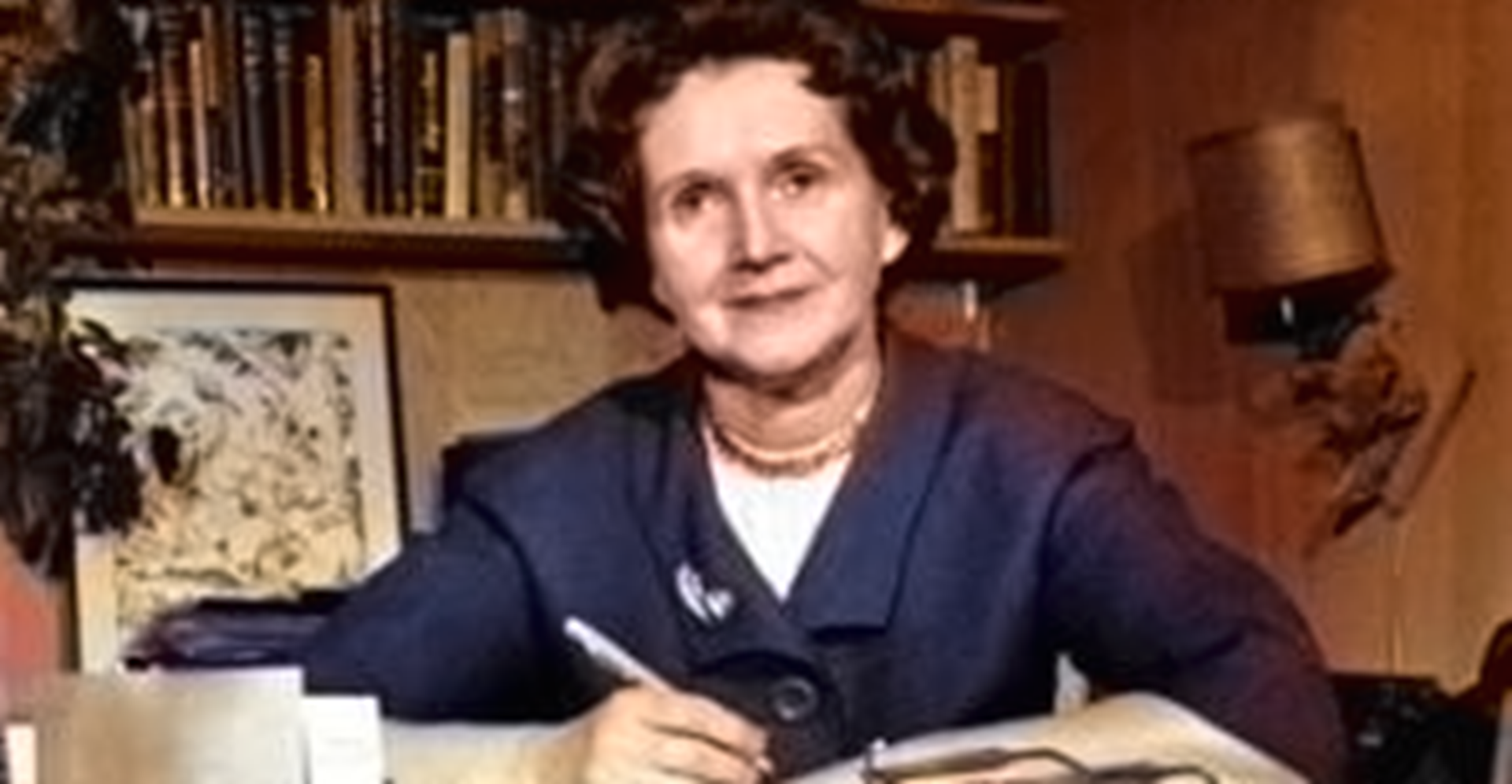 On Jan. 24, 2017, PBS aired a two-hour special on Rachel Carson, the mother of the environmental movement. Although the program crossed the line from biography to hagiography, in Carson’s case, the unbridled praise was well deserved – with one exception.

Unfortunately, the PBS documentary neglected to mention that in her groundbreaking book, Silent Spring, Carson had made one critical mistake – and it cost millions of people their lives.

On Nov. 1, 1941, Rachel Carson published her first book, Under the Sea-Wind. Although written for adults, the book had a child-like sense of wonder. Under the Sea-Wind told the story of Silverbar, a sanderling that migrated from the Arctic Circle to Argentina; Scomber, a mackerel that traveled from New England to the Continental Shelf; and Anguilla, an American eel that journeyed to the Sargasso Sea to spawn. “There is poetry here,” wrote one reviewer.

On July 2, 1951, Carson published her second book, The Sea Around Us. Two months later, The Sea Around Us was #1 on the New York Times bestseller list, where it remained for 39 weeks: a record. When the dust settled, The Sea Around Us had sold more than 1.3 million copies, been translated into 32 languages, won the National Book Award, and been made into a movie. Editors of the country’s leading newspapers voted Rachel Carson “Woman of the Year.”

In October 1955, Carson published her third book, The Edge of the Sea, a tour guide for the casual adventurer. The New Yorker serialized it, critics praised it and the public loved it: more than 70,000 copies were sold as it rocketed to #4 on the New York Times bestseller list.

Today, most people under the age of 40 have probably never heard of Rachel Carson. But in the early 1960s, almost every American knew her name.

On Sept. 27, 1962, Rachel Carson changed her tone. Her next book, Silent Spring, which she called her “poison book,” was an angry, no-holds-barred polemic against pesticides: especially DDT.

The first chapter of Silent Spring, titled “A Fable for Tomorrow,” was almost biblical, appealing to our sense that we had sinned against our Creator. “There was once a town in the heart of America where all life seemed to live in harmony with its surroundings. Then a strange blight crept over the area and everything began to change… the cattle and sheep sickened and died… streams were lifeless… everywhere there was the shadow of death.”

Birds, especially, had fallen victim to this strange evil. In a town that had once “throbbed with scores of bird voices there was now no sound, only silence.” A silent spring. Birds weren’t alone in their suffering. According to Carson, children suffered sudden death, aplastic anemia, birth defects, liver disease, chromosomal abnormalities, and leukemia – all caused by DDT. And women suffered infertility and uterine cancer.

In May 1963, Rachel Carson appeared before the Department of Commerce and asked for a “Pesticide Commission” to regulate the untethered use of DDT. Ten years later, Carson’s “Pesticide Commission” became the Environmental Protection Agency, which immediately banned DDT. Following America’s lead, support for international use of DDT quickly dried up.

Although DDT soon became synonymous with poison, the pesticide was an effective weapon in the fight against an infection that has killed – and continues to kill – more people than any other: malaria.

By 1960, due largely to DDT, malaria had been eliminated from 11 countries, including the United States. As malaria rates went down, life expectancies went up; as did crop production, land values, and relative wealth.

Probably no country benefited from DDT more than Nepal, where spraying began in 1960. At the time, more than two million Nepalese, mostly children, suffered from malaria. By 1968, the number was reduced to 2,500; and life expectancy increased from 28 to 42 years.

After DDT was banned, malaria reemerged across the globe:

Since the mid-1970s, when DDT was eliminated from global eradication efforts, tens of millions of people have died from malaria unnecessarily: most have been children less than five years old. While it was reasonable to have banned DDT for agricultural use, it was unreasonable to have eliminated it from public health use.

Environmentalists have argued that when it came to DDT, it was pick your poison. If DDT was banned, more people would die from malaria. But if DDT wasn’t banned, people would suffer and die from a variety of other diseases, not the least of which was cancer. However, studies in Europe, Canada, and the United States have since shown that DDT didn’t cause the human diseases Carson had claimed.

Indeed, the only type of cancer that had increased in the United States during the DDT era was lung cancer, which was caused by cigarette smoking. DDT was arguably one of the safer insect repellents ever invented – far safer than many of the pesticides that have taken its place.

Carson’s supporters argued that, had she lived longer, she would never have promoted a ban on DDT for the control of malaria. Indeed, in Silent Spring, Carson wrote, “It is not my contention that chemical pesticides never be used.” But it was her contention that DDT caused leukemia, liver disease, birth defects, premature births, and a whole range of chronic illnesses.

An influential author can’t, on the one hand, claim that DDT causes leukemia (which, in 1962, was a death sentence) and then, on the other hand, expect that anything less than that a total ban of the chemical would result.

In 2006, the World Health Organization reinstated DDT as part of its effort to eradicate malaria. But not before millions of people had died needlessly from the disease.

Reprinted from The Daily Beast.

Paul A. Offit is a professor of pediatrics and director of the Vaccine Education Center at the Children’s Hospital of Philadelphia. He is the author of Pandora’s Lab: Seven Stories of Science Gone Wrong (National Geographic Press, April 2017).