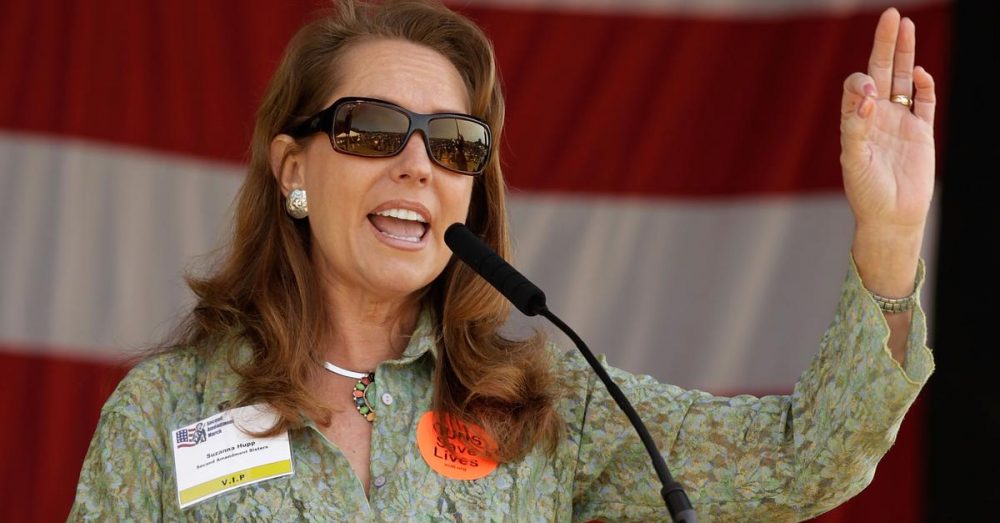 Since surviving a 1991 mass shooting at a Luby’s in Killeen, Suzanna Gratia Hupp has lobbied for looser gun control laws that she says could have allowed her to save the 23 victims, including both of her parents.

“I reached for the gun in my purse on the floor next to me,” Hupp told a congressional committee Wednesday during a hearing on the economic costs of gun violence. She recounted the moments after the killer, George Hennard, crashed his pickup into the restaurant where she was eating with her parents and opened fire. “But then I realized that a few months earlier I had made the stupidest decision of my life. My gun was 100 yards away, dutifully left in my car to obey the law because at that time in the state of Texas, carrying a handgun was illegal.”

Hupp’s campaign to ease restrictions on guns has spanned several decades. She won a seat in the Texas House, where she served for 10 years. On Wednesday, she told her story during a hearing of the Joint Economic Committee.

Hupp, a chiropractor, was invited by fellow Republicans, and she focused her testimony on what she called “the high cost of gun control.”

Few GOP members of the committee attended the hearing, which lasted nearly two hours. Democrats used the opportunity to make their case for strengthening background checks for gun purchases and passing “red flag” laws that let law enforcement seize firearms from people deemed dangerous. The Texans on the panel, both Republicans — Sen. Ted Cruz and Rep. Kenny Marchant of Coppell — did not attend.

Gun control has been at the forefront for Congress since lawmakers returned from summer recess last week. In August, mass shootings in Texas left 22 people dead at a Walmart in El Paso and seven dead in Odessa and Midland.

Democrats on the panel published a report before the hearing that estimated that gun violence costs the U.S. $229 billion a year. The report also said that in 2017, almost 40,000 people died from gun-related injuries, including 2,500 school-age children. Six in 10 of the gun deaths were suicides.

The report, compiled from sources including the anti-gun-violence Giffords Law Center, the World Bank and the U.S. Center for Economic Analysis, put the annual cost of gun violence in Texas at $16.6 billion. A Texas resident died by gun violence every three hours, the report said.

Hupp criticized gun control proposals floating around Congress, in particular, the demand from former El Paso congressman Beto O’Rourke, who has focused his presidential campaign on a crusade to tighten gun laws and to ban and confiscate assault-style weapons. Tighter background checks “always lead to confiscation,” she asserted after the hearing. She called red flag laws unnecessary and mandatory gun buybacks a “hugely bad idea.”

“Representative O’Rourke finally said out loud what many have obfuscated for years,” she testified. “He essentially said he does want to take away the guns that are designed to kill. And let me assure you, if someone threatens me or mine, that’s exactly what I want it to do.”