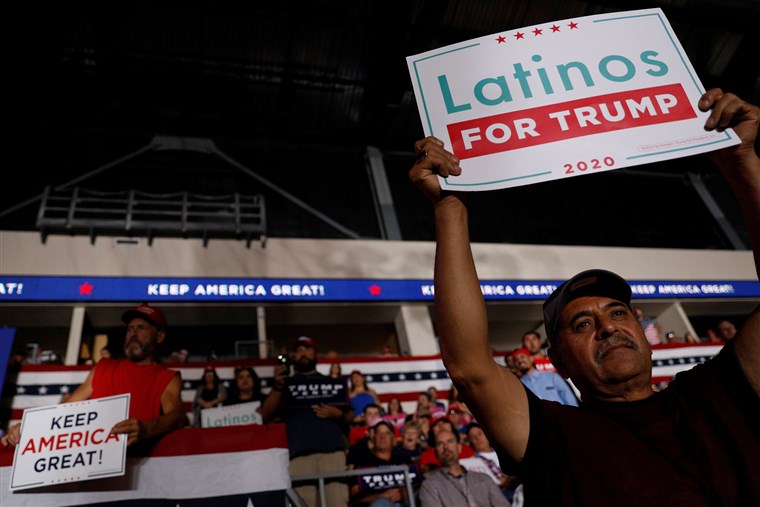 Wednesday, the entire leadership team for Latinos for Trump was suspended from Twitter, according to a press release.

“On September 18th, Twitter management suspended the accounts for the entire leadership team of Latinos for Trump organization, who operates under Americanos. As a company that claim’s [sic] its purpose is ‘to serve the public conversation,’ the unjustified suspensions of these accounts is not only contrary to their stated purpose, but also silences the voice of a significant minority group,” the release said.

Twitter censorships is a topic with which we are familiar at LauraLoomer.us. The company suspended our own Laura Loomer, who had more than 260,000 followers, last November. The suspension came after Loomer called Muslim Rep. Ilhan Omar (D-MN) “anti-Jewish,” which is demonstrably true. Her ban was facilitated by the Council on American-Islamic Relations’ (CAIR) Zahra Billoo. She is suing both Twitter and CAIR over the ban. (RELATED: Women’s March Trades Jew-Hating Board Member For A Worse Jew-Hating Board Member)

As usual, Twitter provided no reasoning for suspending Latinos for Trump.

“Twitter suspended our user accounts without providing a warning and without providing a reason for the suspension,” the press release said. “We are still conducting an internal review of the situation but have found nothing to justify a suspension. What we have found is the suspect timing and comprehensive nature of the suspensions. These suspension [sic] came in less than 48 hours since President Trump held his rally in New Mexico. During this rally, numerous Hispanic supporters where seen on TV wearing ‘Latinos for Trump’ T-shirts. In less than 48 hours later, all our leadership accounts were suspended by Twitter.”

Interestingly, we reported earlier today that Twitter briefly suspended the account of the Second Amendment Foundation (SAF) just days before a large conference in Phoenix, Arizona. The time of that suspension seemed suspicious, too.

Bianca Garcia, the president of Latinos for Trump and the person who signed the press release, called Twitter’s actions “discriminatory,” and claimed that they were behaving secretively.

“Although Twitter claims to enforce their rules ‘impartially and consistently’ and will let someone know “about actions taken against your account and why,” they have not. Although Twitter claims to ‘be transparent about actions we take,’ they have not,” the release said. “We are deeply troubled by the overly secretive and discriminatory actions by Twitter management against our Latino based group. We also invite greater public scrutiny into the troubling actions of Twitter.”

Once again, Twitter finds itself facing questions about alleged censorship of conservatives. Though the company claims that it has no political bias, instances of suspensions among conservatives abound. Many of the influencers who rallied their followers in support of President Donald J. Trump in 2016, including Loomer, Milo Yiannopoulos, Alex Jones, and Gavin McInnes, are all permanently banned from the platform.

While Congress and Trump have spoken about taking action to ensure that Big Tech cannot arbitrarily censor conservatives, progress has been slow. In the run up to 2020, it is going to be critical for Trump to have his most ardent supporters, including Latinos for Trump and the aforementioned banned individuals, to be active on social media.