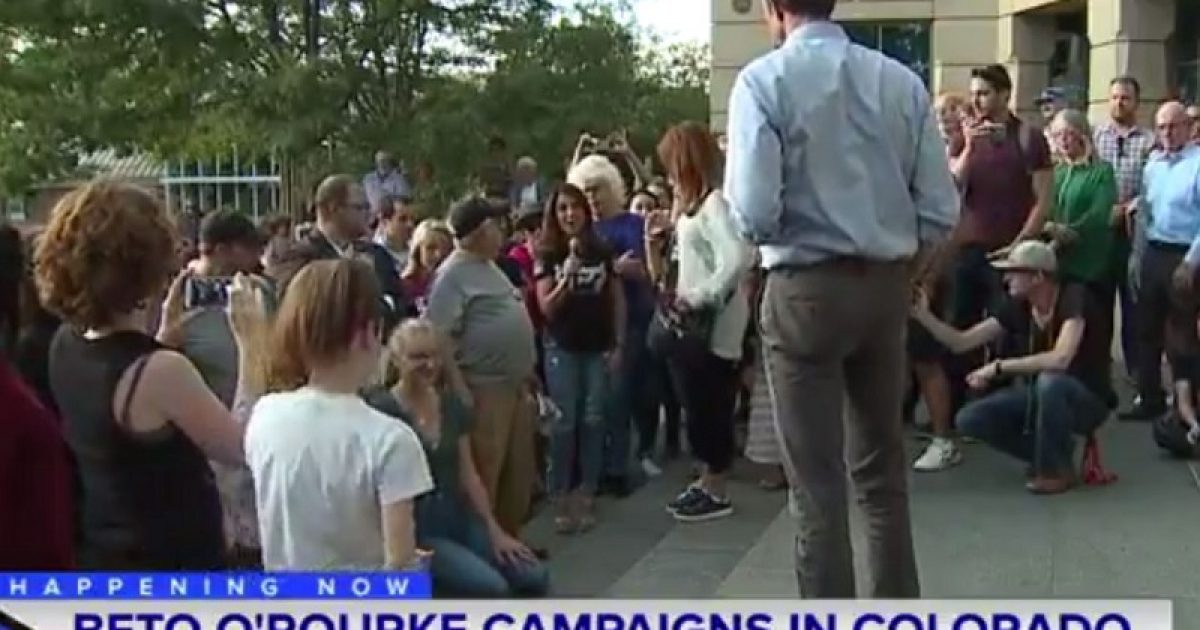 While campaigning in Colorado, Beto O’Rourke, the dirt-eating, America-hating, wannabe tyrant who said he would make gun owners sell their weapons to the government, met a law-abiding gun owner who told him in no uncertain terms, “hell, no.”

“I was one of the gun owning Americans that heard your speech and heard what you had to say regarding ‘hell yes, we’re going to take your AR-15s and your AK-47’ and well, I am here to say hell no you’re not. So, with that, I would like to know how you intend to legislate evil, because it’s not the gun it’s the heart of the man,” the woman asked Beto.

“So, I want to know how you intend to legislate the hearts of men and leave American citizens like myself, American mothers — I have four children — I’m 5’0 and 100 pounds, I cannot really defend myself with a fist,” she added later.

A man in the crowd asked the woman if she brought an AR-15.

But the brave woman wasn’t finished.  She went on to call O’Rourke out for his criminal record and said that, “burglars do not like armed defense.”

To his credit, O’Rourke did not try to silence her, although many in the audience did.  Instead, he quieted his supporters, telling them more than once that she had a right to speak her mind.

Here’s video as posted to Twitter by the Washington Examiner:

A pro-2A Mother confronts @BetoORourke and asks him how he plans to take guns away from law-abiding citizens.

"I am here to say hell no, you're not," the woman responded. pic.twitter.com/9oOkmCDgGv