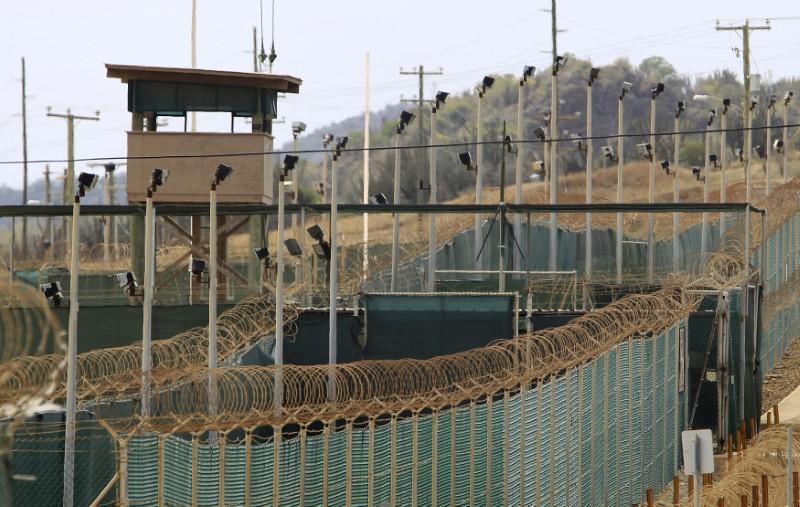 I’ve brought you the story of political prisoner Schaeffer Cox and how our own government plotted to murder him, his wife and his son after he exposed their corruption and human trafficking in Alaska during his congressional candidacy.

In a letter by Schaeffer Cox on the FreeSchaeffer.com website, he recounts something that happened in the very illegal place under our Constitution where he is being unlawfully held:  “I have the same horrible nightmare every night.”

Cox recalls what happened to a Christian friend of his in the same room that he was being held in when the man would not convert to Islam.  Keep in mind that there are Christians held in this facility in Indiana in order to offset the massive number of Islamists that are held captive there… not Guantanamo Bay.

I need to get some things off my chest.

My good friend was taken hostage when the Jihadi fighters in here attacked the Christians who wouldn’t convert to Islam.

His hands and feet were bound then, while he was still alive, the terrorist started sawing his head off with a long piece of wire, executing him ISIS style.

He must have hit a bone or something, because he couldn’t get his neck completely severed.

It was a gruesome death. He was a good man, soft spoken and kind. He played guitar for our Bible studies. I could smell his life blood as he bled out on the floor of the cell. It smelled like a handful of wet pennies. The memory haunts me.

As soon as the 1st target was dead, the ISIS terrorist moved on to attack my other friend, stabbing him 12 to 15 times.

I don’t know how he survived. But he did. He had holes all over his neck, chest, and torso. After it was all over, I put my finger in his wounds, utterly astonished.

But what was even more astonishing is how the attack was stopped. A 3rd dear Christian friend of mine simply commanded the terrorist to stop. Just two words, calmly spoken to a man in a demonic stabbing frenzy. The terrorist froze instantly, knife in his fist, mid–stroke, trembling as if held still by invisible hand. Then he put the knife in his pocket, turned, and walked away. It was like Jesus had told the waves to “be still.”

There’s more I don’t really want to talk about. I was next on the list to be killed, along with two other Christians. But the terrorist attack had been cut short.

What happened next really shocked me. The Deep State bureaucrats who run this black–site prison (nicknamed “Little Guantanamo”) went into overdrive trying to cover it up. They swept the whole terror attack under the rug. Would you know any of this if I hadn’t written you this letter?

The Deep State thinks it’s better to give ISIS terrorists a free pass on martyring Christians in here, than risk bringing unwanted attention to this secret prison.

My friend who was taken hostage and executed ISIS style was only a few months from finishing his sentence and getting out of prison. I wonder what his children were told by the prison? Surely not the truth. Probably just “No Comment,” or “It’s under investigation.”

Someday, if I get out of here, I’ll have to go find his kids and tell them about their father. That he was a good man, who died for his faith.

Meanwhile, President Donald Trump and Congress remain silent on this injustice.  They continue to funnel money into this illegal prison and allow Christian men who have committed no crime to be subjected to “cruel and unusual punishment,” something that the Constitution is supposed to ensure does not take place.

If you are inclined there are a number of people you can contact on behalf of Schaeffer Cox and request they get involved to see to it that he be released as soon as possible.

Contact the White House and President Donald Trump. You can do so by clicking here.  Tweet To President Trump here.

Contact the US Department of State and Secretary Mike Pompeo.  You can do so by clicking here. Tweet to Secretary Pompeo here.

However, Cox wanted to write about black-site prisons and what he has had to face as a political prisoner in the world of such lawless men as US Senator Lindsey Graham who have pushed this very agenda before.

You Can Donate To Schaeffer Cox By Clicking Here.

This black–site prison is really taking its toll on me. It’s very strange to live in a cage with terrorists who want to kill all Americans; to pass in the hall the people who martyred my friend, wounded another, and meant to kill me. We never speak. We just try to stay out of each others way.

I’m starting to go numb from all the danger and injustice. But one thing I can’t go numb to is the pain I know my two little children are feeling because I’m gone.

I have the same horrible nightmare every night. I see my son, Seth, and my daughter, Bri. They are lost and looking for me. It’s starting to get dark. Bri cries, and Seth holds her hand to comfort her. But they can’t find me.

I bolt upright in my bed, frantic to go take care of my children. Only to see the prison bars, and the locked steel door to my cell, and realize I’m still in prison.

God of Mercy, it’s awful. I’ve endured physical torture of the type that goes on at Guantanamo bay and Abu Ghraib. But nothing compares to the anguish my heart feels for my children. I’ve been away from them too long! And if I don’t get out of here, then they will NEVER know their father.

Cox then goes on to thank those that have been involved in trying to at least get him released from prison very soon.  Many activists have banded together with a $25,000 reward for information that would exonerate him.

Yet, Cox wanted to thank the people who have been speaking out on his behalf and ask them to continue to do so.

“But now, thanks to YOU, I got some charges overturned, and I’m going back to court to get my sentence reduced,” he wrote.  “I owe you my life for making this possible. YOUR donation helped right a terrible wrong.”

The Judge could possibly reduce my sentence enough to let me out right away. Or he could not reduce it much at all. He has broad discretion. So we need to show him evidence of my innocence.

But to have an investigator collecting that evidence full–time between now and when I get sentenced will cost $11,800 at a minimum. But maybe like $13,000.

Let me confess; I’m afraid to get my hopes up. I know there is a very real possibility that if we present the evidence, I’ll be set free. But I’m scared of what will happen if we drop the ball and go into court unprepared. It feels good when you stand by me. Thank you.

Do you know how bad I want to send you a letter announcing that I’m free and making up for lost years with my little children?

We are so close to bringing this horror story to an end. We’ve come this far because of you. Now everything you and I have invested in is coming to a head, and I’m feeling overwhelmed. Does that make sense?

I’ll either hold my children in my arms in real life, or have to see them lost and fatherless in my nightmares each night over and over again.

Schaeffer then recounted why he is in prison in the first place.

“Obama sent his dirty DoJ to round up innocent political enemies—like me—and throw us in a secret prison full of ISIS Jihadi fighters who’ve been given a free pass by the Deep State to kill Christians,” he wrote.  “This doesn’t even seem real! But everything they did to me, I see them now doing to Donald Trump: Fake warrants, imaginary crimes, witch hunts led by the FBI. It’s exactly the same. EXACTLY!”

He also discovered that the main witness in the case against him, Bill Fulton, is an ANTIFA thug.  Not only that, but the prosecutors in the case demonstrated their corruption by offering Fulton $160,000 for his testimony, which was contingent upon Cox being convicted.

“That’s not what they told the judge and jury at my trial,” Cox wrote.  “The prosecutor said Bill Fulton didn’t get paid to testify, and that he had no reason to lie.  Turns out he had one hundred and sixty thousand reasons to lie.  We’ll be showing this to the judge and jury at my trial.  It’s not enough that their star witness had a motive to lie. We have to prove I’m innocent.

No doubt, exculpatory evidence was withheld, which happens quite a bit in cases like Cox’s, as we have reported before.  Those are all violations of the law and due process.

Cox pleads for financial help and for people to “be our hero again” to him and his family with support.  For more on Schaeffer Cox and an update on how you can help beyond a mere donation, click here for the update on his case and how you can help.

You Can Donate To Schaeffer Cox By Clicking Here.

You can also write and send donations to this address:

For a brief synopsis of the Schaeffer Cox story, watch the video below.