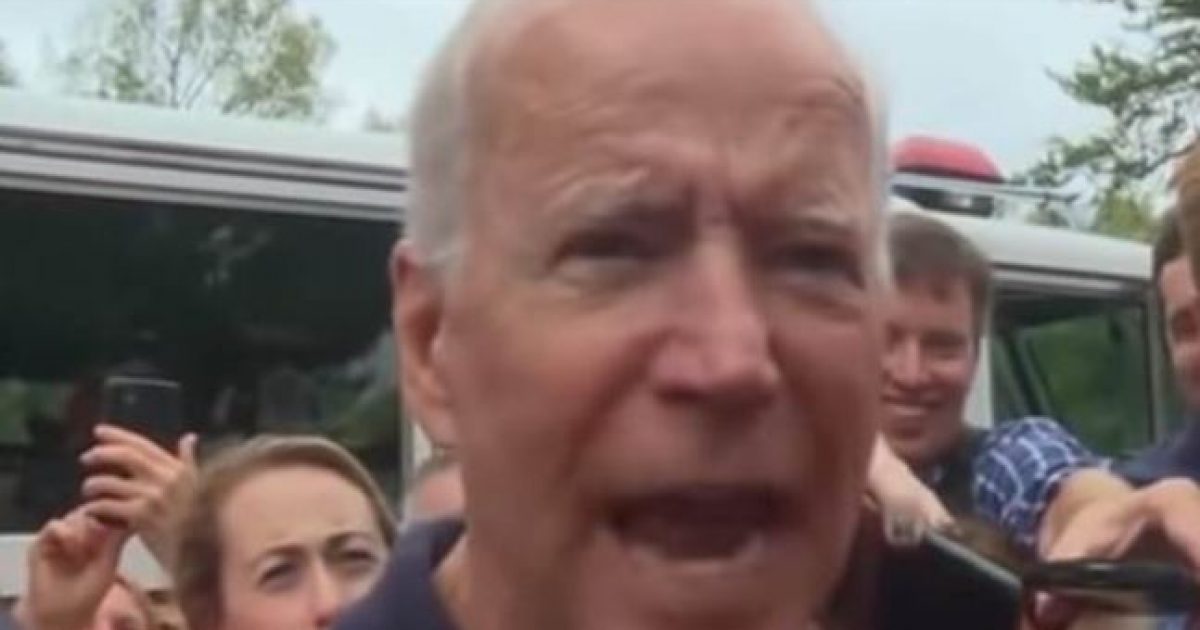 By Reuters Wire via The Federalist Papers

Former U.S. Vice President Joe Biden, a frontrunner for the 2020 Democratic presidential nomination, on Saturday called for an investigation into reports that President Donald Trump pressed his Ukrainian counterpart to investigate Biden and his son.

“This appears to be an overwhelming abuse of power. To get on the phone with a foreign leader who is looking for help from the United States and ask about me and imply things … this is outrageous,” a visibly angry Biden said while campaigning in Iowa.

“Trump is using this because he knows I’ll beat him like a drum and is using the abuse of power and every element of the presidency to try to do something to smear me,” Biden said.

Trump’s July 25 telephone call with Ukrainian President Volodymyr Zelenskiy is at the center of an escalating battle over a whistleblower’s complaint reportedly concerning the U.S. leader’s dealings with Ukraine that the administration has refused to give Congress.

The Wall Street Journal and other news outlets on Friday said Trump repeatedly asked Zelenskiy to investigate unsubstantiated charges that Biden, while vice president, threatened to withhold U.S. aid unless a prosecutor who was looking into a gas company in which Biden’s son was involved was fired.

Trump, reports said, urged Zelenskiy, a comedian who had just won election, to speak with Trump’s personal lawyer, Rudolph Giuliani. Giuliani, the former New York City mayor, has promoted the allegations against Biden and his son, Hunter, and acknowledged that he pressed for a Ukrainian investigation.

Biden has admitted threatening to withhold aid unless the prosecutor was dismissed, a demand also made by the wider U.S. government, the European Union and other international institutions for his alleged failure to pursue major corruption cases.

The news reports about the Zelenskiy phone call have intensified demands by Democratic lawmakers for the House of Representatives to launch impeachment proceedings against Trump, and have elevated the controversy to a major campaign issue.

Trump denied doing anything improper. He wrote in a series of tweets on Saturday that his conversation with Zelenskiy was “perfectly fine and routine.” He accused the “Fake News Media and their partner, the Democrat Party” of staying “as far away as possible” from the Biden allegations.

Ukrainian Foreign Minister Vadym Prystaiko on Saturday denied in an interview with a Ukrainian news outlet suggestions that Trump had pressured Zelenskiy.

Biden, responding to a reporter’s question at the Polk County Democratic Party’s annual steak fry in Des Moines, denied that he had never spoken to his son about his business dealings in Ukraine.

Senator Elizabeth Warren, one of Biden’s main rivals in the Democratic primary race, reiterated in Des Moines that she believes Trump’s reported actions should be the subject of impeachment proceedings in the U.S. House of Representatives.

“It is time for us to call out this illegal behavior and start impeachment proceedings right now,” Warren said in remarks at the steak fry.

At the steak fry, Biden called on voters to oust Trump but did not mention Ukraine. “Above all else we must defeat Donald Trump period and stop his abuse of power,” Biden said.

The House Intelligence Committee is demanding it be given the whistleblower’s complaint in line with a finding by the inspector general for the intelligence community that the matter met the legal threshold for transmission to Congress.

Acting Director of National Security Joseph Maguire, however, decided against providing the complaint to the committee after he consulted with the Justice Department, and reportedly the White House.

Maguire and his top lawyer contended the complaint did not meet the legal guidelines for submission to the committee, prompting Democrats to accuse Maguire of breaking the law.

Three House committees already were investigating the Trump-Zelenskiy call in part because the Ukrainian government’s readout of the call appeared to show that he had encouraged Zelenskiy to pursue a Biden investigation.