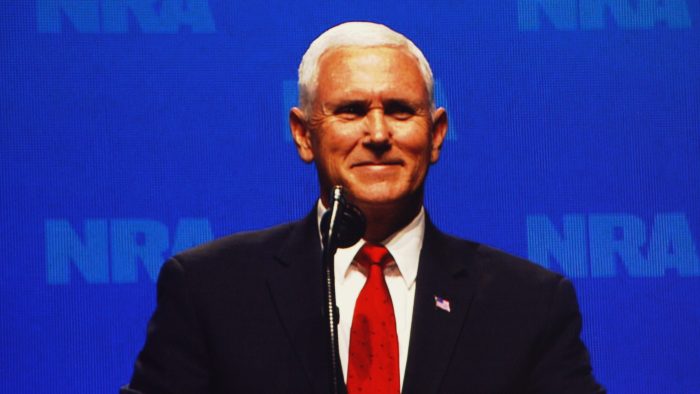 Her remark came as the Vice President was in the area campaigning for Republican Dan Bishop, who won the election by a slim margin.

Union County School District said they took those kinds of remarks seriously, and placed her on leave. Then they contacted the Secret Service to launch an investigation. The teacher’s name has not been released. The Secret Service did not respond to the Fox46 request for a statement.

One parent contacted by Fox News said that though they don’t agree with the Vice President, saying those kinds of things in a classroom is wrong.

“This is the Vice President of the United States. He’s an elected official…Affiliation to a specific party does not entitle us to make statement like that to anyone.” Firas Obeid, Parent to Fox46

The GOP Chairwoman also stated that the kind of remarks made by the teacher are “out of bounds.”

“You should not be bringing in those type of viewpoints to your job. To just wish that kind of violence on anybody is just way out of bounds.” Union County GOP Chair Allison Powers

Political hate in the schools

Schools in the US are now nearly all liberal bastions of political hate rather than institutes of learning. Students no longer learn math, reading, and other basics. Now they get to do “social justice” and “climate protests”(USA Today) and listen to some teachers (not all) who push their hate onto the kids. But the teachers unions are screaming left wing strongholds, evidenced by several Project Veritas videos. We’ve seen a teacher point a water pistol at a picture of Trump, or tell students that one of them lost money because the President wasn’t shot. We’ve seen them push hate for our military, or stomp the American flag in class, and the list goes on.