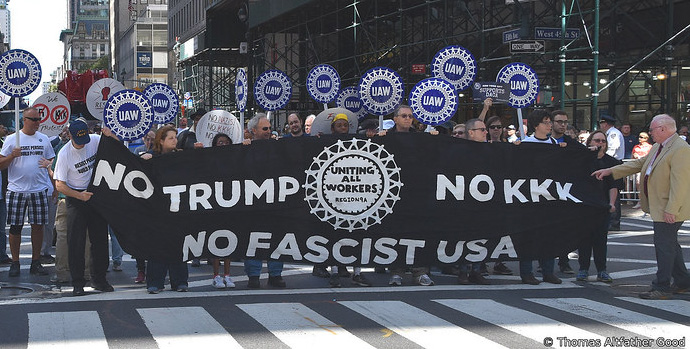 Self-awareness is only beneficial if it leads to change.

Piers Morgan in an interview with Ben Shapiro, on his show, “The Ben Shapiro Show,” Sunday Special, ep. 64., last month, said, “What is the point in calling yourself a liberal, if you don’t allow anyone else to have a different view.”

Well, yes Piers… that is WHAT WE HAVE BEEN SAYING FOR YEARS! Except for a small subgroup of narrow-minded rednecks, (don’t get your hackles up, I grew up in the south and own my redneckness) pretty much all of the other rednecks, southerners, and conservatives alike, are ‘live and let live’.

They hold the overwhelming opinion that you can live however you like, and you won’t be judged, as long as you do the same and don’t judge others. And most definitely, keep your nose out of other people’s business.

Growing up in the south, the strongest sentiment you would hear against someone’s way of life was “Bless their heart.” If you are a southerner, you KNOW what that means.

In spite of that stated opinion, conservatives rarely said anything more about other people’s lifestyle than that. Such as the acceptance of LGBTQRSUVWXYZ people, their marriages and familial ways. This was part and parcel of the overall acceptance of people in general by conservatives. “Do what you like as long as you leave me be.”

Only the staunchest of Christian folk held umbrage to their relationships, and yet, once laws passed, legalizing their marriage, the majority of those Christians, set their differences aside. Despite the seemingly busybody nature of true Christians, they only wanted the best for everyone and simply followed a millennia-old doctrine that promised a good life.

Of course I recognize that there are bad people in all groups. However, when it comes to conservatives, the ‘bad people’, the white supremacists, and crazy holy-roller Christians are an infinitesimally small group. They do not represent the whole (no matter what Lamestream Media tries to portray.)

Compare and contrast these to the so-called Liberals, the Leftists, where their ‘bad people’ are indistinguishable from the whole, seem to make up the whole, and essentially act as spokespeople FOR THE WHOLE. Interview after interview, it appears endemic, that if you are a “Liberal,” you suffer from TDS, Trump Derangement Syndrome. You believe that Trump and ALL conservatives are racists (even though that number is less than 0.02% of all conservatives). SPLC, an organization that should, themselves be labeled a hate-group, would have you believe that every white-person in America is a Nazi. Well, that’s fine… there’s hardly any KKK remaining. And let us not forget the KKK was formed BY THE DEMOCRATS. Leftists are the real fascists… and Trump is your President for 5 more years… so get over it!

The majority of Liberals are news-lazy. They only read headlines, and believe what they read, wholesale. They do not read or listen to balanced news, or entertain news sources that go against their worldviews. And they certainly do not do anything resembling independent research. A survey showed that those identifying as White Liberals, got over 65% of their news from Liberal-Only news sources, and took in, LESS THAN 5% from Conservative sources!

Compared to Conservatives who took in just over 50% of their news from Conservative only sources, but ALSO listened to NEARLY 30% LIBERAL SOURCES!

At the very heart of Conservatism is a very strong need to not be caught unaware, or to repeat lies. Therefore, Conservatives seek some balance to the news they listen to, and for a large majority of those on the Right, they independently research all specious claims.

Leftist Liberals seem only to be interested in hearing opinions that reinforce their belief structure. And this simpleton reasoning, is what led to the rise of the ironically named ANTIFA. As one of our writers here, David Brockett would say, “Anti-fascist my ass!” And it seems that Piers Morgan agrees with David, myself, and the majority of other conservatives.

Piers then, undeniably points out the hallmarks.

Now, understand this… I realize that Piers is a “journalist.” Sorry man, but I gotta put quotes around that. In addition, I understand that he will say whatever it takes to get clicks… but it is quite possible, that we will “Red Pill” Piers soon, if he is not already.

The red pill, if you are not familiar, is a reference to the 1999 film, The Matrix, used in political and sociological discourse.

In the movie, Morpheus played by Laurence Fishburne says to Neo, played by Keanu Reeves, “You take the blue pill, the story ends. You wake up in your bed and believe whatever you want to believe. You take the red pill, you stay in Wonderland, and I show you how deep the rabbit hole goes.”

The rabbit hole when talking about Red Pilling has to do with how life really is not as it seems, and that shadowy factions, “The Deep State,” control every aspect of the world, across many countries, with the greatest influence typically in the western countries of the U.S. and Euro-blok nations.

Piers said, “Liberals have become utterly, pathetically illiberal. And it’s a massive problem. What’s the point in calling yourself a liberal if you don’t allow anyone else to have a different view?”

Piers continues, “You know, this snowflake culture that we now operate in — the victimhood culture, the you know, everyone is, has to think a certain way, behave a certain way. Everyone has to, you know, have a bleeding heart, and tell you 20 things that are wrong with them and you know I just think it’s all completely skewed to an environment where everyone’s offended by everything, and no one’s allowed to say a joke.” He then points out, “You said a joke 10 years ago that offended somebody, you can never host the Oscars. So now, there’s no host for anything. The Emmy’s now, just said they aren’t going to have hosts either, so hosts have gone and soon every award winner will go, because everyone’s a human and they’re all flawed. So no one can win awards anymore because the will be no platform before they even get on the podium. So then, no hosts, no stars, then no one can make any movies because we’re all flawed. So, no actors, right?”

Preach it Piers! It really sounds like you have internalized the Red Pill. However, I can’t tell if you’re pandering to the left, pandering to the right, or sitting squarely on the fence, collecting paychecks.

Piers goes on to say, “The Liberals get what they want, which is a humorless void where nothing happens, where no one dared do anything or laugh about anything or behave in any way that doesn’t suit their rigid way of leading a life.”

Piers states that he sees Populism rising because people are fed up with “Snowflakery.” He says people are “fed up with everyone being offended by everything,” and that is why people are “gravitating to forceful personalities.” Then he drops a Red Pill nuke bomb of a statement, “They just want to tell people, not just how to lead their lives, but if you don’t lead it the way I tell you to, it is a kind of a version of FASCISM.”

He then points out, “You don’t lead the life the way I’m telling you, to, then I’m going to ruin your life. I’m going to scream abuse at you, I’m going to get you fired from a job, I’m gonna get you hounded by your family and friends. I’m going to make you the most disgusting human being in the world, because you said a joke, ten years ago.” “It takes forceful personalities to rise above it. Donald Trump rose up and went like Godzilla,” Piers muses, “Okay, you want to fight? I’m here!”

I cannot fathom how Piers can get these points, so on the nose, and not have internalized the Red Pill.

So, maybe Piers is on our side now… but he probably fears the retribution he was referring to. I am sure he realizes his paycheques would cease if he stopped embracing the Liberal ideology and spoke more openly like this.

Maybe it is for the better. I prefer the Leftists to get their talking points from someone that has at least tasted the Red Pill, and from a person that can at least admit to these points, than someone that is so blind to everything and has such a horrendous case of TDS that they cannot see themselves as the TRUE FASCISTS.

Piers… come to our side. We will embrace you and accept you. You are an intelligent man, you need to stop pandering to the Looney Left, and it is time to start leading the Conservatives with your words.

You might as well, because Trump is going to win the 2020 election.

I personally like the hat above better, from The Hat Depot, it’s more stylish than the plain hat from The Trump Campaign site. I have both hats from them, the Keep America Great hat, AND the MAGA hat, that is styled the same way. Buy the Hat Depot KAG hat and donate the rest of the money you save to Trump’s campaign. 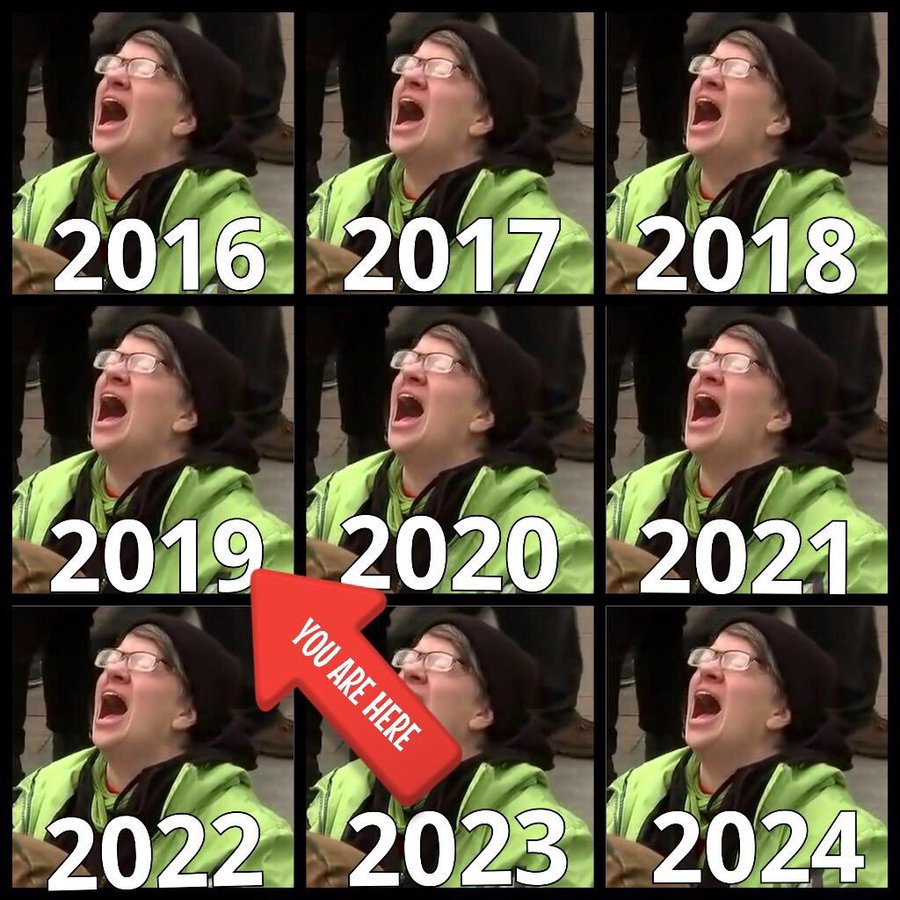 Warning Came In 2018 Before Plandemic: Today In Pakistan They Shut Off Phone Service To Those Who Refused Vaccines
June 16th, 2021 Sons of Liberty Media