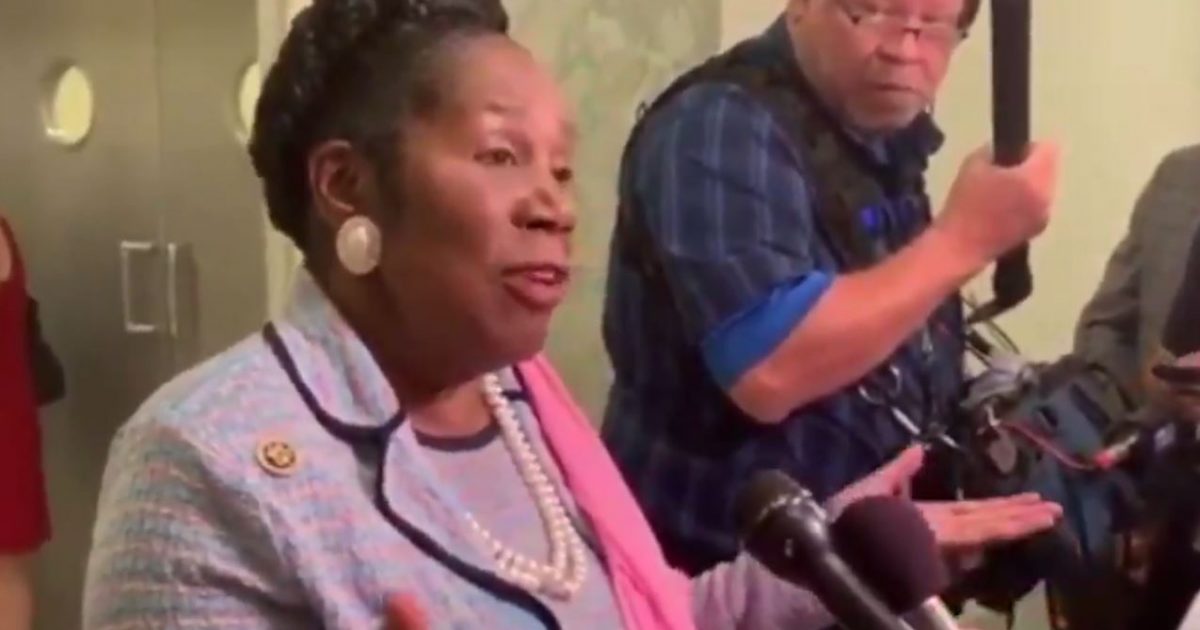 On Monday, Rep. Sheila Jackson Lee, the Texas Democrat once dubbed a Congressional boss from Hell, made a couple of unbelievably ignorant and outright false claims regarding AR-15 style weapons.  For starters, she suggested the weapons are extremely heavy (they aren’t) and then claimed they fire a .50 caliber bullet (they don’t).

“I held an AR-15 in my hand, I wish I hadn’t. It is as heavy as 10 boxes that you might be moving. And the bullet that is utilized, a .50 caliber, these kinds of bullets need to be licensed and do not need to be on the street,” she said.

“I held an AR-15 in my hand, I wish I hadn’t. It is as heavy as 10 boxes that you might be moving. And the bullet that is utilized, a .50 caliber, these kinds of bullets need to be licensed and do not need to be on the street.” – Rep. @JacksonLeeTX18 pic.twitter.com/U71ir6BHZH

For my non-gun peeps, claiming an AR-15 shoots .50 caliber bullets is as asinine as saying your car runs on orange juice.

Also, an AR-15 generally weighs somewhere between 7-9 pounds. So if 10 of your moving boxes weight 9 pounds, you're really doing it wrong.

Howerton has a point here.  Indeed, her ignorance of the subject is astounding.   If she really held an AR-15, she would know that it really doesn’t weigh as much as she claimed.  But the know-nothings on the left won’t care, and it’s doubtful anyone in the Democrat-media complex will ever correct her.

Howerton also shredded her claim that an AR-15 fires a .50 caliber round:

you can see how she got it wrong though. Basically the same. pic.twitter.com/MxSKB0X5cT

WATCH: Dr. Fauci Flip-Flops On Mask-Wearing For The Vaccinated — Admits It Was About Narrative
May 18th, 2021 Clash Daily

The Fall of Bill Gates & the Media’s Blackmail Machine
May 18th, 2021 Sons of Liberty Media

Migrants who thought they could stay in U.S. ‘if we came with our kids’ filling up Mexico’s shelters
May 18th, 2021 Liberty Unyielding

OUTRAGEOUS: Mainstream doctors are REFUSING to see or treat vaccine-damaged patients because they don’t want to get involved in “controversial” diagn
May 18th, 2021 DC Dirty Laundry