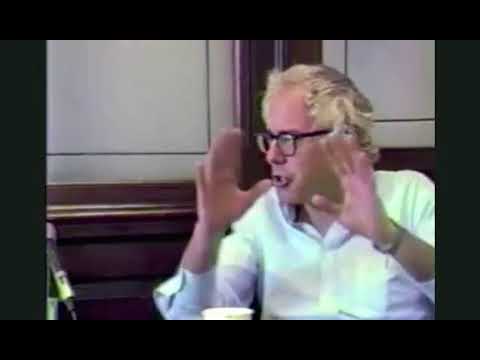 “But I think what we understand is that unless we change the funding system and the control mechanisms in this country to do that — for example, if we expanded Medicaid to everybody, everybody had a Medicaid card, we would be spending such an astronomical sum of money that, you know, we would bankrupt the nation,” he said. Source

A video has resurfaced of Bernie Sanders admitting that single-payer health insurance would bankrupt America.

Still he continues to push the idea.

Has Bernie had a change or heart since 1987?

Bernie is a LARGE “C” COMMUNIST and he knows that if the country fails economically, while he is President, he can move from socialism to communism without much fight from the starving masses.

Now, none of the structural problems that Sanders talks about have changed in the intervening years. In fact, care here has gotten more expensive and de facto single-payer healthcare isn’t going to solve that.

Furthermore, keep in mind that Sanders is using Canada as his polestar. I’m fairly certain we’re all familiar with the Canadian system and its attendant problems, but that’s apparently what he wants to emulate. I merely leave that out there for summary judgment.

All of that costs money — money that we don’t have. Something Bernie Sanders knew back in 1987. He knows it now, too — but he’s gotten a lot more cynical over the years.

Why is single-payer a guaranteed failure in the United States?

The fact that the drug companies own the politicians is one big reason.

They also grease the media by pumping millions of ad dollars into their pockets.

President Trump knows this and has actually started working toward allowing Americans to get their drugs elsewhere.

It’s a start but the Canadian option is not a long-term solution.

It does, however, buy some time until the real problem can be addressed.

When Big Pharma is allowed to pump billions of dollars annually into campaign coffers and the media, the problem will not be resolved easily America.

Big Pharma can not survive without funneling this money, because if the beneficiaries felt free to look at the problem objectively, a lot of drug companies would be in big trouble.

Still, we have the same old Bernie trying to push America towards her ultimate collapse.

Socialism and Communism did not work for Bernie’s comrades and it won’t work for him.

The drugs are cheaper there anyway.

A Patriot does not flee when things get tough.