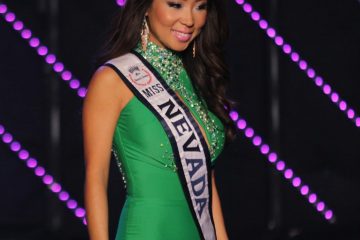 Lisa Song Sutton is the Republican candidate for Nevada’s 4th Congressional District.  In a recent interview, she was asked about the Second Amendment and universal background checks.  While she didn’t say whether she supported UBCs or not, it seemed that she was indicating that it would take more than one particular ban or background check to stop the “atrocities” witnessed in recent days, which gives me pause for whether she fully supports the Second Amendment as it should be supported.  However, it was clear that she knowingly wants people to defend themselves, and when recounting the story of a stalker she had who invaded her home, she said that if she is ever attacked in her home again, “They’re getting a .45 to the face.”

Ms. Sutton is a business owner and a former Miss Nevada United States.

Here’s the portion where she is asked about UBCs and her comments regarding previous stalkers.

Lisa Song Sutton, GOP candidate (NV-04), on 2A being important to her after stalker broke into her home: “after an experience like that you make a promise to yourself that you will never be a victim again. If I’m ever attacked in my home again, they’re getting a .45 to the face” pic.twitter.com/gHkYvE7JZS

“For me, especially as a woman, I understand the need for self-defense and I understand that a firearm is the quickest, most efficient way to equalize a dangerous situation,” Sutton said. “I’ve had 2 stalkers in my life, one of which broke into my townhouse … after you go through an experience like that you make a promise to yourself that you will never be a victim again. … If I’m ever attacked in my home again, they’re getting a .45 to the face.”

Ms. Sutton comes from a military family and says that her father is a Vietnam veteran.  However, the obvious question I have is, why didn’t she plant a .45 in the face of this home invader that she speaks about?  Did she not have a gun?

In any case, one would hope that Ms. Sutton would not support UBCs, which do nothing to curb the sale of guns to criminals.  They do everything to hamper and throw roadblocks in the path of a law-abiding citizens seeking to obtain firearms.

However, in a previous interview with The Daily Wire, she spoke about “gun reform,” whatever that is.

Gun reform is a serious issue that won’t be fixed with one type of ban or one type of reporting. It’s complex and requires an analytical deep-dive into what laws are currently on the books. Do they actually work? Are they being enforced? As is, could they have prevented these awful mass shootings that have occurred more frequently in recent times? If not, what needs to change? We can’t institute knee-jerk, emotional laws. We must obtain empirical data to better understand how we can prevent evil people from using firearms to hurt others while preserving the constitutional rights of law-abiding citizens.

Every gun law is not only a violation of the Constitution, but has always come from knee jerk, emotional reasoning.  The fact of the matter is that you simply can’t keep weapons out of the hands of criminals.  What we need to do is encourage the populace to be armed and trained to use their arms against those “evil people” should the need arise.

However, I’m glad to hear that she at least understands the concept of self-defense.

Below is the full interview.