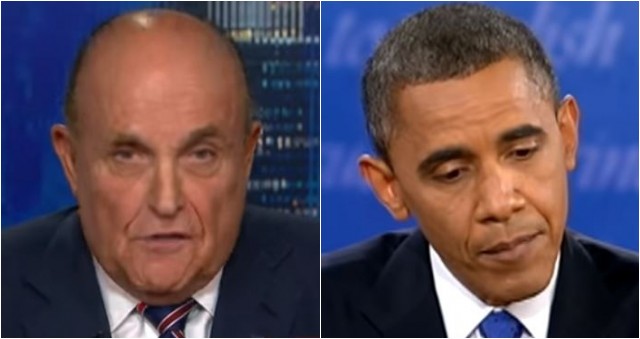 Speculation, Analysis and yes, OPINION From II’s #1 Patriot – Rudy Giuliani and Donald Trump were elected at different times, yet for the same reason, to clean up the mess left by the string of corrupt politicians who preceded them.

Early today Giuliani took to Twitter to tell the story the Democrat/MSM refuses to report:

Why would a legitimate funds transfer pass through four countries?  The only answer I can think of, the simplest answer, is that they wanted the money trail to be obscured.

Biden practically admits as much, in my view, when he seemingly openly brags about extorting Ukrainian officials into firing the prosecutor investigating corruption at Burisma Holdings.

Burisma was a Ukrainian company that was paying Biden’s son, Hunter, more than $166,000 monthly to sit on their board, a position for which, as far as we know, he had no expertise and was totally unqualified for.

But Ukrainian officials tell me there was one crucial piece of information that Biden must have known but didn’t mention to his audience: The prosecutor he got fired was leading a wide-ranging corruption probe into the natural gas firm Burisma Holdings that employed Biden’s younger son, Hunter, as a board member.

U.S. banking records show Hunter Biden’s American-based firm, Rosemont Seneca Partners LLC, received regular transfers into one of its accounts — usually more than $166,000 a month — from Burisma from spring 2014 through fall 2015, during a period when Vice President Biden was the main U.S. official dealing with Ukraine and its tense relations with Russia.

Apparently the Bidens didn’t stop there.  Greed is a terrible thing.

(Breitbart News): “According to an exclusive New York Post excerpt from the book, the Biden billion-dollar China deal occurred as follows. Hunter Biden was the principal of Rosemont Seneca Bohai.

“In December of 2013, Vice President Biden and his son Hunter flew aboard Air Force Two to China.  Ten days after the trip, a subsidiary of the Bank of China named Bohai Capital signed an exclusive deal with Hunter Biden’s firm to form a $1 billion joint-investment fund called Bohai Harvest RST.  The deal was later increased to $1.5 billion.”

“If Dem party doesn’t call for investigation of Biden’s millions from Ukraine and billions from China, they will own it.”

The flip side of this tweet is true, as well.  Dems will own this, either way.

Is presidential candidate Joe Biden compromised by these deals?  You be the judge:

Biden: “China is going to eat our lunch? Come on, man.

“They can’t even figure out how to deal with the fact that they have this great division between the China Sea and the mountains in the east, I mean in the west.

They can’t figure out how they are going to deal with the corruption that exists within the system. I mean, you know, they’re not bad folks, folks. But guess what, they’re not competition for us.”

President Trump has proven, to me at the very least, that China is the single greatest threat to the United States, both economically and militarily, and yet Biden was still essentially defending the ChiComs only months ago.

Here, Giuliani asks do you really need to see proof that father and son discussed the business deals Hunter had entered into?  Uh huh. This isn’t plausible deniability, it’s implausible absurdity in my view.

What would the Democrat/MSM be reporting if Don Trump Jr. flew home on Airforce One with his father after securing a $1 billion investment, and said he and the president never discussed it?  You already know the answer.

Rudy flat out tells us that the U.S. embassy in Cyprus, under instructions from Obama, not to disclose the amount of the wire transfer.

Yesterday, on Fox News Sunday, Rudy told John Roberts that he was holding all the wire transfers as evidence.

Thanks again to our good friends at ILLICIT INFO.