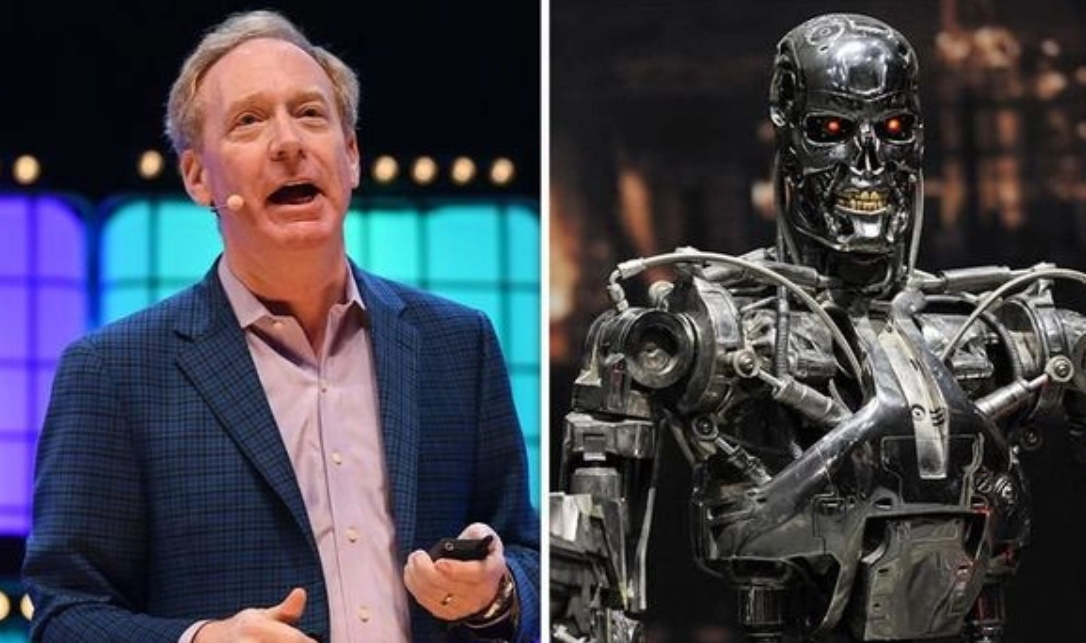 Global employment of “lethal autonomous weapon systems” also known as killer robots, now present a myriad of ethical dilemmas that must urgently be addressed by governments, president of the world’s largest technology company, Brad Smith, cautioned in an interview with Telegraph.

“The safety of civilians is at risk today. We need more urgent action, and we need it in the form of a digital Geneva Convention, rules that will protect civilians and soldiers,” he said.

Computers have long succeeded the ability to multiply numbers, play chess, identify objects in a picture, transcribe human voices and translate documents. Lethal weapon systems that have now emerged, which are trained to perform at a human or superhuman level and are programmed to operate autonomously, and will “ultimately spread… to many countries,” he said.

As China, Russia, South Korea, the UK, Israel and the United States develop autonomous military weapon systems and robots, capable of selecting and attacking targets on their own, a new international convention is needed to oversee how the technology is being employed, Smith argued.

“There needs to be a new law in this space, we need regulation in the world of facial recognition in order to protect against potential abuse,” he said.

Despite the benefits of facial recognition technology, as technology becomes increasingly weaponized by private companies against democracy, it carries threats and necessitates global regulation, Smith argues.

A new international convention should be created to govern the use of the technology to prevent killer robots from deciding “on their own to engage in combat and who to kill,” he said.

Legislation that distinguishes who is responsible for injuries caused by machines must be outlined, Telegraph notes, “the developer, manufacturer, commander or the device itself.”

t’s longest-serving executive and author of the new book Tools and Weapons: The Promise and the Peril of the Digital Age

, argues the tech sector must be reformed or will undergo reformation by the government.

“Is our biggest problem today that the world is doing too much to manage technology, or too little?” he told Time earlier this month. “I would argue too little–and that, in fact, governments are moving too slowly, not that they’re moving too fast.”

While killer robots are not yet human-like, Terminator

-esque machines, they are nonetheless deadly. The concern over the lethal robots has fostered the Campaign to Stop Killer Robots, whose purpose is to ban fully autonomous weapons. The campaign’s membership is comprised of 113 NGOs in 57 countries.

“Such weapons would be able to identify, select and attack without further human intervention,” the organization’s website states.

Former Google software engineer Laura Nolan, a member of the Campaign to Stop Killer Robots, is calling for a ban on all forms of autonomous weapons, warning they could accidentally initiate a cataclysmic global war.

In a briefing with diplomats at the United Nations in Geneva on Aug. 21, Nolan predicted autonomous weapons are more dangerous to humanity than remote-controlled drones.

“The likelihood of a disaster is in proportion to how many of these machines will be in a particular area at once. What you are looking at are possible atrocities and unlawful killings even under laws of warfare, especially if hundreds or thousands of these machines are deployed,” she said.

“There could be large-scale accidents because these things will start to behave in unexpected ways. Which is why any advanced weapons systems should be subject to meaningful human control,” she continued, “otherwise they have to be banned because they are far too unpredictable and dangerous.”

Even without robots, big tech companies have abused their power to target, silence, and censor particular groups, including conservatives and Trump supporters.

Who’s to say whether or not big tech companies will begin using killer robots and artificial intelligence to permanently and violently silence their political enemies and anyone who challenges their authority?

How long will it be before Facebook, Twitter, Google or Apple programs one of these killer robots with an algorithm and sends it on a mission to kill Laura Loomer and other falsely accused “dangerous individuals” in an effort to permanently ban the banned from society?

This is a scary reality was must immediately address as big tech and big brother continue to grow in power.

While technology has advanced society in many ways, 1984

was supposed to be a warning, not a how too manual.