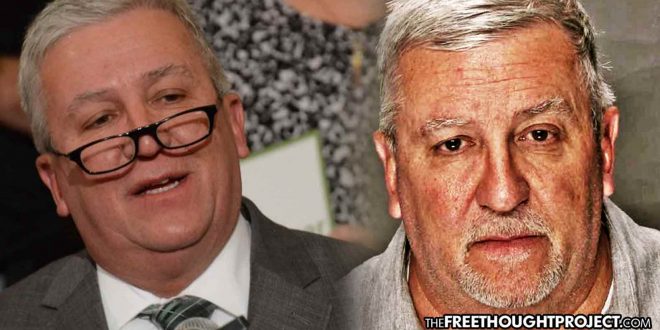 It felt like “a gut punch” Diamond said of his colleague, according to Penn Live.

“He is a perpetuator of the crime. Of course I was shocked, but I was also completely revolted and disgusted,” said Gingrich, a Republican and former House member representing Lebanon County.

As PennLive reports, “she thought about how Folmer, from Lebanon County, had backed a package of reforms aimed at child abuse, including one Gingrich had sponsored and discussed with him.”

According to a release from Attorney General Josh Shapiro’s office, Folmer was arrested last Tuesday night after images of child pornography were found on his phone when police searched his home after obtaining a warrant.

The senator now faces a multitude of charges including sexual abuse of children, possession of child pornography and criminal use of a communication facility, Shapiro said in a release.

Gingrich pointed out the obvious hypocrisy of a senator pushing for child abuse reform while simultaneously abusing children through consuming and distributing child pornography.

“You are a participant. You are not just a voyeur,” she said. “Those children are victims.”

Upon news of his arrest, both parties in the Pennsylvania House called for the senator’s resignation.

PennLive reported that in the arrest documents,  Folmer told investigators “he had been dealing with some personal problems/issues and that he received child pornography through his Tumblr blog.”

However, Diamond told the newspaper that Folmer showed no signs of problems as the two had been working together on multiple pieces of legislation.

“There was nothing to make me think: ‘Hey, something’s wrong with Mike.’” Diamond said. “It was just business as usual.”

Senator Folmer now goes on a long list of other high-level government officials who have been caught allegedly exploiting children. As TFTP previously reported, multiple victims came forward and accused Seattle Mayor Ed Murray of sexually abusing them when they were children in Washington’s foster care system.

Earlier this year, Arizona representative, David Stringer unexpectedly resigned from his elected position as a representative. After he resigned, records were released showing that he was arrested in the 80s for raping two children—one of whom had a developmental disability. After a subsequent investigation was launched, we learned about the former representative’s sick history including a recording in which he condones child sex trafficking.

The fact of the matter is that child sex abuse in this country takes place on a massive scale and many within the system are some of the worst abusers. Those who speak out against it and attempt to expose the system, are often times killed or silenced.