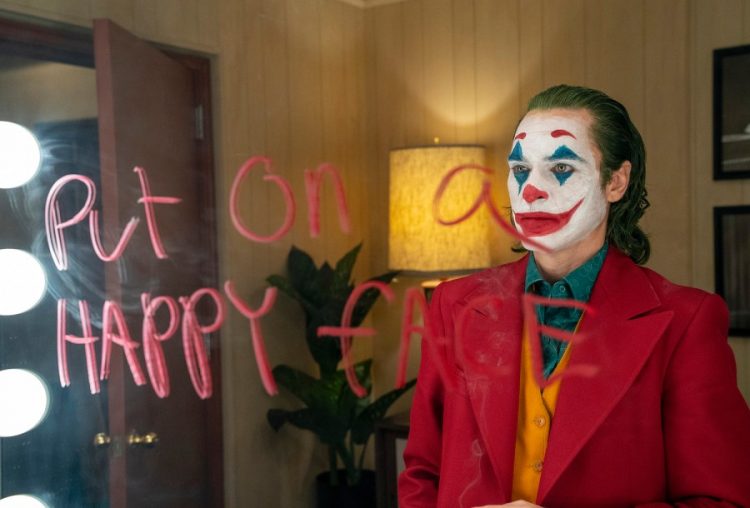 A September 23 Department of the Army memo indicates that there was a “credible potential mass shooting to occur at an unknown movie theater during the release of the new Joker movie scheduled on October 4, 2019.” Could this be the forewarning of an actual mass shooting by criminal for some unknown reason or is this lead up to another false flag shooting that criminal politicians will use to attack the Constitution and the right of the people to keep and bear arms?

If you remember, it was 2012 at The Dark Knight Rises

premiere in Aurora, Colorado where a significant mass shooting took place, allegedly at the hands of James Holmes, which resulted in 12 murdered and 58 wounded.

Now, in light of movie involving the fictitious character known as The Joker

, the FBI claims that is has discovered “disturbing and very specific chatter in the dark web.”

Yes, the same FBI that continually seems to drop the ball when it comes to terror threats in the US.  That FBI.

“The Fort Sill Criminal Investigation Division received an intelligence bulletin regarding a credible, potential mass shooting to occur at an unknown movie theater during the release of the new Joker movie scheduled on Oct. 4, 2019,” the memo states. “The intelligence bulletin was published by Travis County, Texas, Sheriff’s Office and, working with the local FBI field office, they have discovered disturbing and very specific chatter in the dark web regarding the targeting of an unknown movie theater during the Joker release.”

Here’s the memo that was issued after the alleged discovery.

Dept of Army Crime Awarenes… by Tim Brown on Scribd

The memo was based on information in a bulletin from the Texas Joint Crime Information Center, Grey said.

An official at the Texas center, who declined to be named to discuss the matter freely, called the threat “valid,” but said there was no specific location mentioned.

CID has in the past issued warnings based on information from civilian agencies about matters that were found to not to be serious threats. Earlier this year, the command issued an internal warning about the “Momo Challenge,” though it had been widely debunked as a hoax.

Still, CID issued the warning because the challenge, which purportedly involved a series of increasingly dangerous tasks leading up to suicide or self-harm, “still has potential holding power over young and impressionable children” online, Grey told Stars and Stripes via email in April.

“The warning’s intent is to make the Army community [aware] of the susceptibility of children as … internet and social media platform usage increases,” he said at the time. “We have a significant role in preventing crimes and threats to our Army.”

was the ultimate Joker, but who knows, Phoenix can be pretty fritzy even when he isn’t acting.

In June, Air Force personnel were warned about potential violence by “incels,” men who are “involuntary celibate” due to their failure to attract women.

Two were described as being incels: Elliot Rodger, who killed six women in Isla Vista, Calif., in May 2014 in “retribution” for being rejected by females, and Alek Minassian who intended to spark an “incel rebellion” when he killed 10 people with a van in April 2018.

The upcoming “Joker” film is about the deranged Batman character whose mental breakdown leads him to a life of deranged violence.

“A shadow lurks at the edges of Joker’s promotional build-up, with critics expressing concern that the almost-sympathetic portrayal of Batman’s archenemy might inspire real violence, with some reviewers citing a parallel between the motivations of Phoenix’s Arthur Fleck and those of real-world ‘incels,’” reported CBR.com. “It’s important to ask, however, whether the concerns surrounding violence in Joker are warranted — and if they are, how likely the film is to inspire actual acts of violence.”

“…Joker wants audiences to sympathize with [the Joker] Arthur Fleck as it paints a picture of the sort of person who could become such a monster. What would drive a person to madness?”

“In this case, it’s mainly because Fleck lives a miserable, hollow existence,” the article added.

Those who live a fantasy life of thinking they can play out rock stars or what they see in movies internalize what they take in, and I suppose some will see The Joker and not be living in reality and will sympathize and think they can go commit crimes and murder.  The way to bring reality back though is to start having swift justice brought to those that do such things, especially when they commit murder.  Start having public executions locally in the street for people to participate in and view and this won’t be occurring to the extent that it is.  Until then, I have to tell you that I have seen plenty of violence in films and not once have I thought about going out and committing mass murder.  Perhaps, we should also consider the destruction of the family and the fact that many kids today simply have not had a biblical, moral foundation set under them to deal with anything in the world except their own sinful, human hearts, which are always deceptive and always lead to death.

I will say this though, no one has been arrested.  They don’t even know where it would take place and this is how things play out.  The announcement is made, the fear comes and then a week after everyone forgets, while a mass shooter training is going on, the attack occurs.  Will this be any different?