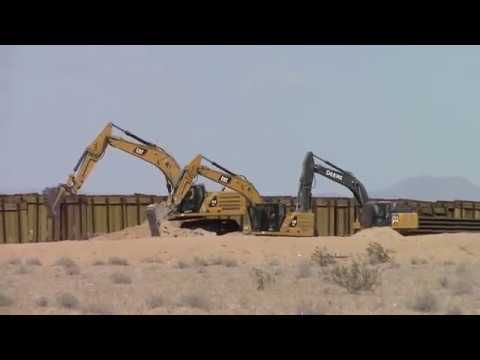 A Maryland county sheriff told members of Congress on Thursday that the United States’ immigration system has reached a “crisis point.”

“We’re at a crisis point in this country,” Sheriff Chuck Jenkins of Frederick County, Maryland, said at a House Judiciary Committee hearing called “The Expansion and Troubling Use of [Immigration and Customs Enforcement] Detention.”

“Congress needs to take serious measures right now in the enforcement of our immigration laws, both at the border and in the interior [of the country],” said Jenkins, a Republican. “These two missions have overlapping, serious impacts to public safety.”

Jenkins was first elected in November 2006 to be the sheriff of Frederick County, which is the largest county geographically in Maryland. He was elected to a fourth term last November.

He said one way to address the illegal immigration crisis is simply to let the Border Patrol and ICE do their job.

“The hostility against ICE has to stop, and demonizing has to end,” Jenkins said of opposition to the federal agency from some on the left. “Detention and especially expeditious removal of criminal aliens are key components of overall public safety. It is an imperative that ICE has access to suitable detention facilities throughout the United States.”

The Frederick County lawman said illegal immigrants are to blame for much of the crime that occurs, making it a dire issue that needs to be addressed.

“From my perspective, the infiltration of criminal aliens … and criminal gangs, such as MS-13, across our open borders and in our communities has severely endangered the public safety of every city in every county in America,” Jenkins said. “There’s been a level of violence never before experienced in this country.”

He said criminal illegal immigrants are to blame for the opioid epidemic that he says has overrun his county.

“This situation would be much, much worse without ICE doing their job,” Jenkins said.

“We have allowed the heroin [and] opioid trafficking networks to establish themselves across the entire country through open borders and sanctuary policies with cartels continually infusing heroin, fentanyl, and other dangerous drugs into America,” he said, noting that Frederick has seen “record numbers” of fatal overdoses in the past seven years.

The sheriff also pushed back on claims that facilities for holding detained illegal immigrants are not up to standards.

“The federal detention standards are the highest standards out there we meet, and we actually meet all of those standards and beyond,” he said.

“We just recently underwent an … inspection a week ago before I came down here. Nothing in our jail is subpar. Those higher standards are met, and the standards are higher under [President Donald Trump] than under President [Barack] Obama.”

Jenkins added that “Americans are frustrated and tired of the open-border issue and not enforcing the law,” and asked the public to support Trump’s efforts to secure the border.

Rachel del Guidice is a congressional reporter for The Daily Signal. She is a graduate of Franciscan University of Steubenville, Forge Leadership Network, and The Heritage Foundation’s Young Leaders Program. Send an email to Rachel.