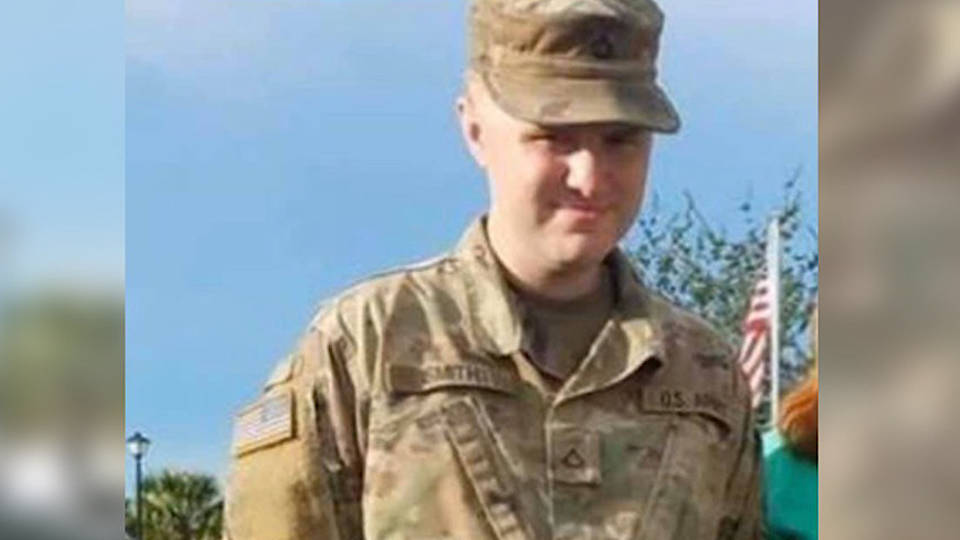 This marks the second US soldier in the past few weeks targeted by the Feds for threatening Antifa.

According to charging documents in the case, Jarrett William Smith, who transferred to Fort Riley, Kansas, in July, joined the U.S. military only after first expressing his desire to fight in Ukraine.

Our government actively supports and arms the neo-Nazis in Ukraine because they’re fighting against the Russkies. If Smith thought he was taking part in some revolutionary actions he was clearly misinformed.

On Aug. 19, 2019, Smith allegedly spoke with an FBI informant in an online chat group and discussed a plan for an attack inside the U.S., his search for more “radicals” like himself and the possibility of killing members of the group Antifa.

In suggesting that the headquarters of the major news network could be a target, Smith allegedly said: “A large vehicle bomb. Fill a vehicle full of [explosives] then fill a ping pong ball with [commonly available chemical] via drilling then injection. Put the ball in the tank of the vehicle and leave. 30 minutes later, BOOM.”

Folks, if you don’t already know, you should realize that threatening antifa is threatening the FBI. There’s a reason antifa is untouchable and immune from persecution, they have the full backing of the establishment and are overflowing with federal agents (just like most white supremacist groups).

The feds are pushing radicalization on both sides to cause chaos out of which they can seize more power and control. They’re repeating what they did with entrapping Muslims as “terrorists” in the wake of 9/11 but now they’re going after “white supremacists” because that gives them an even wider scope of powers as literally anyone can be labelled a “white supremacist.”

Today I was asked whether the president is a white supremacist. I said yes.

Tapper: Do you agree that [Trump is a white supremacist or white nationalist]?

Sanders: "I do. Look. It gives me to pleasure to say this, but I think all of the evidence out there suggests that we have a president who is a racist." pic.twitter.com/HDOzaCYzVF

When Trump says he wants more immigrants from Nordic countries—but calls African nations shithole countries—it is very clear the president is a white supremacist. This isn't only offensive to our sensibilities. As we saw in El Paso, it's killing people in this country right now. pic.twitter.com/8Ad6M3Q2Lt

After the shootings in El Paso and Dayton, Trump ordered the DOJ and the FBI to aggressively go after people for pre-crime in the name of stopping mass shootings.

So far that appears to being playing out mostly with the FBI arresting own his gung-ho supporters for threatening antifa.

If you want to fight against this system, expose the crimes they’re committing, the fake narratives they’re pushing and tell everyone the truth about Jeffrey Epstein.

If you want to join a radical group, join a Church.