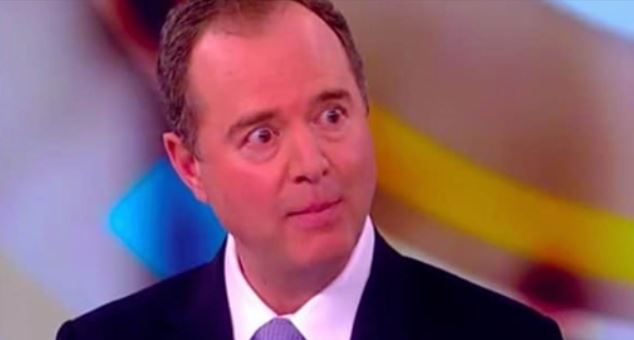 OP ED: House Intelligence Committee Chairman Adam Schiff (D-CA) removed any doubt in my mind that he is a partisan hack while delivering his opening statement at the committee’s hearing intended to kickstart the impeachment of President Trump.

He literally read into the official record, and before millions of viewers watching on television, what seems to me to be a totally fictitious version of the telephone conversation between U.S. President Donald Trump and Ukrainian President Volodymyr Zelenshyy.

Unbelievably, Schiff ignored the fact that the transcript of that call had been released hours earlier by the White House under orders of President Trump.

Schiff: “We’ve been very good to your country. Very good. No other country has done as much as we have. But you know what? I don’t see much reciprocity here. I hear what you want. I have a favor I want from YOU though. And I’m going to say this only seven times so you better listen good.

“I want you to make up dirt on my political opponent, understand? Lots of it.

“On this and on that. I’m gonna put you in touch with people and not just any people. I’m going to put you with the attorney general of the United States, my attorney general Bill Barr. He’s got the whole weight of the American law enforcement behind him.”

“And I’m gonna put you in touch with Rudy, you’re gonna love him, trust me.”

You know what I’m asking, so I’m only going to say this a few more times, in a few more ways. And by the way don’t call me again. I’ll call you when you’ve done what I’ve asked.”

I am going to guess that Schiff will say he was just trying to explain his interpretation of the call but, he is a US Congressman, when he talks on the floor of the house, millions believe him to be reciting the actually call, in my opinion.

This appears to me to be a clear attempt to deceive the America people on the nature of the call between Trump and the Ukrainian PM, in my opinion.

It was seemingly a totally fabricated dialogue intended to leave viewers with the impression the president’s conversation with Zelenskyy was akin to that of a mob boss, in my opinion.

The Democrat/Marxist/Media had received their marching orders and ran with it from there.

Here’s the unredacted transcript that President Trump ordered to be released hours before Schiff opened the hearing.  Judge for yourself if Schiff has any credibility on this matter:

Rep. Adam Schiff totally made up my conversation with Ukraine President and read it to Congress and Millions. He must resign and be investigated. He has been doing this for two years. He is a sick man!

I AM DRAINING THE SWAMP! pic.twitter.com/U7WxKrO6Kx

Apparently Schiff is so out of impeachment ammunition that he was incapable of adjusting his opening remarks to accurately reflect the content of President Trump’s phone conversation with President Zelenskyy and still move forward with a narrative supporting impeachment.