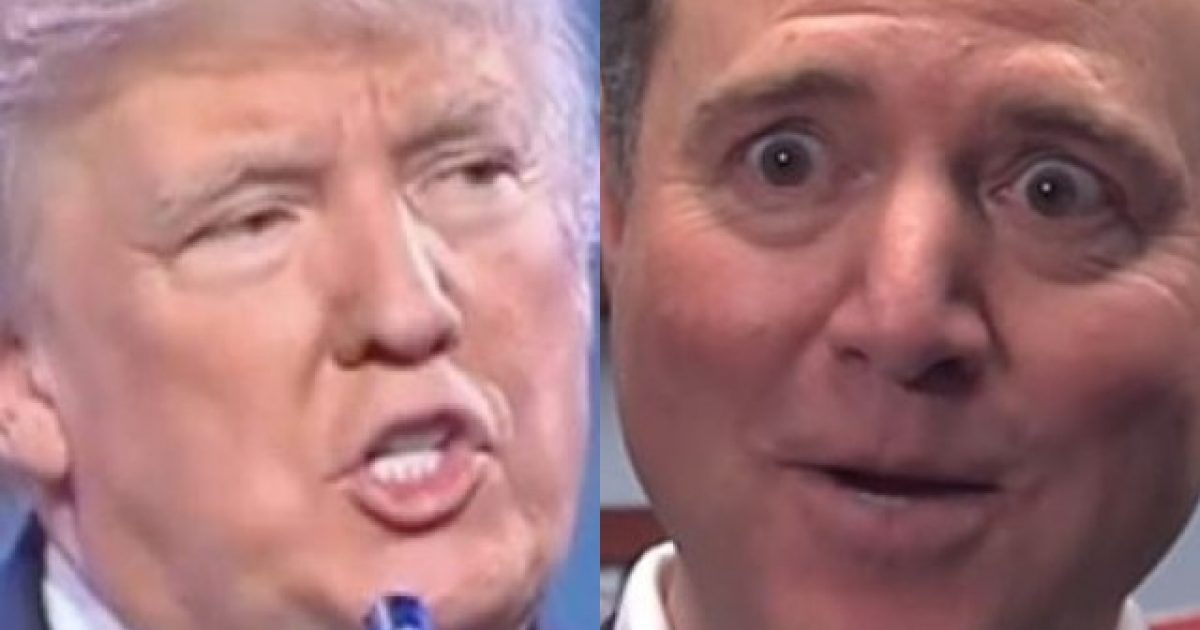 OP ED: President Trump has been the target of congressman Adam Schiff (D-CA) since before he even took the presidential oath of office.

Schiff has seemingly, knowingly lied about, among other things, having what multiple investigations have seemingly determined is non-existent evidence of Trump-Russia collusion.

As the ranking member, and later the chairman of the House Intelligence Committee (HPSCI), Schiff had an obligation to put party politics and dirty tricks aside and to tell American people the truth.

Instead Schiff has, in my opinion, knowingly and constantly presented false testimony from his lofty position on the HPSCI.

Yesterday, relying solely on a complaint by a ‘whistleblower’ who had no firsthand knowledge of President Trump’s conversation with Ukrainian President Zelenskyy, Schiff attempted to advance a narrative supporting impeachment with no there, there.

Whistleblower statement: “I was not direct witness to most of the events described.

Schiff, who has been burned a number of times over the past three years for being the face of these false narratives, is either too partisan to chair such an important committee or too ignorant to realize the similarity in format and writing to the past false complaints he advanced.

What we know about this so-called "whistleblower":

He didn't hear any conversations between @realDonaldTrump and Ukraine first-hand.

His lawyer worked for Hillary Clinton, Chuck Schumer and donated to Joe Biden.

Either way, it sure seems to me that should disqualify him from conducting future investigations.

I believe that any witness to appear before the committee and that likewise gives false testimony would face legal recrimination.

(The American Thinker) After watching Adam Schiff’s reprehensible performance in his committee hearing Thursday morning, it is clear we are benighted by yet another sinister, scheming member of the House who, like Shakespeare’s Iago, is adept at (and enjoys) ruining lives.  He set out to ruin President Trump’s and has been working at it diligently for three years. Since the moment President Trump was elected, it has been Schiff, more than any other member of Congress, who has been the public face of the attempted coup designed to get Trump out of the White House.  He has lied and leaked relentlessly for nearly three years, promising that Mueller had the goods. He did not.

THE PRESIDENT: Hello, everybody. I just watched a little bit of this on television. It’s a disgrace to our country. It’s another witch hunt. Here we go again. It’s Adam Schiff and his crew making up stories and sitting there like pious whatever you want to call them. It’s just a — really, it’s a disgrace.

It’s a terrible thing for our country. They can’t do any work. They’re frozen — the Democrats. They’re going to lose the election; they know it. That’s why they’re doing it. And it should never be allowed, what’s happened to this President.

The Inspector General for the Intelligence Community found that the so-called “whistleblower” had “some indicia of an arguable political bias… in favor of a rival political candidate.”

That’s Washington speak for “they were out to get the President.”

If Schiff had been serious about determining the truth behind the whistleblower’s complaint he would have subpoenaed members of the intelligence committee who were actually listening in on President Trump’s conversation with Ukrainian President Zelenskyy.

Rep. Adam Schiff totally made up my conversation with Ukraine President and read it to Congress and Millions. He must resign and be investigated. He has been doing this for two years. He is a sick man!

Is Schiff calling all of those who were actually listening in on the call liars incapable of telling the truth?  Aren’t they members of the same intelligence community Schiff, and his fellow Never Trumpers that tell us they are beyond reproach?

“I am calling for him [Schiff] to immediately resign from Congress based on this fraud.” – President Trump