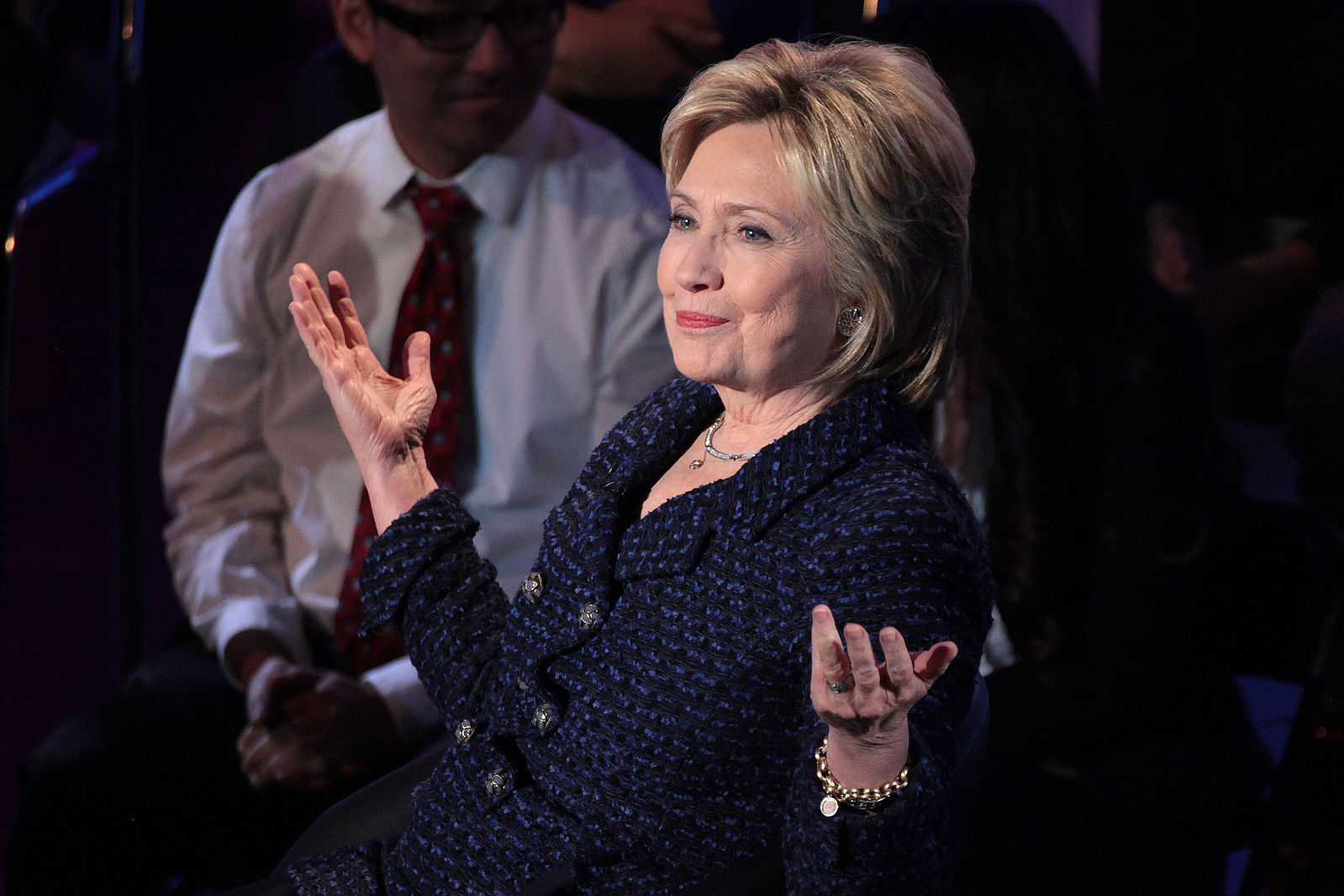 Just a few weeks ago, it seemed exceedingly unlikely that Hillary Clinton would enter the race for the White House in 2020.  But now the Biden campaign is deeply struggling, and the constant focus that the impeachment inquiry is putting on his son’s dealings in Ukraine has already significantly damaged his chances.  Joe Biden’s numbers are sliding nationally, and in the early voting states they are really starting to plunge.  The only thing that made him a strong candidate in the first place was the fact that he was Barack Obama’s vice-president for eight years, and unfortunately for Biden his weaknesses are really being exposed over course of this campaign.  Meanwhile, Elizabeth Warren has been surging nationally, and she is now in first place in several of the early voting states.  This has put the Democratic establishment in panic mode, because it now looks like Warren has a really good shot of actually beating Biden.  But none of the other establishment candidates have been able to maintain any sort of traction whatsoever, and at this point none of them are even close to double digits in the major national polls.  So that means that establishment Democrats need a savior, and it turns out that “savior” could end up being Hillary Clinton.

And all of a sudden Hillary Clinton is popping up all over the place in the mainstream media.  She has repeatedly supported the impeachment inquiry in recent days, and she very much sounds like someone that does not plan to stay on the sidelines for much longer.

“I had a chance to visit with Nancy backstage and I really share her view that the seriousness with which she has addressed the question of impeachment is exactly in line with what a sobering decision she had to make,” Clinton said. “And now she must proceed with an impeachment inquiry into the president, who has betrayed his oath of office to uphold the Constitution and protect and defend our country. This occupant of the Oval Office poses a clear and present danger to our future and our democracy.”

“This is not a partisan political statement, it is a harsh reality, which is why the Speaker has acted. Because it goes to the core of our values, our strength, our freedom, our security, our prosperity.”

If things had gone smoothly for Joe Biden, we would not even be talking about the possibility of another Clinton run for the presidency.

But Biden’s struggles have opened up a door for Elizabeth Warren, and this week two national polls actually showed her leading Biden.

Needless to say, the Democratic establishment is really starting to become concerned, because they don’t want Elizabeth Warren to win the race.  In fact, CNBC is reporting that big Democratic donors on Wall Street “are preparing to sit out the presidential campaign fundraising cycle” if Warren gets the nomination…

Democratic donors on Wall Street and in big business are preparing to sit out the presidential campaign fundraising cycle — or even back President Donald Trump — if Sen. Elizabeth Warren wins the party’s nomination.

In recent weeks, CNBC spoke to several high-dollar Democratic donors and fundraisers in the business community and found that this opinion was becoming widely shared as Warren, an outspoken critic of big banks and corporations, gains momentum against Joe Biden in the 2020 race.

Well, maybe it is because she was viciously attacking Wall Street long before she got elected to the U.S. Senate.

And of course her “wealth tax” is not winning her any friends among the Wall Street elite either.  If you are not familiar with this proposal, here is a brief summary…

Consider the version of a wealth tax proposed by Elizabeth Warren. She was inspired by the work of French economist Thomas Piketty, who made the case for a global wealth tax in his blockbuster 2014 volume Capital in the 21st Century. Since then, Warren has tapped the research of UC Berkeley economists Emmanuel Saez and Gabriel Zucman (each of whom is also French).

Senator Warren’s proposal is straightforward. It would target the “richest 0.1 percent of Americans.” Households with a net worth of $50 million or more would pay an annual tax of 2 percent on every dollar of net worth above $50 million and 3 percent on every dollar above $1 billion. Warren believes that with this wealth tax she can raise $2.75 trillion over ten years, which is a good thing because she has a ton of new programs that she would like to implement.

This “wealth tax” would be in addition to the federal income tax, and many among the elite are deeply concerned about what this would mean for their bank accounts.

After all, how would you feel if someone came along and took 2 or 3 percent of the money out of your bank account every single year?  One year might not be too bad, but after five or ten years we are talking about some real money.

In any event, the Wall Street elite do not like Elizabeth Warren at all, and so if Joe Biden can’t get the job done they need somebody else that will.

And at this moment it appears that their best alternative is Hillary Clinton.

Of course Hillary would love to redeem herself for her failure in 2016, and it is interesting to note that she does have “a full slate of media appearances scheduled next week”.  The following comes from Gateway Pundit…

Speculation is starting to grow that the repeatedly failed presidential candidate Hillary Clinton may try to run for office once again as she has a full slate of media appearances scheduled next week.

The former First Lady is making appearances on CBS Sunday Morning, Stephen Colbert, and The View.

The media blitz is being billed as a way to promote her and her daughter Chelsea Clinton’s new book, The Book of Gutsy Women — but comments she has been making recently have fueled theories that she may have ulterior motives.

So will Hillary actually pull the trigger and make another run for the White House?

It still feels like a bit of a long shot, but many believe that it is definitely a possibility.

Let’s keep an eye on the Biden campaign.  The worse Joe Biden does, the more nervous the Democratic elite are going to become, and if things get bad enough they will literally be begging Hillary Clinton to save them.