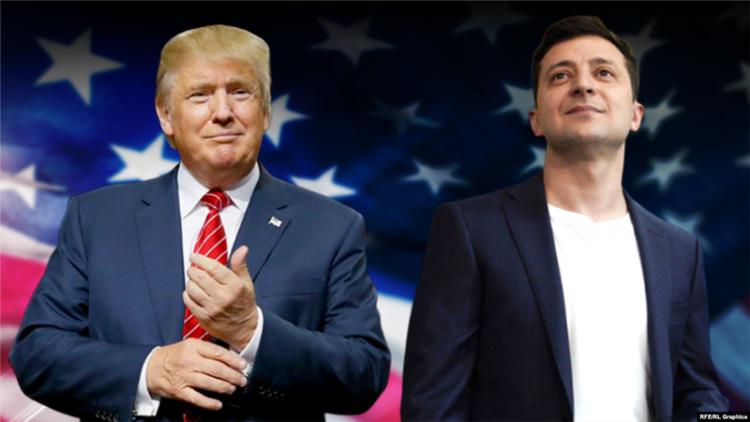 More information is coming out that the Democrats are digging their own graves and pulling the dirt in on top of themselves in their quest to impeach President Donald Trump over more bogus “law violations” concerning his call to Ukranian President Volodymyr Zelensky. The latest is that though Democrats have accused Trump of leveraging $400 billion in US military aid to Ukraine in order to get Ukraine to investigate former Vice President Joe Biden and his son, Hunter, the reality is that Trump’s defense comes from the New York Times that said that delay wasn’t known by Ukraine until a month after the call.

While Trump says he stalled the aid to investigate whether the new administration was just as corrupt as the last one, Democrats and their MSM lapdogs have been making the case that the aid and the request to investigate Biden are linked.

Not true, according to the New York Times’ Kenneth Vogel in a Wednesday tweet that went virtually unnoticed (but not by the WSJ‘s indefatigable Kim Strassel).

Responding to a tweet by MSNBC‘s Rick Tyler in which he questions why the $400 million wasn’t “the top priority of the call,” Vogel explains: “The Ukrainians weren’t made aware that the assistance was being delayed/reviewed until more than one month after the call.“

The Ukrainians weren't made aware that the assistance was being delayed/reviewed until more than one month after the call. https://t.co/qDJ3FT261a

Zero Hedge went on to recount:

To recap – in 2018, former Vice President Joe Biden openly bragged about getting Ukraine’s top prosecutor, Victor Shokin, fired by threatening to withhold $1 billion in US loan guarantees. According to Shokin, “I was forced out because I was leading a wide-range corruption probe into Burisma Holdings, a natural gas firm active in Ukraine, and Joe Biden’s son, Hunter, was a member of the board of directors.”

Then, Ukrainian actor Volodymyr Zelensky won the country’s 2019 election, assuming office on May 20 – and promising to fight corruption.

On July 25, Trump and Zelensky conducted a phone call at the center of a CIA operative’s ‘whistleblower’ complaint based on second and third-hand information, alleging that Trump pressured Zelensky to investigate the Bidens in a quid pro quo arrangement. Under pressure, Trump released both a transcript of the call which revealed no such thing.

According to Trump, his administration withheld the nearly $400 million in aid ($250 million in Pentagon aid and $141 million in State Department funds for an actual total of $391 million) while they reviewed the programs. In May, the Pentagon officially certified that it had seen enough anti-corruption progress in Ukraine to justify releasing the Congressionally approved aid, according to the Associated Press.

In a May 23 letter to Congress, defense undersecretary for policy, John Rood, said that the Pentagon had made a thorough assessment of Ukraine’s anti-corruption policies and other reforms – writing “On behalf of the secretary of defense, and in coordination with the secretary of state, I have certified that the government of Ukraine has taken substantial actions to make defense institutional reforms for the purpose of decreasing corruption” (via the Washington Post).

Still, the funds weren’t released by the Trump White House until September.

On Wednesday, Zelensky and Trump held a press conference at the United Nations where the Ukrainian president said “Nobody pushed me.”

“I don’t want to be involved in the democratic elections of the U.S.A.”

Ukrainian President Zelenskiy responded to allegations of coercion, while Trump said there was “no pressure” on him to investigate Biden #UNGA pic.twitter.com/3WYyIpyyzK

In fact, I’m surprised President Trump hasn’t had his team of attorneys issue a flurry of defamation, slander and libel lawsuits against the pundits in the media that pushed the debunked conspiracy theory of Russian collusion.  Or perhaps, he’s waiting till after the elections to deal with the propagandists one by one.