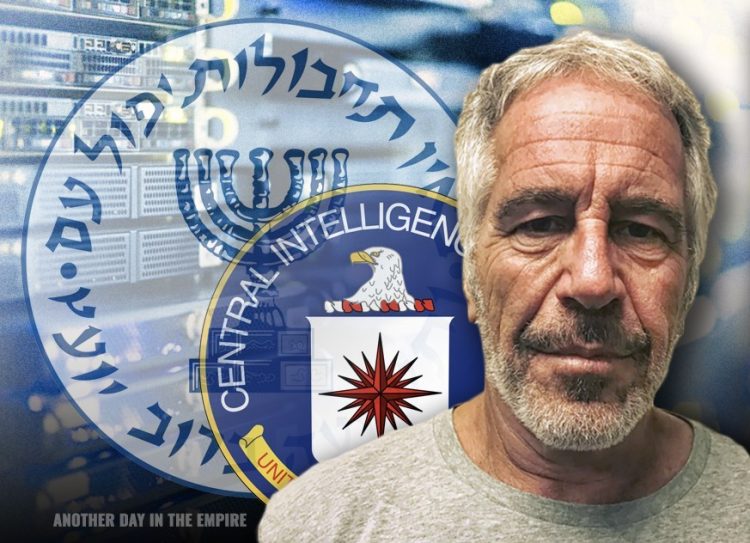 How did renowned photographer William Farrington know the “dead” Jeffrey Epstein would be wheeled out on a gurney at the NYC Metropolitan Correctional Center? His photo of a man who does not resemble Epstein. It went viral and is being used as proof the notorious pedophile died in prison as a result of suicide.

“Looking at this man, he shares an uncanny resemblance to Roger Farrington, CIA celebrity photographer famed for his work in the Boston area in the 1970s. Roger and William wouldn’t be related, would they?” writes the Enchanted Life Path website.

If they are related they could well be twins or maybe its coincidence and they are doppelgangers, stranger things have happened. Like Roger being associated to the Clinton’s… He does have secret service clearance. I did wonder if William Farrington was a shadow reporter’s name and now I am wondering if William Farrington is more than related to Roger. I am asking myself and the wider audience, is this the same person?

I cannot find direct evidence of Roger Farrington working for the CIA. Despite this, the website reports “William Farrington is really Roger Farrington who is a famous photographer of the elite and has had secret service clearance at the White House in the past…”

Looking at this man, he shares an uncanny resemblance to Roger Farrington, CIA celebrity photographer famed for his work in the Boston area in the 1970s. Roger and William wouldn’t be related, would they?

Photos of the two men do strike an uncanny resemblance.

I cannot prove Roger-William Farrington works for the CIA, but I wouldn’t be surprised. The deep state and its cronies are busy at work trying to bury this story and hide the vast pedophile and sex slave network maintained by the elite.

If we are to believe the state is actively pursuing the case, we must ask why Ghislaine Maxwell, the daughter of documented British intelligence and Mossad agent Robert Maxwell, and Jean-Luc Brunel (model agency mogul described as Epstein’s “pimp”) are still at large.

I don’t believe Epstein is dead. I also believe the man Farrington took the photo of was not only not Epstein, but also wasn’t dead. Read the story linked above for further details.

The CIA (if indeed the rogue agency is involved) ain’t what it used to be.  The photographic “evidence” backing up the claim the serial rapist and pedophile Jeffrey Epstein is obviously fake.

The nose of the person on the hospital bed does not match Epstein’s as it is much more hooked than that of the convicted paedophile child-trafficker, also to make matters worse his ears are totally different also… It is 100% safe to say this is a total facial recognition failure on all levels… Jeffrey Epstein’s ear cartilage does not match the person on the bed, his nose is not the same, nor is his cheekbone.

I have no doubt about the existence of an elite pedo network. There is ample evidence it exists.

Epstein may well have killed himself, although this claim is now in serious doubt. I really don’t believe a highly narcissistic sexual predator would off himself in a suicide-proof prison cell. Epstein may have thought he would skate like he did previously, although there was ample evidence of his activity both then and now.

The Farrington photograph of the “dead” Epstein reveals that the man shown is not the notorious child rapist and multimillionaire (thanks largely to Les Wexner). It is proof that the CIA if it is indeed involved, can no longer fabricate believable evidence.

The charter-busting agency will need to try harder in the future, largely due to so many internet sleuths and researchers following up every last detail on a case that has the potential to bust the elite pedo network wide open.