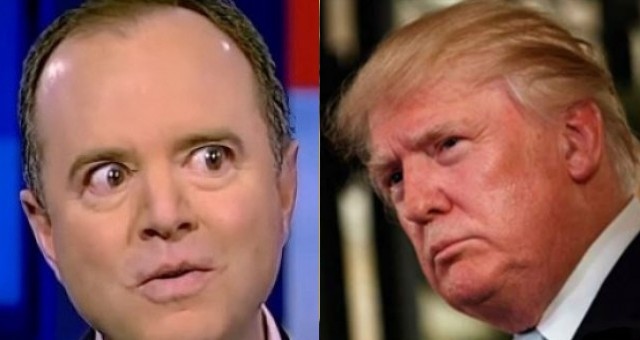 Adam Shiff has some explaining to do. New reports have surfaced which allege that Schiff and his staff of Trump haters actually met with the whistleblower before the report became public.

Here’s the problem-  The New York Times reported that the whistleblower told Rep. Schiff’s staff about the complaint before he even filed the report against President Trump but we have video evidence to the contrary.

Two weeks ago, this Shifty Sciff told MSNBC’s viewers neither he nor his office had heard from the whistleblower. At all. That was a blatant lie.

The Democratic head of the House Intelligence Committee, Representative Adam B. Schiff of California, learned about the outlines of a C.I.A. officer’s concerns that President Trump had abused his power days before the officer filed a whistle-blower complaint, according to a spokesman and current and former American officials.

The early account by the future whistle-blower shows how determined he was to make known his allegations that Mr. Trump asked Ukraine’s government to interfere on his behalf in the 2020 election. It also explains how Mr. Schiff knew to press for the complaint when the Trump administration initially blocked lawmakers from seeing it.

The National Sentinel has more:

In other words, Schiff abused his position as head of an extremely important committee for political purposes — to try to ensnare President Trump in another BS scandal.

Schiff is a real, live, walking, talking pile of garbage.

From The Federalist Papers:

TRUMP: I think it’s a scandal he knew before. Go further. I think he probably helped write it. That’s what the word is, and I give a lot of respect for the “New York Times” for putting it out. Just happened as I’m walking out handed it to me and I said to Mike, whoa. That’s something. Big stuff. That’s a big story.

He knew long before and helped write it, too. It’s a scam. It’s a scam. Just to finish on this, I appreciate it. I love that second question, by the way.

This is a huge development and I guarantee that there is a hellof a lot more to come!