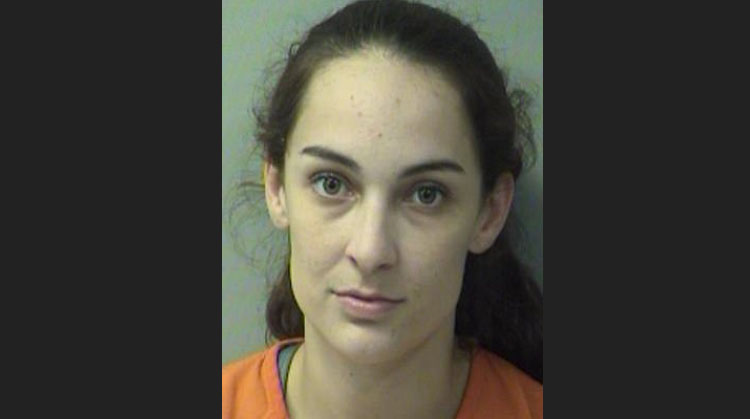 This story happened back in August but got almost zero national media attention.

Charges have been filed against a worker at a Florida day care center. The Panama City News Herald reports that 25-year-old Christina Marie Curtis was arrested recently after the May 21 incident at Kids Discovery Learning Center in Valparaiso. It wasn’t immediately clear if she has a lawyer to represent her but she was released on $4,000 bail last month.

An arrest report says all four young boys were fine the morning of the incident.

Later that day, they were having difficulty standing or walking and medical personnel determined they had all suffered leg fractures.

Parents are now looking to get their children as far away from the Kids Discovery Learning Center in Valparaiso as they can. After allegations surfaced that daycare worker Christina Marie Curtis, 25, managed to break the legs of four toddlers in one day, the daycare came under fire for its failure to keep kids safe and sound.

Because four children suffered the same injury on the same day at the daycare center in Florida, authorities grew very concerned and worried – and soon found that there was one culprit to blame for the horrendous abuse.

Now Curtis has been arrested and charged with child neglect for her bad day at work on May 21, 2019. Since she was in charge of the four children, who all broke their legs on that day, authorities knew that she was the first person to investigate.

The police report indicates that Curtis showed no care or empathy while watching the injured children. She reportedly jerked and violently abused the delicate children. She allegedly threw one baby into a wagon and jerked another through the air.

Curtis, who comes from Forth Walton Beach, was not arrested and held in custody shortly after the injuries were revealed. Instead, Florida authorities took their time gathering the necessary evidence to get Curtis behind bars for a substantial amount of time. However, during that time, she could have been putting other babies at risk – especially since she was able to break the legs of four babies on the same day.

Florida authorities finally gathered enough evidence to charge Curtis with four counts of felony child neglect. She has lost the ability to work in schools or childcare facilities. But that has not done anything for the victims of Curtis’s abuse at the Kids Discovery Learning Center in Valparaiso. Those victims need justice.

The babies who suffered Curtis’s abuses were between the ages of 13 and 21 months. That means they were tiny children who needed care – not anger and rage.

Babies between 13 months and 21 months?

What a sick woman.

Again, this story was hardly touched by the national media.

The national media is obsessed with tearing down Donald Trump.

So why don’t we look at some of the good things Trump & Company have done for kids over the last year, other than the obvious ends to Epstein and NXIVM.

Well that explains a lot.

There is much work to do and we finally have a President that is willing to tackle the many issues facing America’s kids.

Those kids are our future.

Anytime you stumble upon a local story like the one of this Florida sicko, please email it to me at [email protected]

I’ll do my best to get the word out while everyone else is busy bashing Trump.