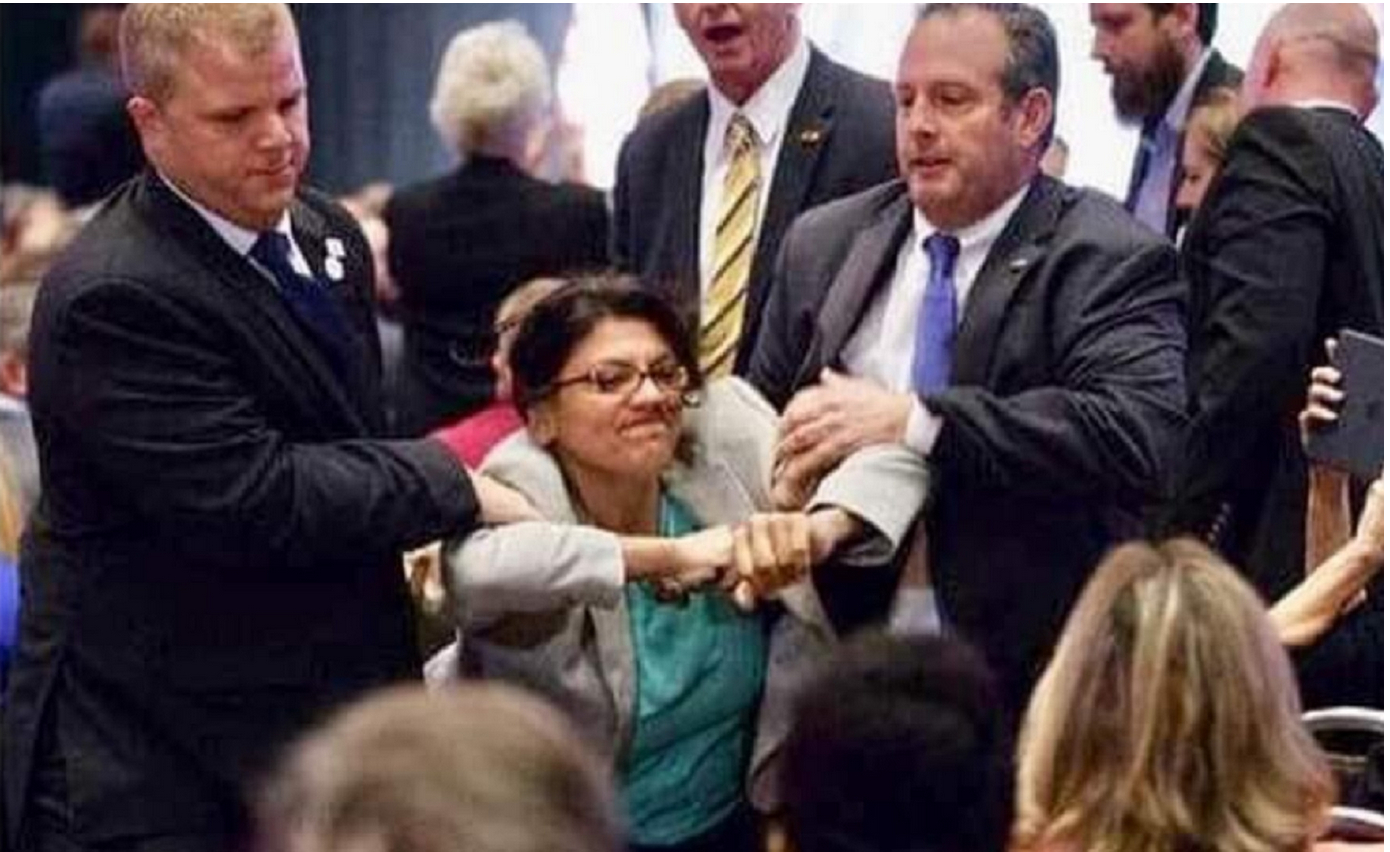 Imagine if a Republican member of Congress such as Mark Meadows or Tim Jordan asked a police chief to only hire White Americans. The reaction from the Democrat Party and mainstream media would be violent.

However, Rep. Rashida Tlaib will no doubt get a pass for her latest act of racism. The Jihad-Rep is trying to set back race relations in the United States by 50 years, since she believes that her own racism and divisiveness will bring her political points.

To make matters even worse is that Tlaib (who is a thug) had the audacity to lecture a law enforcement professional on how facial recognition technology should be used.

Rashida Tlaib is turning the United States Congress into a joke and circus. If the Democrat Party had a shred decency, Tlaib would have been ostracized several months ago. Instead, Speaker Pelosi gives her a seat on the House Financial Services Committee. Terrible.

The Detroit-area congresswoman has been drawing heated attention for anti-Semitic statements, is under investigation by the House Ethics Committee,  and has been proven time and again to be blinded by her own prejudices when it comes to current events.

So what did she do on a recent PR tour of the Detroit police department’s section on using facial recognition software to identify criminal suspects?

ACCORDING TO THE DETROIT DAILY NEWS, SHE TOLD THE POLICE CHIEF THAT HE SHOULD ONLY HIRE AFRICAN-AMERICANS TO USE THE TECHNOLOGY TO ANALYZE FACES OF SUSPECTS AND POTENTIAL SUSPECTS.

As to the argument that skin color warps the technology’s application, the Detroit News spoke to Michigan State Police Lt. Michael Shaw, who explained a popular misperception about that.

“The software doesn’t work on gender or race, it works on facial measurements,” he said.

“If you have a good photo, the photo array will come back with people with the same facial makeup, whether they’re male, female, black, white or whatever. It’s all about things like the spacing between the eyes, or where the ears are on the side of your head.