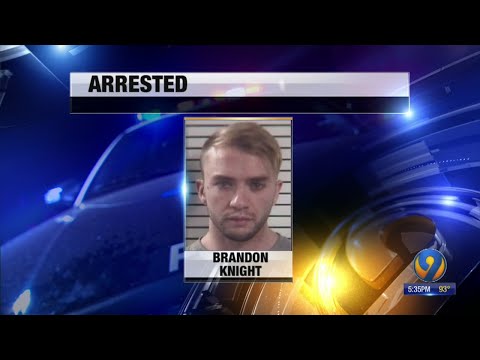 After a wave of burglaries in North Carolina, the culprit just met his match…

The armed homeowner held him at gun point until police could arrive and make the arrest.

Here’s more from The Charlotte Observer:

A homeowner in North Carolina cut short a burglar’s crime spree on Monday when he returned home mid-thievery — and armed with a gun, according to law enforcement officials.

He held the would-be robber at gunpoint until deputies arrived, they said.

“It is lucky for this suspect, this investigation did not end in a drastically different way,” Iredell County Sheriff Darren E. Campbell said in a press release.

The homeowner, whose name was not released, reportedly found his back door pried open when he got home. Knight was rifling through a bedroom for jewelry at the time, the sheriff said.

“When deputies arrived the homeowner had the suspect at gunpoint,” the release states.

That house was not the first Knight hit, the sheriff’s office said.

Read the Rest at The Charlotte Observer…

As Democrats continue to plan further infringement on our 2nd Amendment rights, how do you think this man’s neighbors feel?

Those who were not hit probably feel safer now.

Those that were hit probably have some hope of recovering their property.

Do you really think Dems are in sync with the average American on the right of gun ownership?

The police do the best they can in most instances, but they simply can not keep up with the large amount of crime in North Carolina or anywhere else in America.

Good guys, and gals, with guns are responsible for doing that which the police can not — stopping crimes as they are about to happen.

The second amendment is not negotiable.

People need to be secure in their possessions AND THEIR VERY LIVELIHOOD.

Only a moron would vote for a Democrat gun grabber in 2020.

Lord knows the morons have plenty to choose from.

What part of SHALL NOT BE INFRINGED are these they failing to understand?