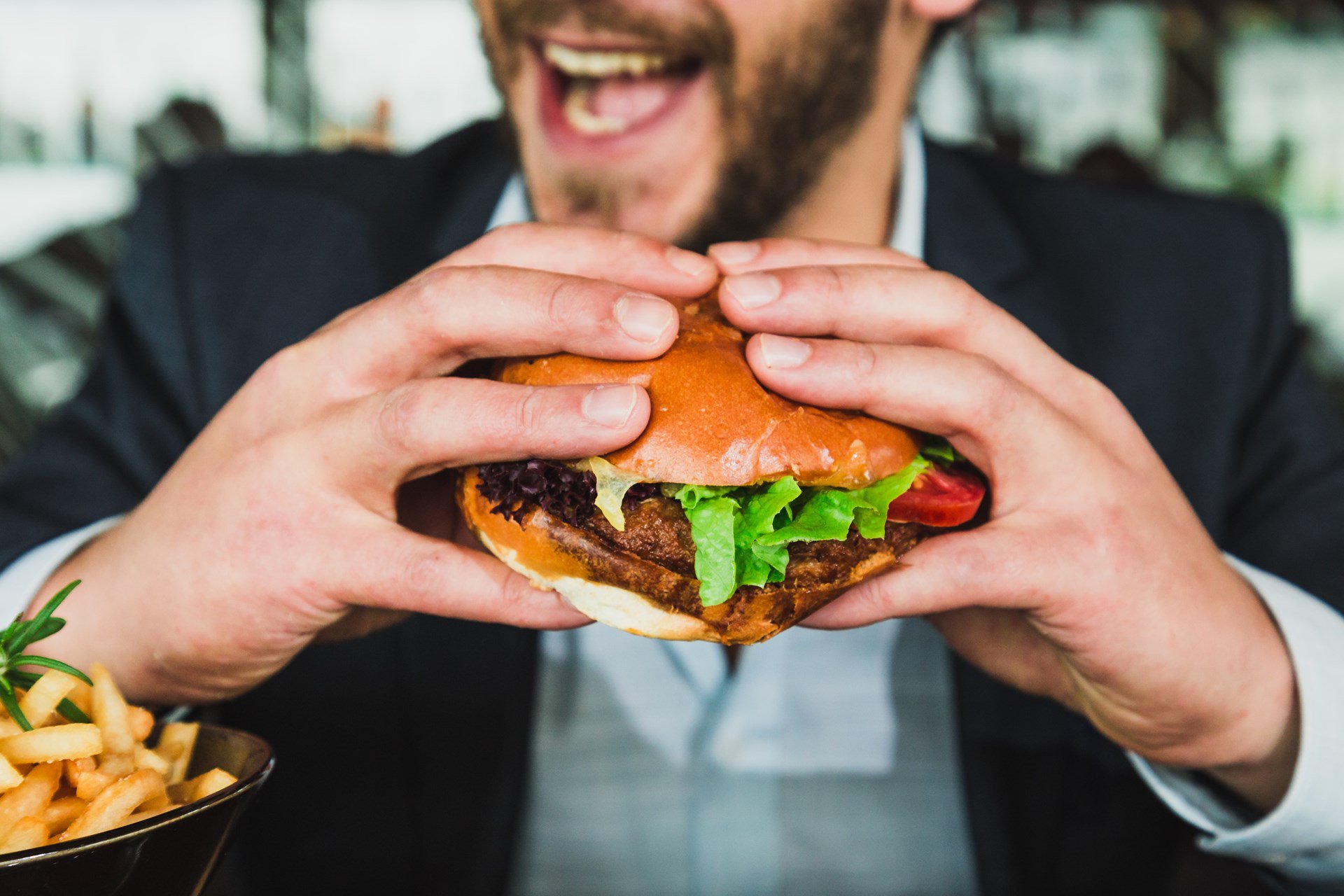 Senator Kamala Harris from California is one of the Democratic authoritarians running for president. In his recent essay “Kamala Harris and the Cult of the Presidency,” Tyler Curtis documents alarming executive actions Harris promises to take if elected president.

In September, at a CNN town hall on climate change, Harris was asked this question: “Would you support dietary guidelines changes to reduce consumption of red meat?” Harris responded,

The balance that we have to strike here, frankly, is about what government can and should do around creating incentives and then banning certain behaviors.

Banning the eating of meat by executive action is not something Harris is threatening to do; but as hysteria over climate change mounts and freedom erodes, the unimaginable might one day become a reality.

If you believe this is hyperbole, consider this: Recently, Michael Mansfield, one of the UK’s “foremost barristers,” predicted that “eating meat could be banned like smoking.” Mansfield “called for the offence of ‘ecocide’ to be introduced to prosecute those who damage nature on a massive scale.”

Mansfield claims that eating meat and dairy is high on the list of things that damage the environment. He said, “I think when we look at the damage eating meat is doing to the planet it is not preposterous to think that one day it will become illegal.”

Ominously, Mansfield argues, “It is time for a new law on ecocide to go alongside genocide and the other crimes against humanity.” In other words, Mansfield puts meat producers and eaters on par with Nazi war criminals and Pol Pot.

Mansfield is a vegetarian. The last time I ate red meat was over 30 years ago, but I’m not a holier-than thou-vegetarian. I regularly eat wild-caught fish, such as salmon and cod. Eggs are usually part of my breakfasts. The amount of whole grains and beans that my body thrives on would send someone who relishes a keto or paleo diet into shock. My green vegetable intake from the Brassica family of vegetables—kale, broccoli, bok choy, etc.—is unfathomable to many.

Not everyone would thrive on my diet. There is not one human diet that will support the health and well-being of all.

To deny variations in the need for animal food is to deny reality. In his many books, the late great biochemist Roger J. Williams pointed to biochemical individuality as a fact of human existence. There is no such thing as a “normal” individual. In his book Biochemical Individuality, Williams explains, “Variability in the human species is a much greater magnitude than that in animals.”

In his introduction to Williams’s book, Jeffrey Bland emphasizes the biochemical variability in humanity that Williams found:

Williams points out that there are significant anatomical variations between human beings. For example, Williams writes, “some stomachs hold six or eight times as much as others.” Not only the size of the organ but also the position in the body varies from person to person.

Williams continues down the list: Endocrine activities vary among individuals as do blood constituents. Differences from person to person go on and on.

All this leads to great individuality in nutritional needs. Humans, Williams observes, have differing requirements for vitamins and minerals. We process amino acids differently. Williams writes,

individual needs which we have been discussing are met to a degree by the process of self-selection of foods.

Humans are omnivores; to thrive, some need more animal food than others.

You have probably heard of the explosive demand for fake meat driven by the perception that eating fake meat is better for your health and more environmentally responsible. Still others are motivated by ethical concerns about the conditions animals are subjected to on feedlot factory farms.

Brands such as Impossible Burger and Beyond Beef are known for their remarkable resemblance to real burgers, right down to ersatz blood. Burger King has been rolling out the Impossible Whopper.

From the website of the Impossible Burger, here are its ingredients:

Libertarian and vegan John Mackey, the founder of Whole Foods, points out that these highly processed foods are not likely to sustain your health:

Mackey’s concern may be an understatement. Soy protein concentrate, and the similar product isolated soy protein, is an ingredient found in a wide range of products such as vegan meats, vegan cheeses, power bars, protein powders, and soy drinks. Due to loopholes in food labeling requirements, consumers may unknowingly consume soy protein manufactured in China and thus be risking eating foods that are contaminated.

Regardless of the purity of the product, soy protein concentrate is a highly processed, unhealthy substance bearing little resemblance to healthy soy products such as tofu, miso, and tempeh. Tofu, miso, and tempeh have been traditional whole foods in Asian societies for thousands of years.

Don’t pretend eating an Impossible Burger is a substitute for real change in eating habits. Mackey is right; avoid highly processed foods. Unprocessed or minimally processed foods are the hallmark of any healthy diet from vegan to paleo. A diet comprising unprocessed foods takes a commitment to learn how to shop, cook, and clean-up. Think twice about switching to unprocessed foods if you find pot washing a tedious chore.

Protect the Freedom of All

Mackey believes that although ersatz burgers are not good for your health, they are good for the environment. Perhaps so, but only nine percent of greenhouse gases come from all forms of agriculture. Going vegan leads “to only about a two to six per cent drop in [one’s] carbon footprint.” A marginal reduction in greenhouse gases achieved by eating food that damages your health and increases health costs is a poor tradeoff.

Real change is not achieved by legislation but by voluntary changes in behavior. Lasting change is fueled by real market prices for food, not distorted prices driven by government subsidies. Subsidies for corn distort market prices for beef since corn is a major component in the diet of feedlot cattle. The last thing America needs are government incentives to manufacture and consume ersatz burgers. What America needs is a government that respects the power of free people to make wise choices for themselves.

At about the same time Harris called for limiting meat consumption on a national level, Democratic legislators in California passed a state law, opposed by almost every Republican legislator, subjecting medical exemptions from vaccinations to bureaucratic review by government. As a practical matter, medical exemptions for vaccines are now almost impossible in California.

Democratic politicians are completely consistent: they believe the state is free to apply coercive force against individual choices.

I wonder how many who are outraged at the thought that government will decide what you eat are fine with forced injections of vaccinations.

I wonder how many who are opposing mandatory vaccination laws might be OK with government-mandated limits on meat consumption.

Few seem to realize that their rights are only as secure as their support of the rights of others.

In his seminal essay “Justice and Property Rights,” Murray Rothbard bases his ideas on the work of John Locke and asserts that each of us has the right of self-ownership. Rothbard explains,

This principle asserts the absolute right of each man, by virtue of his (or her) being a human being, to “own” his own body; that is, to control that body free of coercive interference. Since the nature of man is such that each individual must use his mind to learn about himself and the world, to select values, and to choose ends and means in order to survive and flourish, the right to self-ownership gives each man the right to perform these vital activities without being hampered and restricted by coercive molestation.

The basic freedom to self-ownership in our bodies is being eroded. It might be easy to blame politicians, but I would point to the public’s lack of understanding of the self-ownership principle.

Before meat-eaters are singled out as the next group of social pariahs, it’s time to pause and reflect.

Barry Brownstein is professor emeritus of economics and leadership at the University of Baltimore. He is the author of The Inner-Work of Leadership. To receive Barry’s essays subscribe at Mindset Shifts.