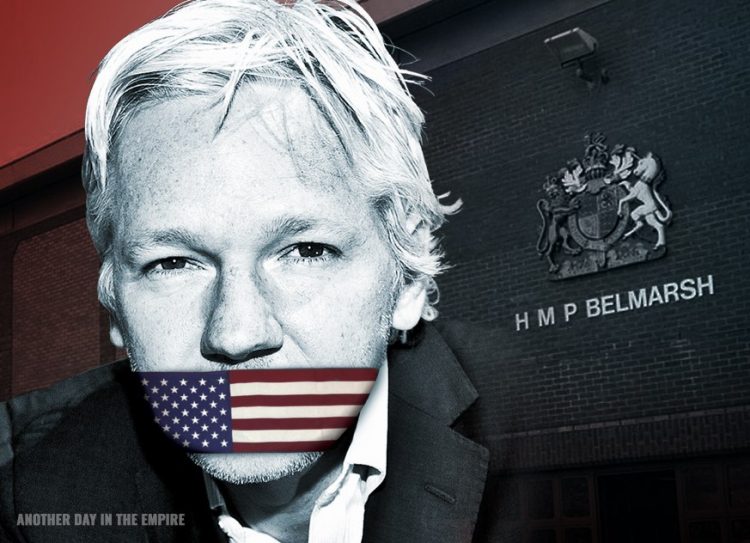 Editor’s Note:  It’s funny how Democrats are all about the rights of a non-“whistleblower,” but they either remain silent or speak out against real whistleblowers like Julian Assange, isn’t it?

I don’t know where Karen Kwiatkowski gets her information. She is former military, so I assume she has insider information on the torture, breaking down, and eventual murder of Julian Assange.

Julian Assange is reported to [be] very thin, very sick and being treated at this point, as little more than a “lab rat” by his state doctors and interrogators at

already been extracted, under physical duress, cold, light and noise torture, food deprivation, BZ variants, some experimental, and now that he is very physically weak, PCP.  The arrests have started and they won’t stop until the injured parties—mainly the US government—have satisfied their bloodlust.

If this is indeed true, whistleblowers having contributed or reached out to WikiLeaks are in serious danger.

If the hundreds, perhaps thousands, of donors of information to WikiLeaks around the world haven’t begun to already, they need to rapidly take cover—legal, physical, operational and otherwise.

I’m not certain Assange will live long enough to be deported. I believe the plan is as follows—torture Assange slowly to death, thus sending a strong message to those who would expose the crimes of the state.

Evidently, his detention is being used by the British government (no doubt at the behest of Washington) in order to destroy his health and very being. At age 48, his physical and mental condition are deteriorating by the day under the extreme conditions which amount to torture, as the UN special rapporteur Nils Melzer noted after visiting the prisoner back in May this year. The UN report called for Assange’s immediate release.

US Democratic presidential candidate Joe Biden, moron and crook or if you prefer, crook and moron, if memory serves, first uttered this phrase purportedly bringing Julian under the Patriot Act as a terrorist, thereby able to be extra-judicially murdered. Floundering morons repeat meaningless phrases echoing other bubble-head nonsense. Everyone of those morons are horrified by and terrified by truth and facts which everyone all can see and read on Wikileaks.

Forget the buffoon and establishment lickspittle Biden, the real agenda, as expressed by Hillary Clinton, is the murder of Assange.

Those who have defended Julian Assange's rights as a journalist and publisher for years have been denouncing all along that he was a victim of US persecution. All the rest was noise. This is what they wanted all along – detain him, try him in US, execute or imprison him for life.