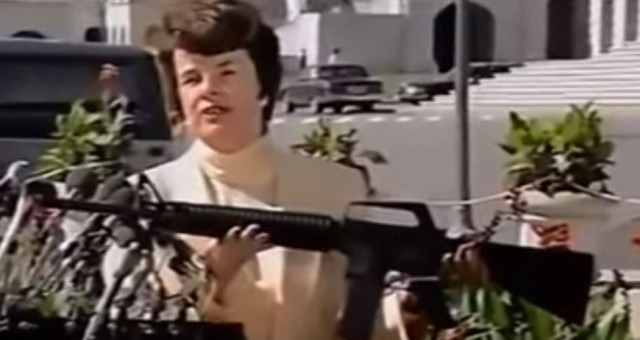 Sen. Dianne Feinstein (D-CA), the bill’s sponsor, cites alleged benefits from the 1994-2004 “assault weapons” ban in an effort to bolster the chances for passage of the new version. However, she ignores the Department of Justice’s National Institute of Justice report showing that the 1994-2004 ban could not take credit for any reduction in crime.

In addition to banning 205 different guns, “high capacity” magazines, and bump stocks, the Senate “assault weapons” ban includes a universal background check requirement for any future transfer of firearms covered by the ban.

“For the first time in more than five years, Congress today took action on a federal assault weapons ban.

“I applaud the House Judiciary Committee for holding an important hearing on protecting Americans from the deadly scourge of military-style assault weapons. The testimony clearly illustrated that an assault weapons ban works and would save lives.

“Compared with the decade before the 1994 ban took effect, the 10 years the ban was active saw a 37 percent decline in gun massacres. Then, the decade after the ban expired, gun massacres shot back up by a stunning 183 percent. There’s no debating the fact that while the ban was in effect gun massacres were down, and after it expired they rose.

“We cannot wait any longer. Republicans must stop blocking commonsense gun legislation. The time to act is now. The longer we wait, the more lives will be lost.”

The Senate version of the Assault Weapons Ban of 2019 has 34 cosponsors in addition to Senator Feinstein.

Following are the key provisions of the bill:

Following are exemptions to the bill:

Following are other provisions in the bill:

Following are key updates to the bill:

Feinstein: Queen of the Gun Grabbers…