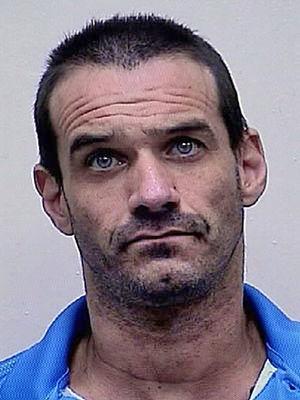 Jason Henry Cochrane was fingerprinted in 1985 so he could serve with the Boy Scouts of America.

Cochrane, who is HIV Positive, can now be added to the list after allegedly raping a boy in Maryland.

Here’s the story from HeraldMailMedia.com:

An HIV-positive man is accused of raping a boy on the Appalachian Trail.

Jason Henry Cochrane, 43, of Millersville, Md., is charged with sex abuse of a minor, second-degree rape and multiple other counts, according to Washington County District Court records.

But Cochrane was fingerprinted in 1985, Michael said, so he could serve with the Boy Scouts of America.

“He’s so dangerous, he shouldn’t be released under any circumstances,” Michael said.

Judge Terry A. Myers then ordered that Cochrane continue to be held without bond at the Washington County Detention Center.

The documents said an officer made contact with Cochrane and an adolescent boy, who were in a camping tent north of the shelter.

After receiving consent to search the tent, the officer allegedly found a hypodermic needle, a glass pipe and a plastic bag containing suspected crystal methamphetamine.

The search of the tent also produced condoms, several sex toys and more than 30 pairs of men’s and women’s undergarments, the documents said.

Authorities obtained a warrant and took samples of Cochrane’s DNA. The results confirmed the two had sex.

Investigators said in the documents that Cochrane is HIV-positive and gave the boy crystal meth during their camping trip.

Read it all at HeraldMailMedia…

Certainly we can not assume that all 7800 accusations will hold up in court, but we must also assume that there were probably heinous acts that were never reported.

Would this have been reported by the child had it not been for Cochrane being caught in the act?

I’m certain it is a traumatic experience for a child.

In my own town I worked with the wife of a scout leader at a local business.

They had 3 sons together.

After they divorced I discovered that my friend’s ex-husband was gay, maybe bisexual to be exact, and had left her for another man.

I’ve always wondered what those 3 boys may have gone through.