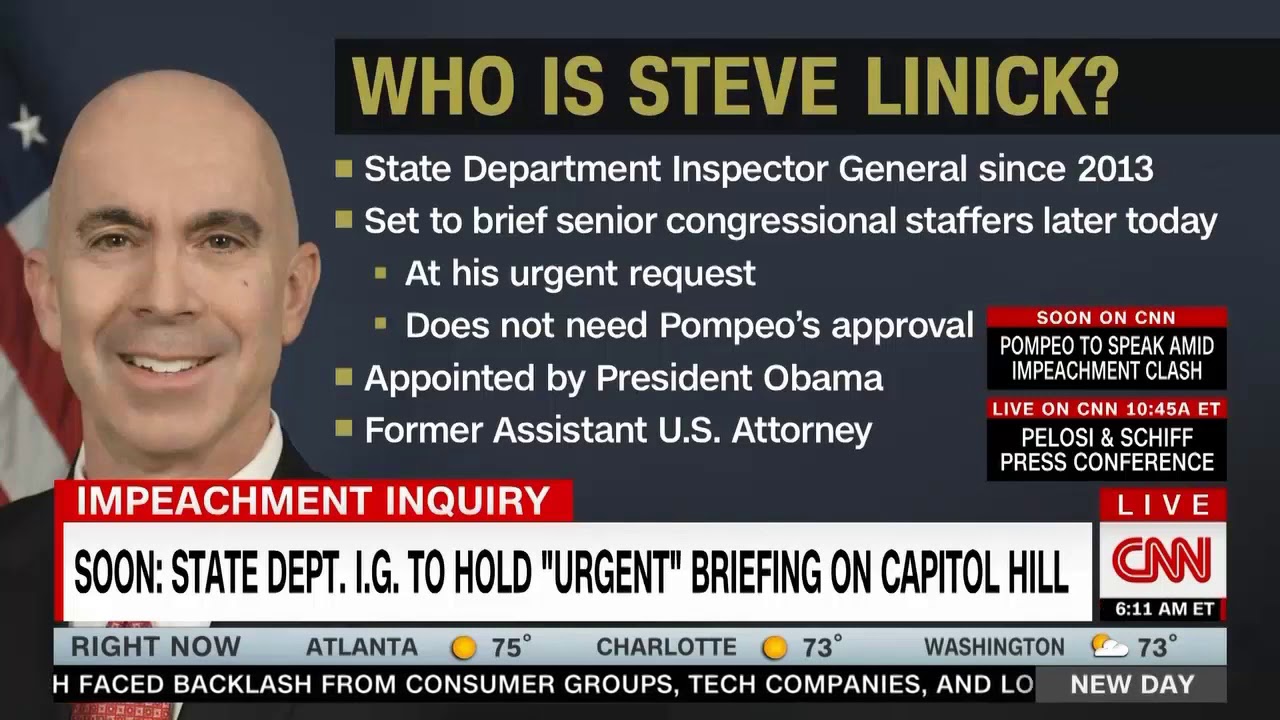 “… The Ukrainians came to me.  I didn’t go looking for them. They told me for a year and a half they were trying to get to the FBI.  They believed there was something seriously wrong with our FBI because they wouldn’t take the investigation.

“The reason I gave it to the State Department was because my witness didn’t trust the Justice Department.  I tried to convince them that once Bill Barr was there they didn’t have to worry about that but they didn’t understand that.

“And then I gave it to Mike Pompeo.  Mike Pompeo said they were going to investigate.  I delivered some of the notes I had. Then I expected I would hear back.  And, I never heard back.”

Imagine that! How could that have happened?

“They never gave me the courtesy of calling me in to ask about the credibility of these things.  They never talked to the principal witnesses, Shokin and Lutsenko. And somehow I think the Deep State people tried to Deep State it.”

For context, then Vice President Joe Bidenhad Viktor Shokin, Ukraine’s Prosecutor General fired.  Shokin was investigating corruption at Burisma Holdings where Biden’s son Hunter was a board member making ton’s of money for doing nothing.

And Biden is caught on tape bragging about it.

So who is the Inspector General at the State Department who has squashed the evidence Giuliani delivered to State in March?  Apparently It’s Steve A. Linick, an Obama appointee.

Imagine that. Rudy Giuliani shows up with documents, a list of cooperating witnesses, and signed affidavits testifying to Joe Biden’s corruption and he apparently gets ignored and vilified.

But, a gossipmonger peddling second and third hand hearsay is given urgent whistleblower status.

Who is Linick protecting?  It’s not likely to be Biden who wasn’t a candidate for president yet. Maybe it’s the former president who, if Biden’s story is to be believed, confirmed the Vice President’s extortion demand.

NOTE* Below is the opinion of RWT editor:

[Just my opinion but I think Obama knows about everything his administration did and what his holdovers are doing as of this day.

Portions of this article originally appeared at ILLICIT INFO Opinion Blog and was republished with permission.