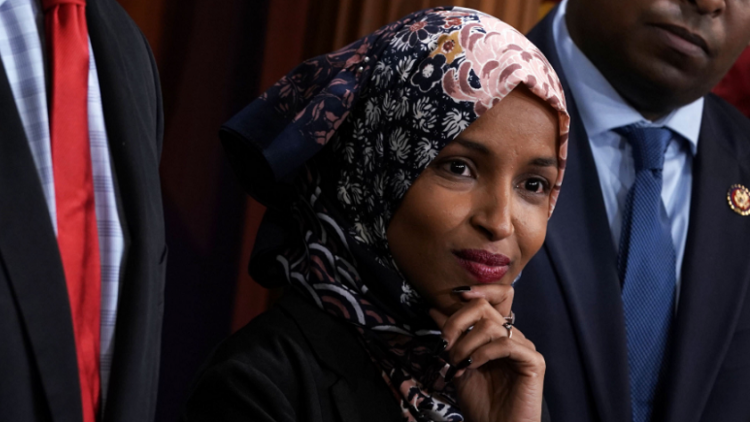 Rep. Ilhan Omar is always the victim. Nothing is her fault. Everything is the fault of the mean people, Republicans, Jews, Americans, who keep tearing her down. Even her divorce is the fault of her critics.

A rep for Omar tells TMZ, “As with all marriages, this is intensely personal and a difficult time for their family. For years, Ilhan and Ahmed have been the object of speculation and inuendo from political opponents and the media.”

The statement continues, “This has taken a significant toll on Ilhan, Ahmed, and their three children. Just like any other family navigating this kind of transition, Ilhan wishes to have their privacy respected for themselves and their children and will not be commenting any further.”

Really? It’s the people noting that Ilhan had allegedly married her brother who caused her latest marriage to fall apart by getting her to have an affair with a married man?

Occasional internet discussions didn’t cause this love match to come apart. Certainly they didn’t get Omar to launch into what is an allegedly adulterous affair.

Omar really needs to stop blaming the Jews for everything.

According to the divorce docs — obtained by TMZ — Omar says there’s been an “irretrievable breakdown of the marriage relationship.” She states the couple has 3 minor children, who she wants joint legal and physical custody of … and wants to deny spousal support to each side.

Omar wants the court to decide child support, but doesn’t indicate who should receive it.

Since she wants custody, I’m going to guess that she wants it.

Sad. It’s all about the benjamins.