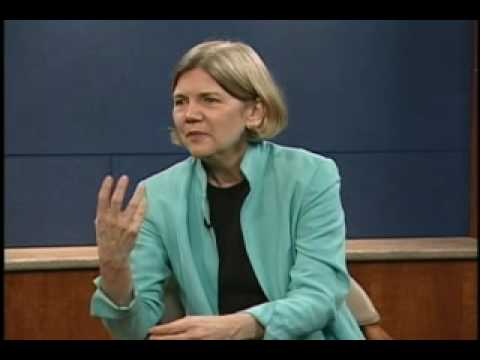 Obama’s memoirs had a ‘composite’ girlfriend, but Warren clearly just makes stuff up out of nothing.

She knows that being a wealthy white chick doesn’t score well on the left’s victim hierarchy, and she’s been desperate to find something — anything — to hold up as an example that she’s lived anything other than a rather ‘privileged’ life.

Especially since her entire political vision has a very ‘eat the rich’ theme to it.

Claiming Cherokee descent didn’t work out so well, especially since she got shamed into taking a DNA test that turned her into a laughingstock.

It got even worse when it turned out some of her ancestors were actually quite hostile to the Cherokees and played an active role in the Trail of Tears.

Whoops. She’s managed to have that lie tucked away and conveniently fogotten by the left. But the question is, how many times can she get called out for lying about her victim status before her support wears thin?

She claimed to be victim on account of being a woman. She was discriminated as a teacher for — can you believe it — getting pregnant. She got fired from her job because she was pregnant. Except, she didn’t. It was yet another pandering lie from Lieawatha.

Minutes of an April 21, 1971, Riverdale Board of Education meeting obtained by the Washington Free Beacon show that the board voted unanimously on a motion to extend Warren a “2nd year” contract for a two-days-per-week teaching job. That job is similar to the one she held the previous year, her first year of teaching. Minutes from a board meeting held two months later, on June 16, 1971, indicate that Warren’s resignation was “accepted with regret.”

Warren’s claim that she was dismissed after her first year of teaching because she was pregnant has become a cornerstone of her stump speeches. She has used it to both explain her jump from teaching into the legal world as well as to showcase the difficulties that women face in the workplace. The principal of the school she worked at in the early 1970s, Warren has said, “showed [her] the door” at the end of the school year because she was “visibly pregnant.”
Source: FreeBeacon

In reality, she given a very different version of the story… in her own words. It’s been discovered on a YouTube video. (Starting at the 6:29 mark)

In it she says:

“I was married at nineteen and then graduated from college [at the University of Houston] after I’d married,” Warren, then a Harvard Law School professor, said in an interview posted to YouTube in 2008. “My first year post-graduation, I worked — it was in a public school system but I worked with the children with disabilities. I did that for a year, and then that summer I actually didn’t have the education courses, so I was on an ’emergency certificate,’ it was called.

“I went back to graduate school and took a couple of courses in education and said, ‘I don’t think this is going to work out for me,’” Warren continued. “I was pregnant with my first baby, so I had a baby and stayed home for a couple of years, and I was really casting about, thinking, ‘What am I going to do?’”
Source: AmericanThinker

That American Thinker piece points out that it is one of a series of lies she tells, including falsified research. Faking results for the work you are doing is kind of relevant to know if she’s embarking on a national job interview, wouldn’t you think?

It’s a little more directly relevant to job performance than an inflated view of your own self-worth. Say what you will about Trump’s admittedly enormous ego, at least he never had the hubris to claim that his election would literally mark the beginning of the healing of a planet.

So to recap, we’ve got a commie with a bum heart, an admitted plagiarist who bragged about firing a public official in another country who was a little too interested in the conduct of his son’s company, and we’ve got a habitual liar who is so desperate to be a victim she’s making s**t up as she goes, and expecting nobody to catch her in the lie.

And that’s the TOP tier of the Democrat contenders?

Reprinted with Permission from Clash Daily

Charlatan Jefress Exposed Again: ‘There Is No Credible Religious Argument Against The Vaccines’
September 21st, 2021 Sons of Liberty Media