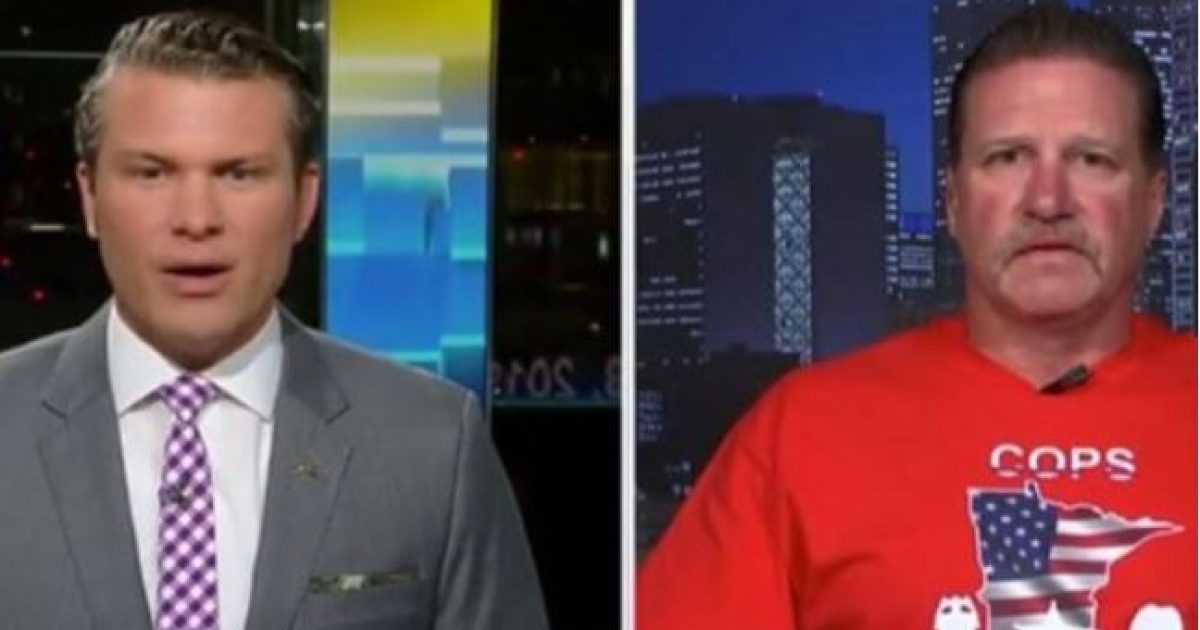 The Democrat mayor of Minneapolis is trying to “antagonize” and “bully” President Trump to discourage him from coming to the historically blue state, a police union leader said, Fox News reports.

Lieutenant Bob Kroll, president of the Police Officers Federation of Minneapolis, said on “Fox & Friends” that Mayor Jacob Frey is discriminating against Trump ahead of his upcoming rally at the Target Center on Thursday.

Kroll’s claims are in line with Trump’s campaign manager, Brad Parscale, who accused Frey of “abuse of power” over a proposed $530,000 security fee to use the arena.

“It’s disparate treatment,” Kroll said. “They have not charged nearly that much for other events…”

This is an outrageous abuse of power by a liberal mayor trying to deny the rights of his own city’s residents just because he hates the President!

Steve Straub at The Federalist Papers provides a partial transcript:

HEGSETH: “As President Trump gears up for a rally in Minneapolis this Thursday, the police department there announced a new policy banning officers — actually the mayor’s office announced it.

They ban officers from wearing their uniforms at political events. Some officers now are pushing back selling these ‘Cops for Trump’ t-shirts. all proceeds going to police union charities.

The president of that union, Lt. Bob Kroll joins us now. Thank you very much for joining us this morning. So you are wearing the shirt that these police officers can wear.

The idea is the mayor there, liberal mayor hates Trump, has said — they changed the policy 12 hours after the speech was announced. Officers can no longer wear their formal uniforms. You are saying, ‘Well, don’t wear your uniform then, you can wear this shirt instead?’”

KROLL: “That’s right, Pete. In compliance with policy. We don’t want any issues. We thought we will turn the place into a sea of red with these shirts we designed. They are available and we can’t keep them on the shelves. They have been selling out as fast as they come in.”

HEGSETH: “They’ve been selling out. So your anticipation is, you know your police force. You know the guys and gals wearing blue in Minneapolis. You believe there is a lot of support for this president. And in the past the police department there has had to stand behind, say, President Barack Obama or President Bill Clinton, and in this case they weren’t given that option with President Trump?”

KROLL: “They have. Ironically they were ordered to be behind those presidents and we got calls at the federation asking if they could be forced to do it. Command staffers were behind and they’ve since advanced in the ranks.

Now we are here and officers want to be there in uniform and they are not allowed to be. So beyond law enforcement, we have just got a big groundswell of support behind the President and the police. So we are going to have a lot of people wearing these shirts.”

HEGSETH: “We just saw on our screens a video of Barack Obama standing in Minneapolis with police standing behind him.

So you are saying in previous administrations law enforcement was compelled or told to stand behind the President because it is the commander-in-chief.

In this case, they are being told they cannot. And, you know, why is it that your police force feels like President Trump is someone they want to support so much?”

KROLL: “Well, you know, you compare the administrations, the Obama Administration, the 21st century policing, the implicit bias training and investigations they initiated against officers, all of which were unfounded, it’s the exact opposite under the Trump Administration.

Law enforcement nationwide has enjoyed his support of he and his administration starting at the Department of Justice. The list goes on and on. And local politics here, it’s very left and the mayor reacted very hostile to the President’s announcement that he was coming.

So this is our way to show our support without being in violation of the new policy they created.”

The red “Cops for Trump” shirts for the officers and others to wear are selling online for $20.

Hell yeah! I’m getting a couple of these- One for my son and one for me!

Again, you can get one by clicking HERE!