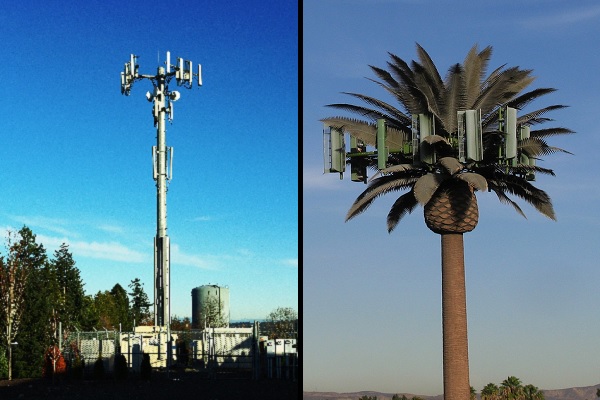 I just got this notice from Facebook regarding a post in a group in which I happen to be an administrator.

A member of Dissenter/Disinter shared content that’s been rated False by Australian Associated Press. Learn more about how fact-checking works on Facebook.

AAP FactCheck examined a Facebook post from May 14, 2019 by an Australian user that features an image of a person in a protective suit on a cherry picker next to a mobile phone tower with a palm tree in the background.

If a group repeatedly shares false news, Facebook may push all of that group’s content down in News Feed, which may mean fewer people visit the group. Facebook may also stop suggesting that people join the group.

In the first place, the photograph of the man wearing a hazmat suit doing work at the top of a 5G cell tower is true, as to what he is doing, no one knows.  See it at this link.

Secondly, the post in question says, “5G tower install requires Hazmat suit to install” which refers to the photograph of the man wearing a hazmat suit working on the 5G tower is true also. This because he really was wearing the hazmat suit while preforming his job on this tower.

The Facebook fact check via the Australian Associated Press entirely misses the point of the post since the post itself is really eluding to the fact that protective gear is necessary when working with high levels of radiation. Facebook’s main goal here is to list this post and other information on the dangers of 5G radiation as false. This primarily due to the US government’s push for this and other technology such as smart meters, which also emit high levels of radiation.

The fact is, no one can safely say whether or not 5G radiation is a health risk since the technology is so new no conclusive results from studies on the subject exist.

Not very many people realize that governments from the local level up risk being sued by the telecommunications industry if they include health risks from radiation in determining 5G cell tower approval. The passage of the telecommunication Act in 1996 made sure of this.

So, Facebook is literally fact-checking negative posts on 5G technology and possible health risks involved in an attempt to brand any opposing information on the subject as false news. This when in fact, no evidence exists that says it is safe.

It has been known for years that Facebook fact checks based on their political agenda, not whether a post is true or not. The same goes for anyone who is a Conservative, Patriot, or supports the US constitution as the rule of law, they will have their posts suppressed and often times end up suspended in Facebook jail.

Facebook is not the social media and social networking service they say they are, or they would not constantly label posts as false news, suspend members, and suppress stories that go against their Nazi core Socialist agenda.

What they really are is a part of the Leftist neo-Nazi Socialist factions in power in Washington that keep an eye on, discredits, and suppresses any opposition to their anti-American agenda.

Memorial Day Mayhem: Coronavirus Crisis Takes Back Seat to Gangs and Guns in Chiraq Yet Again
May 26th, 2020 Liberty Hub

The Caller Knew Everything, While Knowing Nothing!
May 26th, 2020 Sons of Liberty Media