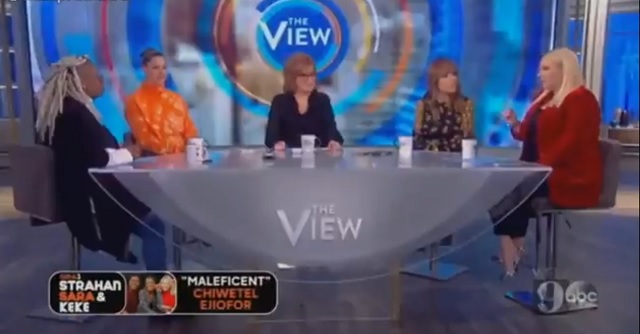 McCain admitted she was going “a little bit rogue” before tearing into Trump, who on Monday defended the decision to pull back from Syria, saying the ISIS “caliphate” has been defeated and lamenting that the U.S. was in the region years longer than planned.

“I’ve been so mad this morning, and so upset about this news that we are abandoning our Kurdish allies in the Middle East. These are allies of ours that American soldiers are still continuing to fight alongside. All we did was arm them and they fought for America,” McCain said. “We’re just going to leave them and abandon them.”

McCain then directed her anger at anyone who supports the president’s decision.

“To everyone in the White House and every Republican who was mad that President Obama pulled out of Iraq, you feckless, unpatriotic cowards,” she said. “I cannot believe this is where we’re at, diplomatic wise.”

Listening to this woman screech reminds me of old reports about a study which purportedly found men struggle to process what women are saying when they’re whining and not speaking melodically.

If Meghan is so eager for war why doesn’t she sign up for the military? She’s 34 years old, she could sign up tomorrow if she wanted to.