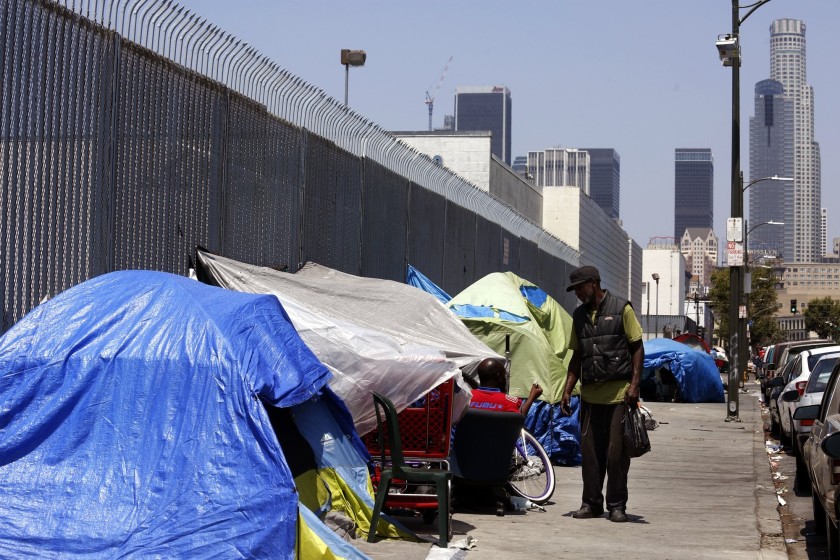 Here’s an update from the land of fruits and nuts.

Is this a surprise?

The State with a failing third-world economy and living conditions has seemingly just tallied another tough loss.

These are typical results of the liberal policies driving California…

…off the proverbial cliff, it would seem.

LOS ANGELES – Having made a deep financial commitment to create housing for some of its 27,000 unsheltered homeless people, Los Angeles is falling short in building new apartments to take thousands of people off the streets, a new study finds.

Nearly three years after city voters approved a $1.2 billion construction program over 10 years, the city has  yet to see the first building completed. Average per-apartment costs have zoomed more than $100,000 past prior predictions, the study by city Controller Ron Galperin finds.

“To create a bigger impact now and in the future, the city must make some immediate changes to its approach,” said Galperin in comments via email. “Los Angeles needs to figure out how to make the cost of development cheaper and the timeline quicker.”

At an average cost of $531,373 per unit – with many apartments costing more than $600,000 each –  building costs of many of the homeless units will exceed the median sale price of a market-rate condominium. In the city of Los Angeles, the median price for a condo is $546,000, and a single-family home in Los Angeles County has a median price of $627,690, the study states.

Prices rose dramatically because of higher-than-expected costs for items other than actual construction, such as consultants and financing. Those items comprise up to 40% of the cost of a project, the study found. By contrast, land acquisition costs averaged only 11% of the total costs.

Instead of the 10,000 apartments touted by city leaders as the goal of the bond issue, the city measure known as Proposition HHH is now projected to provide a total of 7,640. The hope is that the new apartments, combined with dormitory-style shelters and other facilities, can make a dent in the city’s unsheltered homeless population.

Nearly three years after Los Angeles voters approved a $1.2 billion bond program to build up to 10,000 housing units for the homeless, an audit has found that no units have been made available and there are only 19 projects under construction across the city.

Meanwhile, costs per unit set to be built are rising dramatically.

In a report released Tuesday, City Controller Ron Galperin said the 10-year plan under Measure HHH hasn’t lived up to its promise because of the high price of construction, stalled approvals and regulatory barriers.

“While 19 projects are under construction and two are scheduled to open in the coming months, it is clear that the City’s HHH program is not keeping pace with the growing demand for supportive housing and shelter,” the audit stated.

The median cost of each unit is $531,000, and now only 7,640 units are set to be funded, according to the audit. All of the funds from the measure have already been allocated to 114 projects, the audit stated.

My latest report on Proposition HHH takes a look at its results to date and makes recommendations to help the City achieve its voter-mandated goals, while also ensuring that taxpayer dollars are managed transparently and carefully. Read the report here: https://t.co/z0ziS8XqgL pic.twitter.com/zFYmqYGrgn

Many of the units funded by the measure cost more than the median price of a condo in the city, or a single-family home in the county, Galperin said in a news release. Costs are still expected to rise as the projects are expected to take three to six years each to complete.

“The length of time needed to complete these projects does not meet the level of urgency needed to match the magnitude of our homelessness crisis,” the report stated.

If the homeless population is growing by 16% per year, the numbers will roughly double in roughly 4 1/2 years.

They had better get busy.

Do those in charge of this project not have calculators?

Maybe that was not accounted for in the budget.

More from the Land of Fruits and Nuts…