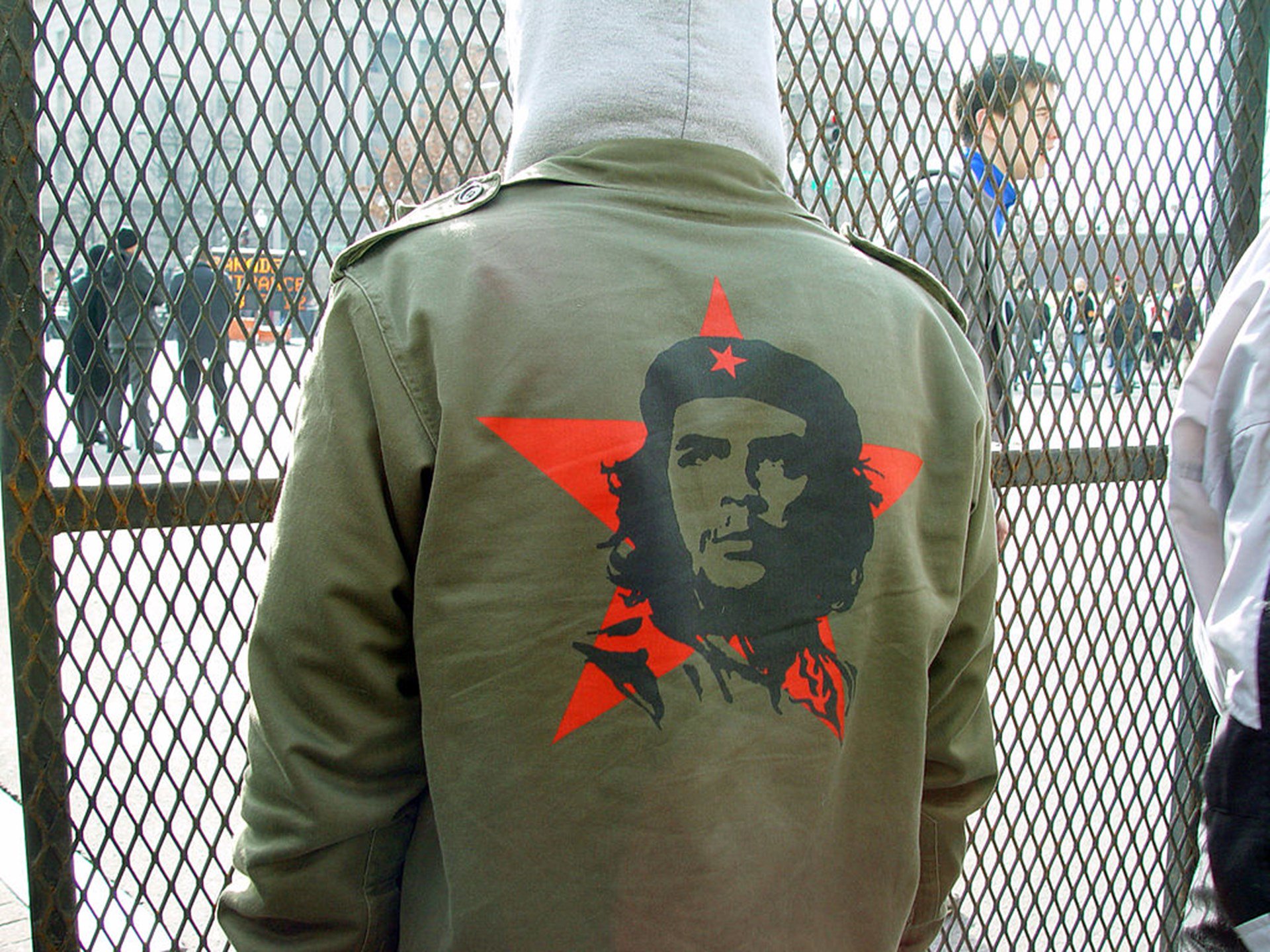 Let’s say that all you knew about Adolf Hitler was that he painted scenic pictures, postcards, and houses in Vienna, loved dogs and named his adorable German Shepard “Blondie,” and frequently expressed solidarity with “the people.” You might sport a T-shirt adorned with his image if you thought such a charismatic chap was also good-looking in a beret. But your education would be widely regarded as incomplete.

If you later found out that the guy on your T-shirt was a mass murderer, you might ask your oppression studies professor why she left out a few important details.

In film and pop culture, Che comes off as an adventurous motorcyclist, a humble-living commoner, a romantic egalitarian revolutionary, and a swashbuckling sex symbol. His ghastly history as one of Fidel Castro’s favorite thugs routinely gets whitewashed because, in spite of all the murders, he supposedly had good intentions (read: hate the rich, concentrate power, eliminate dissent, help the poor by creating more of them).

In his remarkable 2007 volume, Exposing the Real Che Guevara and the Useful Idiots Who Idolize Him, acclaimed journalist Humberto Fontova contrasted the fiction with the facts in these terms:

Who Was “Che” Guevara?

Myth: International man of the people. Humanitarian. Brave freedom fighter. Lover of literature and life. Advocate of the poor and oppressed.

Here are some lesser-known info bits about the psychopath-on-the-T-shirt, drawn from Fontova’s book and other sources:

Lawrence W. Reed is President Emeritus, Humphreys Family Senior Fellow, and Ron Manners Ambassador for Global Liberty at the Foundation for Economic Education. He is also author of Real Heroes: Incredible True Stories of Courage, Character, and Conviction and Excuse Me, Professor: Challenging the Myths of Progressivism. Follow on Twitter and Like on Facebook.