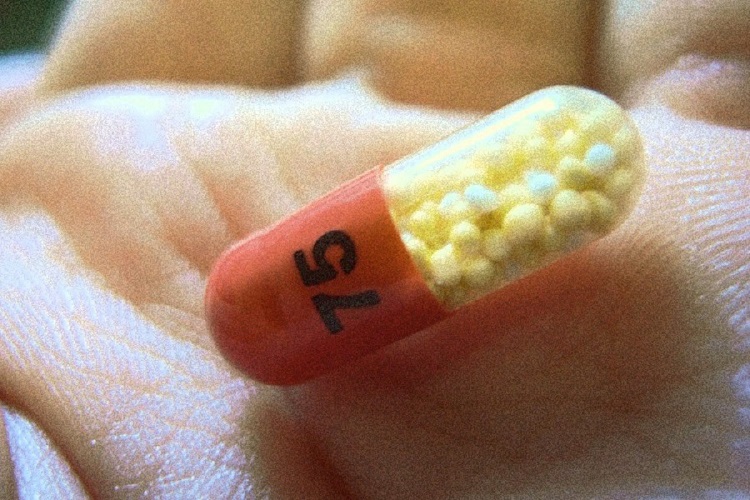 In 1995, a new wind began blowing across the psychiatric landscape. The public wasn’t aware of it. But among professionals, it was big, very big:

Children, including the very young, could, for the first time, legitimately be diagnosed with bipolar disease (aka manic depression).

The impetus for this “revelation” was a 1995 report, “Is Your Child Bipolar?” written by two doctors at Massachusetts General Hospital, Janet Wozniak and Joseph Biederman.

Biederman would go on to become the target of internal investigations at Harvard and Mass General—did the pharmaceutical money he took influence his judgment in deciding bipolar was a real disorder among children? The charges against him were ultimately reduced to a few light slaps on the wrist; he retained his prestigious position.

But back in 1995, he and Wozniak, as the NY Times Magazine recounts (9/12/08, “The Bipolar Puzzle”), arrived at an earthshaking conclusion about children coming through their hospital clinic: a number of them fit the description of “bipolar irritable manic.”

It was a huge wow for the psychiatric profession. No one had seriously insisted, with “convincing evidence,” that very young kids could develop bipolar.

But now, psychiatrists were going to pick up that ball and run with it. Drug companies were going to develop and promote drugs (very serious and toxic drugs, like Johnson & Johnson’s Risperdal) to treat childhood bipolar.

However, what the Times Magazine story mentions—but no one pays attention to—is this: Every one of these original manic “bipolar children” coming through Mass General, minus only one child, HAD ALREADY BEEN DIAGNOSED with ADHD, Attention Deficit Hyperactivity Disorder.

What Biederman and Wozniak—and the rest of the psychiatric profession—failed to realize, or didn’t want to see, was: drugs given to treat ADHD (e.g., Ritalin, Adderall) are versions of speed; and speed causes, among other reactions, very irritable hyper emotions, which are indistinguishable from “manic.”

In other words, the obvious takeaway, which no one took away, was that the “manic” symptoms of these kids were reactions to the prior speed drugs prescribed for ADHD.

There was no bipolar.

In fact, and you can find this repeated in many press reports, there are no lab tests for diagnosing bipolar. No blood tests, no brain scans. It’s all done by consulting menus of “indicative” behaviors assembled by committees of psychiatrists. See, for example, the National Institute of Mental Health, “Bipolar Disorder in Children and Teens”: “There are no blood tests or brain scans that can diagnose bipolar disorder. Instead, the doctor will ask questions about your child’s mood and sleeping patterns. The doctor will also ask about your child’s energy and behavior…”

You can give young kids ADHD drugs like Ritalin or Adderall and watch, in many cases, all the symptoms of so-called bipolar come to life before your eyes. In the old days, people used to call this a speed crash.

At first, speed can give a person a sense of clean fresh energy and clarity. Then after taking it for a few days or a week or a few weeks or a month (user reactions vary widely), the person begins to come apart. He’s sitting in a corner, in a puddle of sadness, then he’s very high energy (“manic”) and yelling and throwing things and cursing at people.

This isn’t a sophisticated situation. This is basic brain disruption.

Or a young toddler is fed formula that is largely synthetic, and chemicals cause a severe series of reactions, which are labeled “bipolar.”

Or a child is given a series of vaccine shots containing aluminum (a known neurotoxin), formaldehyde, and other injurious chemicals, and as a result develops severe symptoms labeled “bipolar.”

The drugs prescribed for bipolar are quite heavy and dangerous: Valproate, Lithium, Risperdal.

Adverse effects of Risperdal include:
* serious impairment of cognitive function;
* fainting;
* restless muscles in neck or face, tremors (may be indicative of motor brain damage).

In January, 2002, psychiatrist and author Peter Breggin told CBS News: “Psychiatry is out of control when it comes to drugging children…The drug [Risperdal] has an effect. The effect is basically a chemical lobotomy . . .”

And here’s the key paragraph from the New York Times Magazine article, “The Bipolar Puzzle,” 9/12/08, about that decisive moment in time at Mass General:

“…In an influential 1995 paper that began the paradigm shift toward bipolar disorder within child psychiatry, Janet Wozniak — the director of the pediatric bipolar-disorder program at Massachusetts General Hospital and co-author of ‘Is Your Child Bipolar?’ — working with the chief of pediatric psychopharmacology, Joseph Biederman, revealed that 16 percent of the children who came to the clinic met the D.S.M. criteria for mania [manic symptoms]. This was shocking news; it was widely believed until then that mania in children was extremely rare. Wozniak reported that the children’s mania most often took the form of an irritable mood rather than an elevated one, and that the mood was often chronic: the norm, rather than the exception. All but one of the manic children in the study also suffered from A.D.H.D.”

It almost seems as if the author dropped in that last sentence as a clue to the whole scam.

Jon Rappoport is the author of three explosive collections, THE MATRIX REVEALED, EXIT FROM THE MATRIX, and POWER OUTSIDE THE MATRIX, Jon was a candidate for a US Congressional seat in the 29thDistrict of California. He maintains a consulting practice for private clients, the purpose of which is the expansion of personal creative power. Nominated for a Pulitzer Prize, he has worked as an investigative reporter for 30 years, writing articles on politics, medicine, and health for CBS Healthwatch, LA Weekly, Spin Magazine, Stern, and other newspapers and magazines in the US and Europe. Jon has delivered lectures and seminars on global politics, health, logic, and creative power to audiences around the world. You can sign up for his free emails at NoMoreFakeNews.com or OutsideTheRealityMachine.