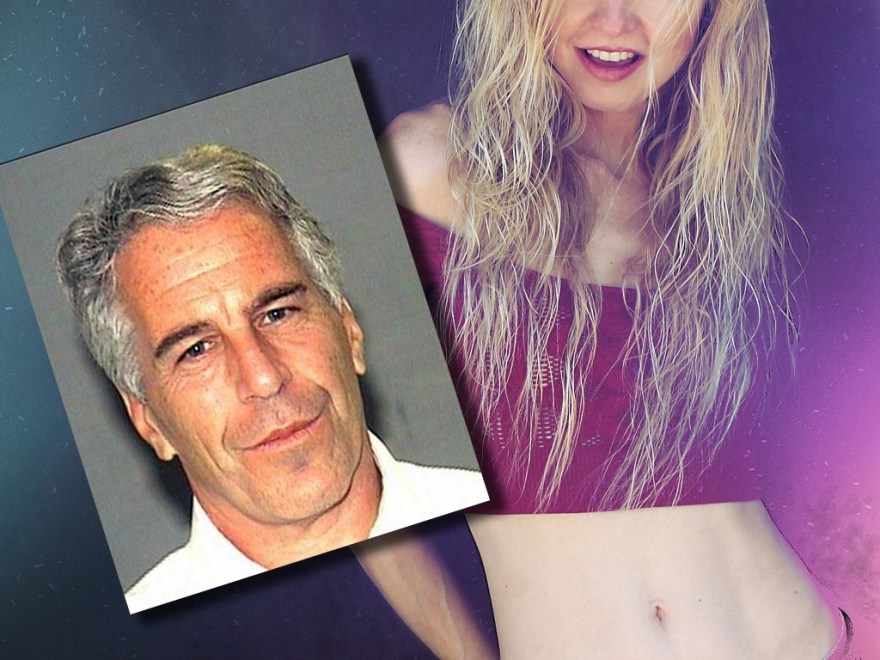 In a new podcast, recordings from witness interviews of women who were victims of billionaire pedophile Jeffrey Epstein that had been buried for years, have finally come to light and in a recent podcast, excerpts of those audio recordings reveal that Epstein’s victims were not just to personally “entertain” him, but also to be used to recruit new victims for him.

The recordings were played on the Devil in the Darkness podcast, which you can hear below.

According to Radar Online:

The recordings come from an investigation by Palm Beach police — the first force to investigate the allegations against Epstein. The disturbing details include that the girls involved were encouraged to bring underage prospects to the convicted offender. One of the victims was questioned by an officer, “Did Jeff know anybody’s real age, or he didn’t care?” She replied, “I don’t think he cared. He told me, ‘the younger the better.’”

Several victims’ statements are included in the latest podcast episode, “Secret Diary of a Sex Slave.” One girl claimed she was 16 or 17 when she was approached to go see Epstein, and she told an officer in a recording, “Every girl that meets Jeffrey starts off with giving him a massage. The more you do with him, the more you make … if you take off your clothes, you’re gonna make more. If you let him do things to you, you’re gonna make more.”

That allegation is echoed by another victim, who told investigators that when another girl came to her in need of money, she directed her to Epstein — part of a long chain of underage girls recruiting others to the network of sex abuse he built. She told the other girl that in order to make $200, she had to, at the very least, take her clothes off. “She walked out of there with $300,” she said in a recording. “When she got in the car I was like, ‘how much did to make?’ And she said $300. I just knew right then that she did more.” The victim giving the statement asked the girl what she did, and the young woman claimed that after her clothes came off during a massage she gave Epstein, “He put his fingers inside me.”

Alicia Arden, who wanted to be a Victoria’s Secret

model, filed a police report against Epstein in 1997 due to the fact that she was arranged to meet with Epstein to pursue that career and when she met him at Shutters resort in Santa Monica, that’s when she discovered exactly what kind of creep he was.

When he attempted to lift her skirt and take her top off, she became extremely uncomfortable and fled.

She believes police dropped the ball on the investigation.  All they did, according to Arden, was call Epstein up, he denied it, and that was the end of it.

“It could have saved a lot of heartache for these girls,” Arden said. “I was touched and manhandled, and not physically penetrated … I feel that they dropped the ball … it’s so upsetting.”

The newest episode also includes more information from the diary of Virginia Roberts, who alleged that she was not only abused by Epstein but pimped out to his famous friends as well — most notably,Prince AndrewOpens a New Window.. She noted that Prince Andrew was well aware that she was only 16 when they met. When she escaped his influence at age 19, she called Epstein to tell him he was never coming back. He merely replied, “Have a nice life,” and hung up.

“All of my clients allege that they were underage victims of Mr. Epstein,” Gloria Allred — one of the attorneys representing some of Epstein’s victims — said in a recording on the podcast. “Even though some say, ‘well, some of the teens consented.’ As a matter of law, a child that is a minor under the age of 17 cannot legally consent.”

The recordings revealed the horrifying extent of the abuse these minors allegedly faced at Epstein’s hands — and how they were manipulated into participating in a recruitment chain to involve other girls who also could not consent. How much more will be disclosed about Epstein’s crimes as more victims come forward?

Well, I would say that Epstein’s victims who have obtained Allred’s services should be just as wary of her as they weren’t of Epstein, and for good reason.

, at least that’s according to Sony Pictures Television’s wishlist.