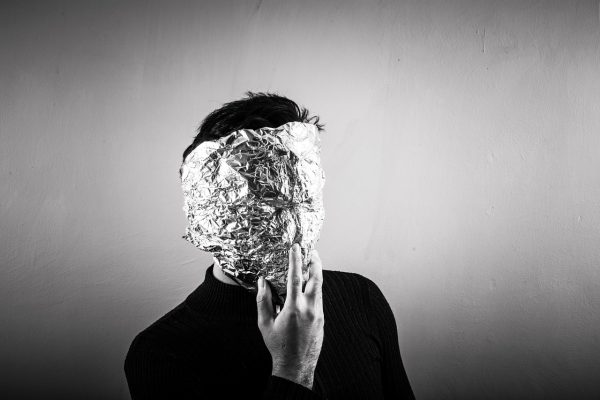 This “impeachment inquiry” is becoming more shady with each passing day.  Nancy Pelosi won’t even take a vote in the House to officially approve this “impeachment inquiry” because she is convinced that such a vote is not needed.  But as White House Counsel Pat Cipollone has aptly noted, the lack of a vote “violates fundamental fairness and constitutionally mandated due process”.  And now we are learning that the original whistleblower is asking if he can “submit testimony in writing instead of appearing in person”, which would likely mean that we may never found out the identify of this individual.  So we could potentially be facing a scenario in which the House of Representatives actually impeaches the president of the United States based on “testimony” from an anonymous source that they never actually get to see face to face.  The U.S. Constitution sets a very high standard for impeaching a president, and it is absolutely absurd that this process is moving forward based on information from someone that does not want to face any sort of public scrutiny and that did not even have firsthand knowledge of Trump’s conversation with the president of Ukraine in the first place.

And guess what?  Now that the original “whistleblower” has gotten so much favorable attention, it has encouraged other “potential whistleblowers” to start coming forward…

They seem to be emboldened by the actions of the whistleblower whose explosive account of President Donald Trump’s phone call to Ukraine’s Volodymyr Zelensky about investigating Trump’s domestic political rivals ignited the impeachment inquiry.

After all, if they never even have to testify publicly, there isn’t much risk for these “whistleblowers”.  Anyone in the government that wants to take down Trump could come forward with “damaging information”, and of course the Democrats would be all too eager to gobble it up and run forward with it.

According to the Daily Beast, the new “whistleblowers” are currently being vetted by “congressional investigators”…

Congressional investigators are currently vetting the new accounts they’ve received for credibility. Accordingly, knowledgeable sources would not discuss where in the government these new would-be whistleblowers come from, nor what they purport to have to say.

Needless to say, the term “”congressional investigators” could easily be replaced by “Democratic political hacks”, and anyone that has anything that could even remotely be damaging to Trump will be considered to be “credible”.

Lawyers for the CIA officer whose whistleblower complaint helped ignite an impeachment inquiry into President Trump have asked Congress whether their client could submit testimony in writing instead of appearing in person, according to people familiar with the matter.

The request reflects concerns about whether the whistleblower could testify to Democrats and Republicans without revealing his identity, and fears that doing so would lead to it being publicly leaked, jeopardizing his personal safety. The intelligence committees haven’t yet responded to the inquiry about potential written testimony, the people said.

It is true that once the identity of this “whistleblower” becomes known, that person’s life will never be the same again.

But if you are going to take down the president of the United States, it is not something that can be done anonymously.

At this point Trump’s life has been made a living hell by this “whistleblower”, and Trump deserves to be able to face his accuser.

Not only that, but if a president that is supported by nearly half the country is going to be thrown out of office, the American people deserve to hear directly from the prime witnesses.

This is a very, very serious matter, and this process should be treated with the utmost gravity.

Right now, the mainstream media is relentlessly hammering Trump, and the American public is increasingly becoming convinced that the president may have committed some sort of a crime.  In fact, the most recent Fox News poll shows that 51 percent of all Americans want “Trump impeached and removed from office”…

Just over half of voters want President Trump impeached and removed from office, according to a Fox News Poll released Wednesday.

Needless to say, President Trump was not very impressed by this new Fox poll…

President Trump bashed his erstwhile favorite news channel, Fox News, in a pair of tweets Thursday touched off by a new Fox News poll that found a majority of Americans want to see him impeached and removed from office.

“From the day I announced I was running for President, I have NEVER had a good @FoxNews Poll,” Trump tweeted. “Whoever their Pollster is, they suck.”

But what everyone seems to be forgetting is that in order for the president of the United States to be impeached and removed from office, he must have committed a crime, and that is simply not true in this case.

You can’t impeach a president just because you don’t like him or her.

Unfortunately, at this point our government has totally gone off the rails.  The Democrats and many Republicans seem to have no problem with repeatedly trampling on the Constitution, and this is something that I have repeatedly warned about.

The Democrats, the mainstream media and “never Trump Republicans” are setting this nation up for a major political disaster.

If President Trump is illegally impeached and illegally removed from office, there is going to be an uproar on the right like we have never seen before.

But if President Trump is illegally impeached by the House and then protected by the Republicans in the Senate, that could cause a tremendous amount of unrest on the left.

Either way, this country is going to be deeply, deeply divided by this illegal process, and at this point it is very difficult to see how this story is going to have a positive ending.