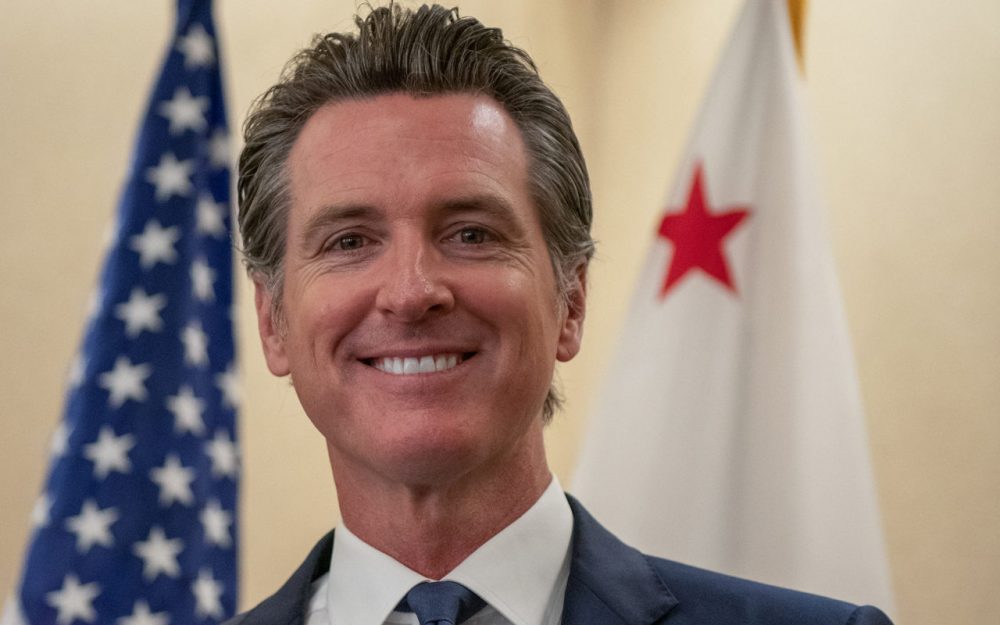 One of the bills, which expands a so-called “red flag” law to allow co-workers, employers and educators to seek gun violence restraining orders against firearms owners they fear are a danger to themselves and others, was vetoed twice by Newsom’s predecessor, Jerry Brown.

Newsom also signed a companion bill allowing the gun violence restraining orders to last one and five years, although the gun owners could petition to end those restrictions earlier. The bill also allows judges to issue search warrants at the same time as they grant the orders. The warrants can be used immediately if the gun owners are served with the relinquishment orders but fail to turn over the firearms or ammunition.

“California has outperformed the rest of the nation, because of our gun safety laws, in reducing the gun murder rate substantially compared to the national reduction,” Newsom said as he signed the measures surrounded by state lawmakers. “No state does it as well or comprehensively as the state of California, and we still have a long way to go.”

Between 1993 and 2017, the latest available, there was a 62 percent decline in the gun murder rate in California, nearly double the 34 percent nationally, Newsom said.

Co-workers who want to request a gun violence restraining order will have to have “substantial and regular interactions” with gun owners, and co-workers and school employees will need to get approval from their employers or school administrators before seeking a restraining order.

Those seeking the orders will be required to file sworn statements detailing their reasons for doing so.

The American Civil Liberties Union (ACLU) opposed the bill, saying it “poses a significant threat to civil liberties” because a restraining order can be sought before a gun owner has an opportunity to dispute the request.

Additionally, those making a request under the new law may “lack the relationship or skills required to make an appropriate assessment,” the ACLU said.

The bill’s author, Democratic Assemblyman Phil Ting of San Francisco, cited a recent study finding that gun restraining order laws may have helped prevent 21 mass shootings, though the University of California, Davis, researchers cautioned that “it is impossible to know whether violence would have occurred.”

The National Rifle Association (NRA) and its state affiliate, the California Rifle and Pistol Association, opposed the new restrictions, according to the Los Angeles Times.

The Democratic governor also signed a law that will limit Californians to purchasing one long rifle per month, according to The Sacramento Bee.

This law expands the current legislation that applies to handguns, and it will prevent people under 21 from purchasing semi-automatic rifles and other similar firearms.

The collective measures “tweak” the state’s current laws and “improve implementation,” according to Amanda Wilcox, spokeswoman for the Brady Campaign to Prevent Gun Violence.

Ting also has a companion bill that would allow gun owners starting next September who are the subjects of restraining order requests to file a form with the court saying they won’t contest the requests and are surrendering their firearms. Under current law, even those who agree to give up their guns must go through a court hearing, which Ting says wastes time and resources.