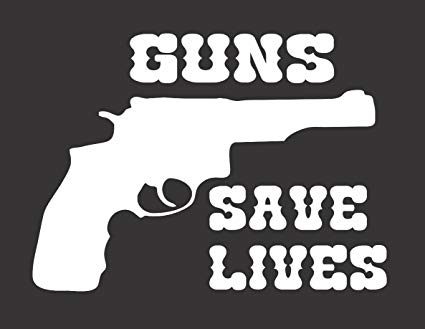 When the Virginia State Crime Commission and the House Judiciary Committee held hearings earlier this fall regarding firearm policies, it was striking how little many gun control advocates and policymakers know about basic facts related to guns and gun violence.

It also was clear how devastating many of their policy proposals would be for law-abiding Americans who choose to exercise their Second Amendment rights.

These legislators and advocates, like most of us, genuinely want to create safer communities and protect innocent people from violence. But the reality is the overwhelming majority of lawful gun owners never will be a threat to themselves or others, nor would imposing substantial barriers to lawful gun ownership make anyone safer.

Not only do Americans use their firearms for lawful purposes far more often than they use them to commit crimes, but studies routinely show that a very small number of repeat criminal offenders are responsible for the majority of gun-related crimes, even though they’re already prohibited from possessing firearms.

The Centers for Disease Control and Prevention concluded in 2013 that “almost all major studies” on defensive gun uses have found that Americans defend themselves with their firearms between 500,000 and 3 million times each year. This makes lawful gun owners an important factor in overall public safety.

Every month this year, we’ve highlighted in The Daily Signal just some of the many times that law-abiding citizens used their firearms to defend themselves or others from threats to their lives or livelihoods. (Take a look at January, February, March, April, May, June, July, and August.)

September was no different, according to police reports in the news:

Sept. 1, San Antonio, Texas: A young woman shot and injured a man who was trying to break into her home through a back window at 2 a.m., police said. The man later was determined to be the woman’s ex-boyfriend, though she did not know who the intruder was at the time she fired.

Sept. 3, Houston: After a woman parked her vehicle outside her home in the early hours of the morning, two men approached the driver’s side window and attempted to rob her. The woman drew her firearm from her purse and fired two rounds at the men, who ran away, police said. One would-be robber was wounded in the process and later was charged with aggravated robbery. The woman told local reporters: “I got the gun for that purpose, but I never thought I would really have to use it. . . . I saved my own life.”

Sept. 8, Virginia Beach, Virginia: A Florida man was shot and paralyzed by his stepdaughter after he broke into his estranged wife’s Virginia home and assaulted both the wife and stepdaughter with a wrench. Investigators said they later found garbage bags, zip ties, duct tape, and various weapons in the man’s car, along with a journal detailing his plans to kill his wife.

Sept. 11, Cherokee County, Georgia: A homeowner used her firearm to defend herself against a man who started banging on her doors and windows. The homeowner did not know the man and yelled at him to leave, and he temporarily retreated. The man returned and became even more aggressive, threatening to kill the homeowner, who had armed herself with a firearm. When the man began to approach the homeowner, she shot and killed him, police said.

Sept. 16, Providence, Rhode Island: A man was smoking outside his home when someone approached, held a gun to the man’s head, and demanded everything in his pockets. The robber then forced the man into the apartment, where they fought. The man was able to reach his own gun and shoot the robber, who later was arrested after seeking treatment for his wounds, police said. Despite the state’s strict gun laws (it has a “B+” rating from the Giffords gun control group), a neighbor told reporters that these types of crimes were common in the area and that his family had been victimized several times as well.

Sept. 19, Atlanta: Three masked teens approached residents outside their home before one teen opened fire on the residents with a handgun. One resident used his AR-15 to return fire in self-defense, firing numerous rounds and killing all three assailants, police said. The residents were unharmed.

Sept. 19, Miami-Dade County, Florida: A lunch break for an armed Good Samaritan took a heroic turn when she intervened to stop a brutal robbery and assault occurring outside a Popeyes restaurant. The woman fired her handgun at an assailant as he pummeled a bleeding and helpless victim lying on the concrete, police said. The rounds missed the assailant, but the shots were enough to make him run away. The woman told reporters this was the first time she had fired her gun outside a gun range, and that although it was “an intense moment,” she just “had to stop” the assailant. “I just had to save the guy’s life,” she said. “That’s all I did was try to save someone’s life.” Police later arrested the assailant.

Sept. 22, Salina, Kansas: A father and daughter held a man at gunpoint after he kicked in their door in a home invasion. The man initially told the father that he was running away from someone, but the father yelled for his daughter to bring his gun after it became clear the man was trying to lock them all in the house, police said. The family had prepared for emergency situations like this one and were able to detain the man until police could take him into custody.

Sept. 26, Redding, California: A holder of a concealed carry permit helped intervene in a kidnapping after it became clear to him that another customer at a gas station was holding a woman against her will. Earlier in the evening, the man had assaulted the woman’s sister before forcing the woman into his car and driving off, police said. The permit holder noticed the woman was in distress, confronted the man, and held him at gunpoint until law enforcement arrived.

As these examples show, the first line of defense against crime are those on the scene when crime occurs. Despite our deep respect for law enforcement, police officers are not always there when crimes occur. They respond to calls of those who are already in peril, or to a crime scene after the offense has occurred.

Government exists to protect the inalienable natural rights of its citizens, but unfortunately, sometimes the government is unwilling or unable to do so in a timely and effective manner.

Cooper Conway is a member of the Young Leaders Program at The Heritage Foundation.

Amy Swearer is a senior legal policy analyst at the Meese Center for Legal and Judicial Studies at The Heritage Foundation.