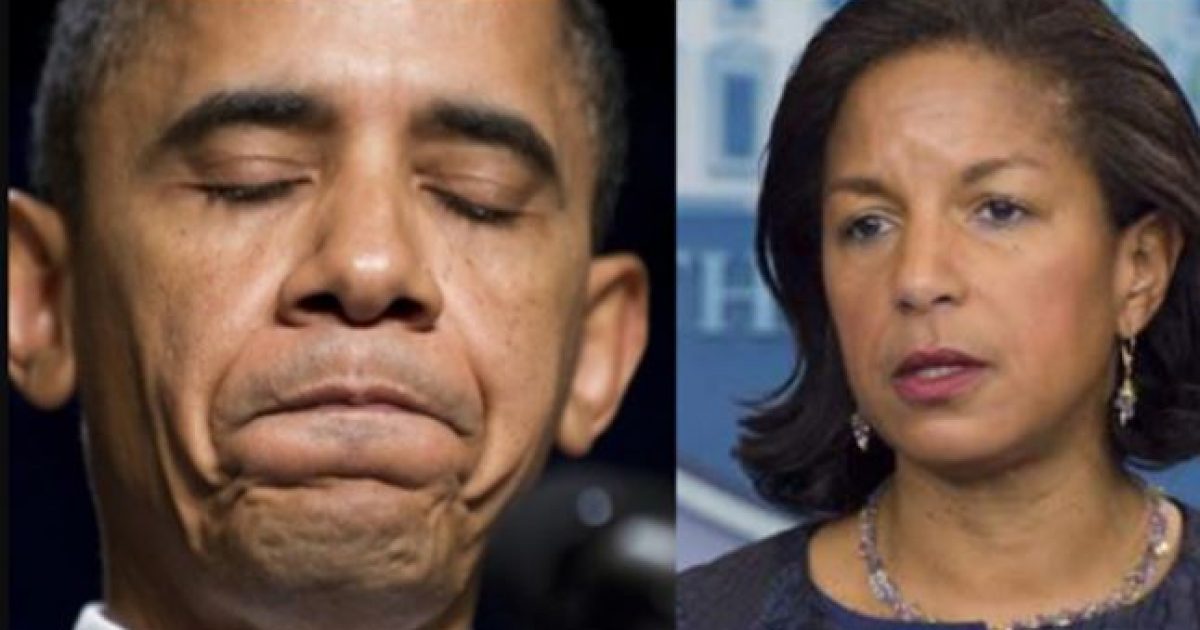 Elder Patriot’s POV and Opinion and Views, NOT Unbiased reporting (such a thing does not exist, ask the NYT) It’s been two-and-a-half years since Susan Rice wrote a rather curious email to herself at exactly the same time that Donald Trump was being inaugurated on January 20, 2017.

Why, with literally minutes left before vacating the White House would she be writing an email memorializing a meeting that had taken place on January 5, 2017, more than two weeks prior?

Even more importantly, why was a portion of Rice’s email (of unknown length) redacted as classified if this was a simple CYA memo?

On February 8, 2018, Chuck Grassley (R-IA) and Lindsey Graham (R-SC), outgoing and incoming chairmen of the Senate Judiciary Committee, sent a letter to Obama’s National Security Adviser Rice inquiring about the odd timing of the email:

They then proceeded to ask for answers to twelve questions that arose from her email.

Kathryn Ruemmler, who made her bones as Obama’s alleged ‘fixer’, as I understand it, is representing Rice.  On February 23, 2018 she sent the following response to Sens. Grassley and Graham:

Ruemmler’s words are inconsistent with this account from a Washington Post article of June 23, 2017 at a time when the Post was still trying to support the Obama administration’s efforts to paint President Trump as a Russian asset:

Brennan  convened a secret task force at CIA headquarters composed of several dozen analysts and officers from the CIA, the NSA and the FBI.

The unit functioned as a sealed compartment, its work hidden from the rest of the intelligence community. Those brought in signed new non-disclosure agreements to be granted access to intelligence from all three participating agencies.

They worked exclusively for two groups of “customers,” officials said. The first was Obama and fewer than 14 senior officials in government. The second was a team of operations specialists at the CIA, NSA and FBI who took direction from the task force on where to aim their subsequent efforts to collect more intelligence on Russia.

The secrecy extended into the White House.

At first, only four senior security officials were allowed to attend: Brennan, Clapper,

*This comment has been disputed by the left and it has been suggested that it is not in reference to the Trump/Russia investigation … we will let you decide.

It’s been almost 2 years since Grassley and Graham’s letter.  Her lawyer’s letter raises questions as to what she’s hiding and why.  As well, there’s been more than enough time declassify the redacted paragraph if a cover up isn’t under way.

It’s time for Republican leadership to do the job we elected them to do or to GTFO of town.

Biden Is Lying: Images Of Hunter Disrobed With Minor Prove It

Lawyers with “The Orders Project” encouraging National Guard to stand down...